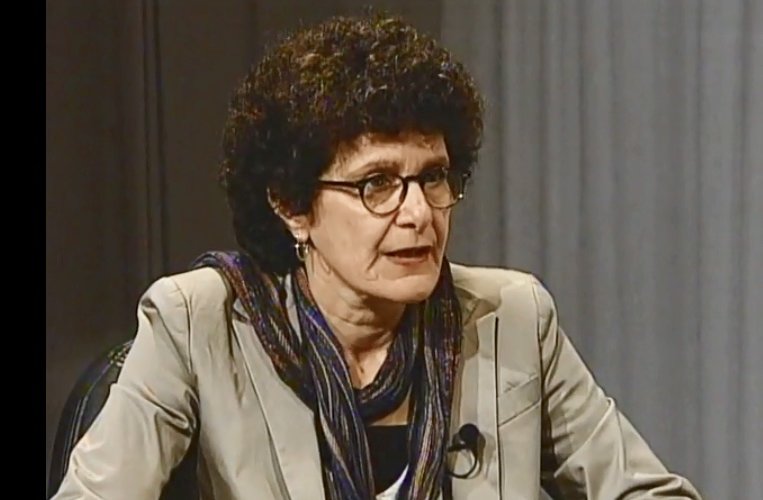 July 9, 2020 (LifeSiteNews) – A convicted terrorist is on the board of the umbrella group that provides tax-exempt financial status to the Black Lives Matter organization, one of the group’s “projects.” Susan Rosenberg had spent 16 years in prison for terrorizing the United States during the presidency of Ronald Reagan.

In other words, thanks to the fiscal sponsorship arrangement between Thousand Currents and Black Lives Matter, donations to the latter group are also tax-exempt.

Rosenberg is one of seven members of the board of directors of Thousand Currents. While the website listing those board members was removed by the organization shortly after the Capital Research Center’s article was published, an archived version is still available online.

Rosenberg openly admitted in her short biography that she had spent “16 years in federal prison,” and was released “in 2001 through executive clemency by then-President Bill Clinton.”

Scott Walter of the Capital Research Center filled in the gaps.

“Rosenberg, who started out as a member of the 1960s revolutionary group Weather Underground, graduated into even more violent, and arguably successful, forms of terrorism in the 1970s and 1980s — including bombings at an FBI field office in Staten Island, the Navy Yard Officers’ Club in Washington, D.C., and even the U.S. Capitol building, where she damaged a representation of the greatest of the Democrat defenders of slavery, John C. Calhoun,” he wrote.

“In fact, Rosenberg was a member of the May 19th Communist Organization (M19),” he continued. “It was, according to this NY Post article from January 2020, ‘the nation’s only woman-run terror group,’ as recounted by William Rosenau in his book Tonight We Bombed the U.S. Capitol.”

Among other incidents, M19 was responsible for “bombings in New York and Washington, D.C., that were meant ‘to cast a cloud over what President Ronald Reagan’s re-election campaign was promising: a sunny, prosperous ‘Morning in America.’ Reagan’s election in 1980 told the remnants of America’s radical left that the country had rejected their call to revolution.’”

In November 1984, Rosenberg and another M19 member were arrested outside a storage unit in New Jersey that contained “740 pounds of unstable dynamite stolen from a Texas construction firm four years earlier.”

In her memoirs, Rosenberg explained why she did not consider herself to be a terrorist. She said she “pursued a path that seemed to me a logical step beyond legal protest: the use of political violence. Did that make me a terrorist? In my mind, then and now, the answer is no. I say this because no act in which I was involved ever had violence against persons as its object or consequence.”

After her release from prison, Rosenberg first worked for the American Jewish World Service and then “as a strategic consultant in organizational development with a focus on human rights, international development and criminal justice reform.” On Thousand Currents’ board of directors, she is the vice-chair.

Regarding its relationship to the Black Lives Matter movement, Thousand Currents states on its website that it was approached in 2016 “to create a fiscal sponsorship agreement. Thousand Currents, a 501(c)(3) tax-exempt nonprofit organization, provides the legal and administrative framework to enable BLM to fulfill its mission.”

“Oftentimes, nonprofit initiatives seek fiscal sponsorship to be able to have the fiscal sponsor handle administrative operations while the organization focuses on its programs and builds up its own organizational infrastructure,” the group explained. “In this capacity, we provide administrative and back office support, including finance, accounting, grants management, insurance, human resources, legal and compliance.”

Patrisse Khan-Cullors, one of the three founders of the Black Lives Matter movement, publicly admitted that she and fellow founder Alicia Garza, an open homosexual, “are trained organizers. We are trained Marxists. We are super versed on, sort of, ideological theories. And I think that what we really try to do is build a movement that could be utilized by many, many black folk.”

Scott Walter commented in his article, “The long and the short of Rosenberg’s involvement with Thousand Currents is that numerous Black Lives Matter organizers have ties to extremist movements of the past and are not some brand new movement simply fighting for marginalized people today.”

Black Lives Matter’s fundraising machine also has an interesting link to supporters of the Democratic Party. When visitors to the official website of the Black Lives Matter movement click on the donate button, they are redirected to a subdomain of ActBlue. ActBlue, in turn, describes itself as “a powerful online fundraising platform for Democratic candidates up and down the ballot, progressive organizations, and nonprofits.” Thus, ActBlue “is available to Democratic candidates and committees, progressive organizations, and nonprofits that share our values for no cost besides a 3.95 percent processing fee on donations.”

Black Lives Matter has made it clear that, as an organization, it exists to overthrow the existing order within the United States, stating on its website about its plan to “disrupt the Western-prescribed nuclear family structure requirement” and to “foster a queer‐affirming network.”