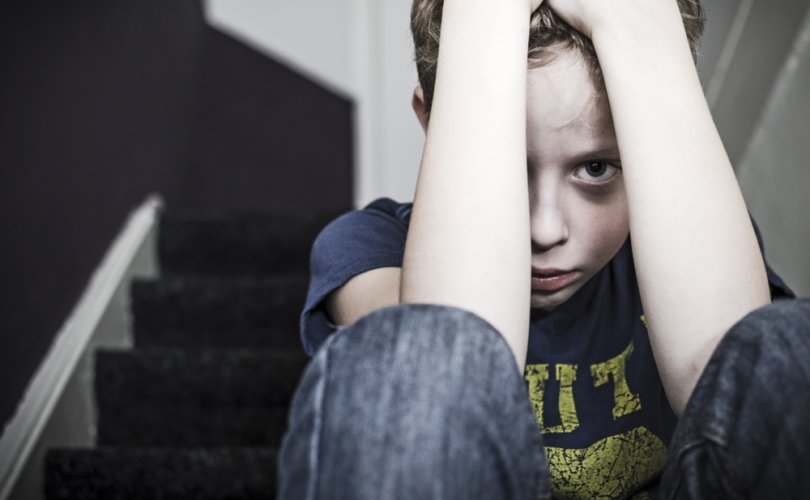 January 22, 2019 (LifeSiteNews.com) – A man convicted in 2006 for distributing pornography showing the rape and torture of children has now written an article for a prominent academic journal in which he openly defends adult-child sexual acts.

The article, which consists of a series of rationalizations for what is commonly known as child sex abuse, was accepted for publication by the journal Sexuality & Culture, a highly-ranked academic journal published by Springer Publishing Company, which publishes more than 2,700 academic journals.

Thomas O’Carroll, who has been imprisoned twice in Britain for his crimes, claims in the article that “(a) child–adult casual sexual pleasure as ‘play’ is morally permissible and (b) that child–adult sexual encounters, especially when they are part of a deeper relationship than might be suggested by the word ‘play’, need not be inimical to lives lived with the highest of ideals, and may indeed help define and contribute to those ideals.”

O’Carroll claims that the “evidence” gathered on “child sexuality” in fact “does not support the conventional wisdom of childhood innocence…and does indicate that mutually desired child–adult sexual relations are not intrinsically harmful and may be beneficial.”

He argues that ethical sex acts don’t have to be motivated by love, and can simply be manifestations of selfish desire, claiming that “attempts to bind ethical sex to love have been found wanting for many reasons…Lust without love, for instance, has been portrayed as selfish and inconsiderate, but this does not follow logically.”

O’Carroll also points to the “research” of other scholars, who claim that there is “a continuing and largely unmet need for bodily intimacy, including free sexual expression, throughout childhood and the teen years,” adding, “The idea of a sexual ‘sandpit’ may be invoked, where sexual and relationship learning can take place without the burden of adult responsibilities, just as, traditionally, little girls have long been able to rehearse motherhood by playing with dolls.”

Sexuality and Culture has an impact rank of 31 out of 128 journals on the topic of “gender studies,” according to Scimago Institutions Rankings.

O’Carroll has been jailed three times for pedophilia-related crimes. He spent two years behind bars after being convicted in 1981 of conspiracy to corrupt public morals through his organization, the “Pedophile Information Exchange.” In 2002 he spent nine months behind bars after being convicted of importing child porn from Qatar, although the conviction was ultimately overturned and he was released before the completion of his sentence. He was convicted a third time in 2006 of making and distributing child pornography that included images of children being tortured, but only served two and a half years in jail before being released, to the consternation of police involved in the case.

Moira Greyland, whose harrowing account of the sexual abuse committed against her by her pedophilia-advocating parents became an Amazon bestseller last year, told LifeSiteNews that the O’Carroll article “makes me want to dispense knuckle sandwiches.”

“It is as though he was eating a hamburger and claiming the cow enjoyed it,” added Greyland.

Greyland noted that rapists generally claim that their victim really desires the sexual activity being imposed on them, and that pedophiles are no exception.

“Most convicted rapists will recite the old wheeze ‘she wanted it,’” Greyland told LifeSite. “But what is actually taking place is that a person with less social power is being overwhelmed by another person, and rather than express discomfort or pain, the overwhelmed person must simply fulfill the social contract necessary to not upset the overwhelmer by objecting, screaming, or running. “

“Many children will say of these experiences that they were ‘too scared to cry.’ I can certainly attest to that reality. When an adult is doing what he or she wants to do, who are we to tell the adult what he can or can’t do?”

Greyland’s story drew the attention of many in the science fiction community because her mother was the famed science fiction writer Marion Zimmer Bradley. Greyland noted that the notion that children can “consent” to sexual activity was a standard rationalization used by her parents, who were public advocates and defenders of pedophilia.

“Both my parents believed in the notion that children can ‘consent’ to sex, and both of them wrote about it. In practice, though, where in their imaginations, they might have thought we were consenting, those of us who are still alive are scarred by these ‘relationships,’” Greyland said.

“All of us who are still alive have either desired suicide or attempted it, or both. Some of the ones who are dead succeeded in committing suicide. Suicide allows us to not break the social contract of being nice to the adults who hurt us.”

Sexuality and Culture derided for publishing hoax paper in 2018

Sexuality and Culture became the object of derision in 2018 when it published a ridiculous hoax paper written by three academics to demonstrate the intellectual bankruptcy of journals specializing in “gender studies,” “LGBT studies,” and other similarly ideologically-charged themes.

The paper was called “Going in Through the Back Door: Challenging Straight Male Homohysteria, Transhysteria, and Transphobia Through Receptive Penetrative Sex Toy Use.” After the trio revealed their hoax to the public, Sexuality and Culture retracted the article.

The authors of the bogus study later said of their experiment that, “So far, what we’re learning is rather astonishing…What appears beyond dispute is that making absurd and horrible ideas sufficient politically fashionable can get them validated at the highest levels of academic grievance studies.”

To express your opinions about the publication of the article by Springer: [email protected]

Contact the author of this LifeSiteNews article at [email protected].