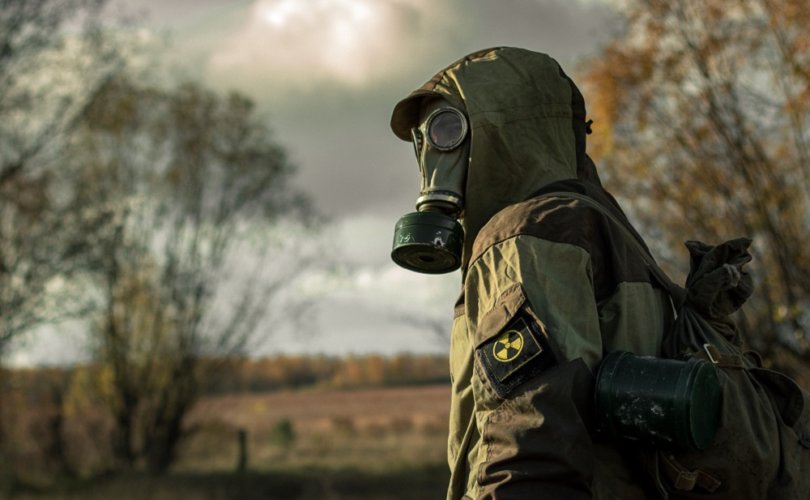 March 12, 2020 (LifeSiteNews) ― As fear of coronavirus infections spreads across the world, spiritual leaders are shutting down churches and stopping public worship while various countries and organizations are tightening borders and canceling events that involve travel or large crowds.

Churches have been closed to the faithful in both Italy and Slovakia.

Polish bishops, however, have called for more Masses in response to the coronavirus, saying that it would be “unimaginable” to close churches.

In the United States, Archbishop Paul Etienne has suspended all public Masses in the Seattle archdiocese. Etienne released a video yesterday explaining that he had introduced the ban “out of an extreme measure of caution” and reminded his priests of their obligation to say Mass every day. Bishops in Quebec, Canada have followed suit. Masses are also cancelled in Belgium.

In Philadelphia, Bishop Nelson J. Perez has taken the less extreme step of suspending his flock’s obligation to attend Sunday Mass this week instead of forbidding them the holy sacrifice. The bishops of Austria have similarly released Catholics from their Sunday obligation.

The miraculous pools at the shrine of Lourdes, France have been closed since March 1 in response to the coronavirus outbreak.

U.S. citizens and residents returning home from Europe will be expected to self-isolate for 14 days.

Non-citizens and non-residents who have been in China and Iran in the past 14 days will also be refused admittance. U.S. citizens and residents will be allowed home if they land at one the eleven airports offering health screening. According to CNN, these are Atlanta, Chicago, Dallas, Detroit, Honolulu, Los Angeles, New York (JFK), Newark (New Jersey), San Francisco, Seattle, and Washington.

The USA is not alone in closing its borders to Europeans. The Czech Republic has also announced that it will close its borders to non-Czechs traveling from Austria, Denmark, France, Germany, Italy, Norway, Spain, Switzerland, Sweden, and the U.K., as well as from China, Iran, and South Korea.

Australia will not permit non-Australian travelers from China, Iran, Italy, and South Korean to enter for 14 days after leaving those countries. Australians traveling from these nations are being required to self-isolate for two weeks after returning home.

Austria has banned travelers from China’s Hubei Province, Iran, Italy, and South Korea from visiting the country unless they have a recent medical certificate declaring them free of the coronavirus.

Hong Kong will not permit any non-resident who has been in South Korean or China’s Hubei Province for the past two weeks, or who has a Chinese passport issued in the Hubei Province, to enter Hong Kong. Hong Kong residents returning home from those regions will have to self-isolate for two weeks after their arrival.

According to CNN, which has a comprehensive list of travel restrictions, India is suspending all travel visas and has placed a two-week quarantine on all travelers who have recently visited China, France, Germany, Iran, Italy, South Korea, and Spain.

Canada has not imposed travel restrictions, but Prime Minister Justin Trudeau is now self-isolating because his wife Sophie began to experience flu-like symptoms after the couple returned home from London, England.

In Brazil, President Jair Bolsonaro’s press secretary, Fabio Wajngarten, tested positive for coronavirus today. As Wajngarten met with Donald Trump over the weekend, this has led to questions about the American president’s health. However, President Trump has stated that he is “not concerned.” President Bolsonaro is being monitored for the illness.

The COVID-19 pandemic has also led to the closures of schools in affected parts of the USA and around the world. In the USA, public schools have now been closed in Seattle; in the Elk Grove Unified School District in Northern California; in Washington, D.C.; in hard-hit New Rochelle, New York; and in Connecticut, Georgia, Illinois, Tennessee, and many other states. In addition, other schools are expected to close in the near future. The Education Week website is carrying a list of the nation’s school closures, which it updates twice daily.

“Schools are closing for many reasons related to coronavirus, including exposures, cleaning, or planning for extended closures.”

It was announced today that schools in Ontario will be closed for two weeks following the annual March Break. Schools and universities have been closed in Italy, where millions of people are in self-isolation; Poland; and the Republic of Ireland. Schools and universities in Northern Ireland and the rest of the United Kingdom remain open. Schools in Armenia, Iran, Japan, and South Korea are also closed, as are schools in Madrid, Spain and Manilla, Philippines. Kazakhstan, which as yet has no cases of coronavirus, has nevertheless closed its own schools. France’s schools will close on Monday. A list of international school closures due to coronavirus fears can be found here.

The spring sports season has been interrupted in the USA and Canada. The National Basketball Association, Major League Soccer, and now the National Hockey League have all suspended their games because of the coronavirus.

Meanwhile, the governor of Washington has banned all assemblies of people numbering over 250.

Catholic priest Fr. Anthony Pillari told LifeSiteNews that times of crisis are a “great spiritual opportunity” for those with faith to help those who have no faith and no hope.

Pillari said that Jesus told his followers that they should have “great hope” in the time of any tribulation, “including the current virus epidemic.”

Calling the crisis a “great spiritual opportunity,” Pillari reminded us that we should be happy when facing death, for it will bring us to Christ.

“The current crisis is a wonderful opportunity to bear witness to others of our own peace, calm, faith, and hope in Christ and in what — we hope — awaits us after this life,” he said.

“That calm, joyful witness can help others discover the only true source of hope and life: our Blessed Lord.”

The reminder that we will all die one day should also help us reflect on what is truly important.

“As opposed to sudden death which leaves little to no time for conversion, the knowledge of the possibility of imminent death can be most helpful,” Pillari wrote.

“It can lead people to reflect on how they are spending their time, on the meaning of life, on what is truly important, on the mistakes they have made.”

He noted also that this is a good time to reflect on the Four Last Things ― Death, Judgment, Heaven and Hell ― and to evangelize our unchurched brothers and sisters.