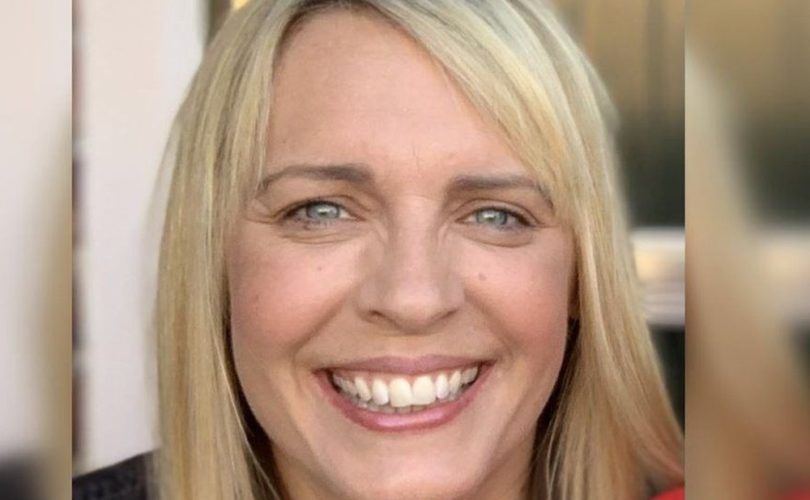 Lisa Shaw, a BBC radio presenter who died after being treated for blood clots following an Astrazeneca COVID-19 injection.Family handout

Today, after a hearing that lasted less than an hour, Newcastle senior coroner Karen Dilks declared that “Lisa died due to complications of an AstraZeneca Covid vaccine.”

Previously, the British Broadcasting Corporation (BBC) and other news media had downplayed the role the jab played in Shaw’s death. However, thousands of people worldwide have died or suffered other serious side effects after receiving the experimental COVID-19 inoculations. In the UK alone, over 1,000 have died soon after receiving the AstraZenica jab; a total of 1,590 post-vaccination deaths have been recorded here.

On May 13, Shaw was admitted to University Hospital of North Durham after complaining of “severe” headaches. When a scan revealed she had venous sinus thrombosis, Shaw was transferred to the Royal Victoria Infirmary in Newcastle. There the radio personality underwent a number of procedures as surgeons tried to relieve the pressure and bleeding on her brain.

Dr. Christopher Johnson, a consultant in anaesthetics and intensive care at the Royal Victoria, told the coroner that the surgery was unable to help with the cause of the clotting, and that it had been too risky to attempt removing the clots “manually.”

Pathologist Tuomo Polvikoski confirmed that Shaw had been active and healthy before taking the injection. The mother of one was not known to have any underlying health problems.

Regarding the “vaccine-induced thrombosis and thrombocytopenia,” Shaw had developed, Polvikoski stated that he “strongly supports the idea that it was, indeed, vaccine induced.”

“Based on available clinical information, it seems to be the most likely explanation,” he said.

Johnson downplayed any concerns about the injection, however, stating that this “was one of the first cases of this kind of vaccine-induced immune thrombocytopenia and thrombosis I had seen and had been seen nationally.”

The specialist’s lack of concern over the injection was in stark contrast to the reaction of veteran journalist Neil Clark, who wrote on Twitter: “Just imagine the peer-group pressure poor #LisaShaw (in a v.low risk CV group) a BBC employee, would have been under to take the new vaccine. The BBC’s ‘Disinformation’ Unit has played a bad role in smearing people who had rational concerns as ‘anti-vaxxers’ and total nut-jobs.”

Just imagine the peer-group pressure poor #LisaShaw (in a v.low risk CV group) a BBC employee, would have been under to take the new vaccine. The BBC’s ‘Disinformation’ Unit has played a bad role in smearing people who had rational concerns as ‘anti-vaxxers’ and total nut-jobs.

Controversy over death and reporting

Media reports at the time of her death in May stated merely that Shaw had been in hospital for a “short illness.” Fuller details only began to emerge after her family stepped in and revealed the link to one of the experimental COVID-19 injections.

Shaw’s relatives released a second statement following her death, revealing that Shaw had developed “severe” headaches only one week after having the Oxford/AstraZeneca injection and had fallen seriously ill a few days later. Describing some details of her hospital visits, Shaw’s family said she had been treated for blood clots.

On her Youtube channel, British pundit Katie Hopkins shared allegations that the family had been told by the hospital that Shaw’s death would “definitely not be documented” as linked to the vaccine.

The BBC, Shaw’s former employer, reported that it had seen the interim fact-of-death certificate; apparently it listed “complication of AstraZeneca Covid-19 virus vaccination” only as a consideration, with the cause of death only to be determined following the investigation.

Official government advice in the U.K. in May was that those aged under 40 should be offered an alternative to the AstraZeneca injection, due to the risk of blood clots and thrombocytopenia. The injection has been subject to numerous headlines in recent months, as reports of blood clots following its administration have led a number of countries to suspend the injection for younger people.

However, current advice in the U.K. is that the injection can be given to adults over 18, and recipients are asked to seek “urgent medical attention if you get symptoms of a severe allergic reaction.”

Official data released by the British government around the time of Shaw’s death recorded a total of 5,820 blood disorders for the AstraZeneca injection from January 4 through May 19. There were 631 accounts of thrombocytopenia and 172 cases of immune thrombocytopenia in that same time period.

A May statement released by the Medicines and Healthcare products Regulatory Agency (MHRA) about Shaw’s death read: “As with any serious suspected adverse reaction, reports with a fatal outcome are fully evaluated by the MHRA, including an assessment of post-mortem details if available. Our detailed and rigorous review into reports of blood clots occurring together with thrombocytopenia is ongoing.”

Since then, the number of adverse reactions and deaths has grown. The most recent data documents 1,590 people who died following the injections, with 1,056 of those dying after the Astra/Zeneca injection. There are now 851 accounts of thrombocytopenia, 218 accounts of immune thrombocytopenia, and 7,354 blood disorders recorded following the Astra/Zeneca injection alone.

Many Christians, among others, are refusing to take the experimental inoculations, not only because of the harm they have done, but because cell-lines derived from aborted babies have been used in their development.