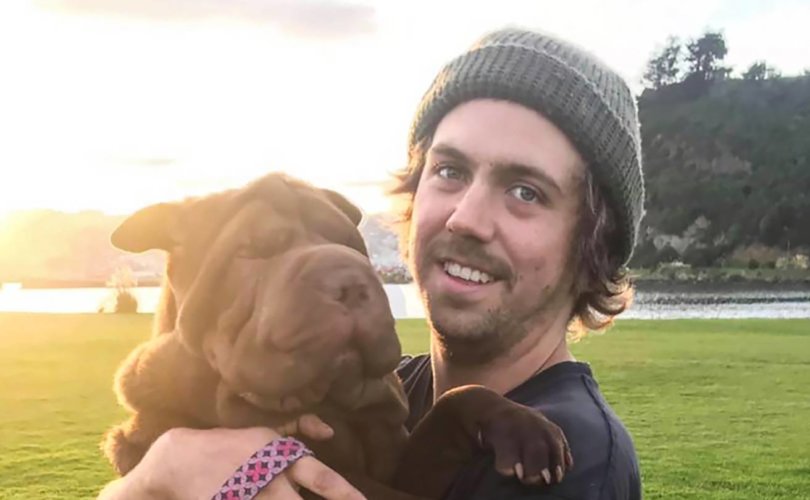 (LifeSiteNews) — A New Zealand man’s death was a result of receiving the COVID-19 vaccine, a coroner announced.

Rory Nairn died in November, just 12 days after receiving the first dose of the Pfizer vaccine. Following the shot, he experienced heart palpitations that were initially disregarded as stress about his upcoming wedding and home renovations.

The 26-year-old plumber collapsed and died just after his decision to go to the hospital for assistance.

“Given the public interest in whether or not Rory’s death was related to the COVID-19 vaccination he received on 5 November 2021, I consider it important to make public my findings as to the cause of Rory’s death as soon as I established it,” coroner Sue Johnson said.

An inquest was held in August and September. The investigation found that Nairn’s heart inflammation was acute myocarditis, a potential side effect of the Pfizer vaccine that had not been emphasized to Nairn and his fiancée.

According to Radio New Zealand (RNZ), those who administered Nairn’s vaccine had not been told to disclose information about the rare condition that may appear after the shot. The country’s Ministry of Health had previously released a statement in which medical professionals were told to be aware of any signs of myocarditis, specifically in relation to the Pfizer vaccine.

The owner of the pharmacy where Nairn received the shot “admitted she had missed the August warning” and said she “would have changed their practice to warn patients about the risk if she had been aware of it.”

Protocol surrounding the potentially life-threatening risk was changed as soon as the pharmacy received news of Nairn’s death.

The New Zealand Herald reported that a pathologist explained during the inquest that all other possible causes of acute myocarditis were eliminated except for the vaccine.

Johnson will continue to investigate “whether Nairn’s death could have been prevented” and determine if she will “make any recommendations.”

Since the beginning of the pandemic, research has repeatedly shown an increased risk of heart inflammation for patients after they receive the shots. The Centers for Disease Control and Prevention (CDC) called an emergency meeting as early as June 2021 to consider heart-related side effects of the vaccines. The CDC said that there seemed to be a connection between these effects and the vaccines, specifically Pfizer and Moderna.

In January 2022, British researchers published a study that showed a greater risk of deadly heart inflammation for young men in mRNA COVID-19 vaccines than the risk posed by contracting the virus itself.

More recently, autopsy studies have strongly supported the possibility that mRNA shots cause myocarditis, which led to death in each of the case studies.