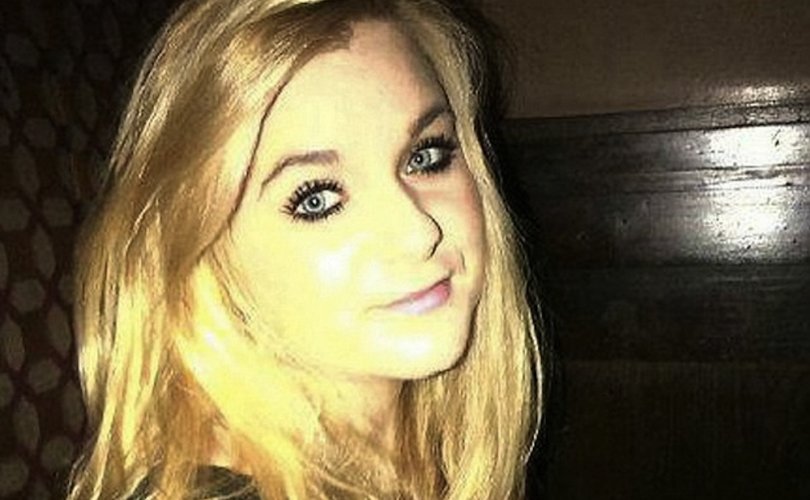 Charlotte Foster experienced an embolism in her lungs caused by deep vein thrombosis in her legs or pelvis, which caused her to go into cardiac arrest.

She suffered brain damage and died in January after three days in the hospital.

Foster had visited her doctor three weeks before her death. She complained of back pain and shortness of breath, but her doctor did not take her off Dianette, a contraceptive pill. Dianette increases a user’s risk of a blood clot.

Evidence provided to an inquest indicated that Foster had not reported any side effects after taking Dianette for several months, so her prescription was continued. She had reported a family history of pulmonary embolism, but different doctors had conflicting opinions about the risk contraceptives posed to Foster.

In 2012, a teenager died from a blood clot after taking Dianette.

There is a broad consensus among secular researchers and medical professionals that hormonal contraceptives increase a woman’s risk of developing a blood clot by up to three or four times.