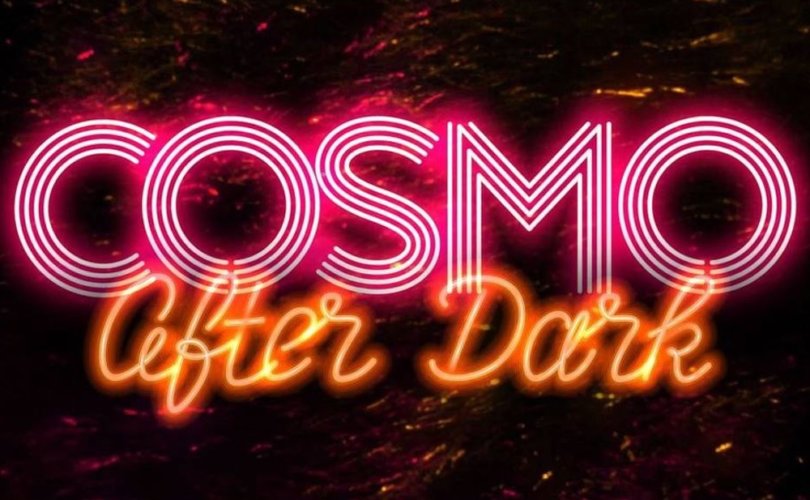 'Cosmo After Dark' has now been shut down on Snapchat. Cosmopolitan / Twitter screen-grab

May 25, 2018 (LifeSiteNews) – Cosmopolitan Magazine has pulled a new Snapchat channel for sexually explicit material after an outcry from concerned parents, children’s advocates, and many others.

“Why do we care?” McKenna said. “Because yesterday, I spoke to 240 eighth graders at a public middle school in Michigan. I asked the class to raise their hand if they use Snapchat regularly. A rough estimate had around 80% of the class raising their hand.”

Cosmo ran its first “After Dark” edition last Friday evening, and it has confirmed there won’t be a second thanks to the backlash, McClatchy reports.

“We strive to be a responsible source of news, entertainment and information for our community, and understand the legitimate concerns parents have about what content their children consume,” Snapchat’s Rachel Racusen said. “From the start, Cosmo's After Dark edition was age gated from Snapchatters under 18 and only intended for adults. Cosmo has decided to discontinue publishing any future versions of Cosmo After Dark on Snapchat, and we appreciate all the feedback we have heard from parents and members of our community about this content.”

Racusen’s statement stresses that the X-rated content was never available to minors, but McKenna warned that the age restriction could be easily circumvented by entering a fake birthday, and could not be consistently guarded against without the use of external web use monitoring services such as BARK.

Snapchat is one of several mainstream companies that children and parents’ advocates, including the National Center on Sexual Exploitation (NCOSE), have called out for making sexual content available to kids. Cosmo’s magazine, meanwhile, is infamous for promoting sexual promiscuity in explicit ways, as well as for advocating causes such as abortion.