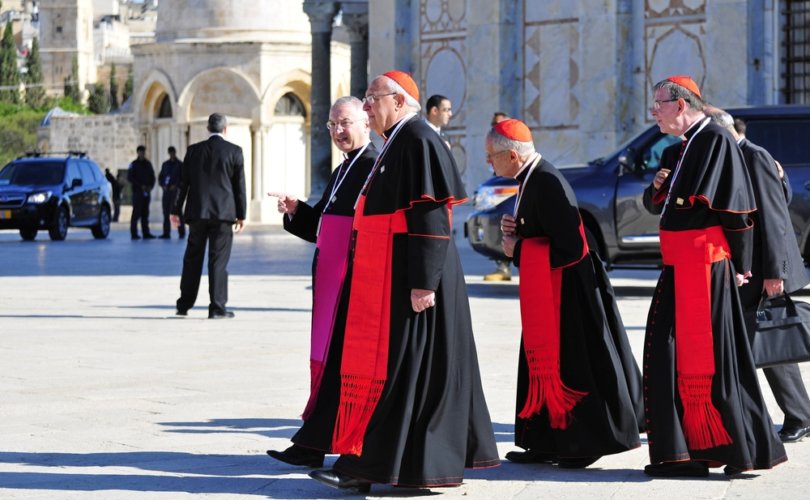 ROME, December 14, 2016 (LifeSiteNews) – The Pope's Council of Cardinals, the nine prelates advising the pope in his reform of Vatican structures, held a meeting this week, but the Vatican's spokesman insists they did not discuss what many observers consider the most pressing issue of the day: the dubia of the four Cardinals asking for clarity on Amoris Laetitia.

The Director of the Holy See Press Office, Greg Burke, told reporters that the cardinals didn't talk about the dubia and Pope Francis has been “very clear” that the Synod of Bishops already settled the hot-button theological and moral questions.

Cardinals Raymond Burke, Joachim Meisner, Walter Brandmüller, and Carlo Caffarra formally sent Pope Francis a dubia, a list of yes-or-no questions asking for clarification on whether the apostolic exhortation Amoris Laetitia is compatible with Catholic moral teaching. After the pope didn't respond, the cardinals made their concerns public.

Since then, Pope Francis still hasn't commented on the matter, although progressive priests and bishops have criticized the four signers. A few prelates, like Bishop Athanasius Schneider, have defended the dubia as a legitimate request that deserves to be answered.

Greg Burke said the dubia “is not the purpose” of the Council of Cardinals, according to Catholic News Agency.

According to a Vatican press bulletin, on Monday, Tuesday, and Wednesday, Pope Francis was with the cardinals during most of their meeting.