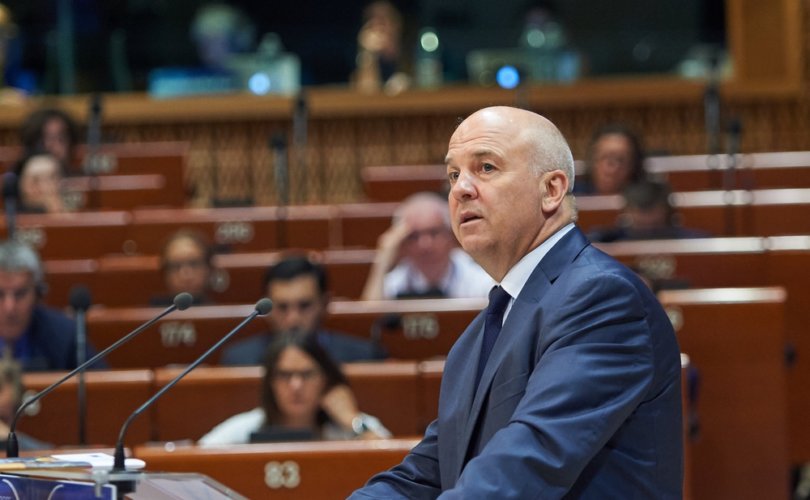 MALTA, February 26, 2018 (LifeSiteNews) – Malta must legalize abortion, the Human Rights Commissioner of the Council of Europe insisted, because it’s a matter of “human rights” and “equality.”

The Council of Europe’s Nils Muižnieks wrote this in a Times of Malta opinion piece published Monday.

“From a thorough analysis of human rights standards and jurisprudence applicable to Council of Europe Member States, it is clear to me that women’s human rights cannot be protected without ensuring their effective access to safe and legal abortion care,” he wrote.

The tiny Catholic country of Malta prohibits aborting any babies. However, it allows contraceptives, including some that can act as abortifacients.

“I am aware that some argue in favour of restrictions on access to abortion on the basis of a purported ‘prenatal right to life,’” he acknowledged. “However, after a thorough analysis of how the right to life is interpreted within core treaties, it is clear to me that this right does not apply prior to birth and that international human rights law and mechanisms do not recognise a prenatal right to life.”

Muižnieks outlined four ways in which he thinks Maltese officials should start pushing abortion: promoting “debate,” passing a very liberal abortion law, funding abortion so no one is unable to abort a baby due to financial burden, and propagating “comprehensive” sex education and more contraception.

“As a starting point, political leaders and opinion makers should promote a debate in which every individual or organisation has the possibility of expressing their views without fearing stigma or negative repercussions,” he wrote. “This would pave the way for lawmakers to amend the current legislation to bring it in line with human rights standards.”

Then, “no practical, financial or other barrier” should be able to prevent women from obtaining abortions.

“These measures should be complemented by others such as ensuring full access to comprehensive sexuality education and modern contraception, also because this will help prevent unwanted pregnancy and reduce the number of unplanned pregnancies,” he claimed.

There is a host of evidence that suggests just the opposite: that flooding society with contraception and “education” promoting promiscuity does not decrease abortion rates.

In 2017, Malta legalized same-sex “marriage.” In 2016, it was also the first European country to ban therapy for unwanted gay attractions.