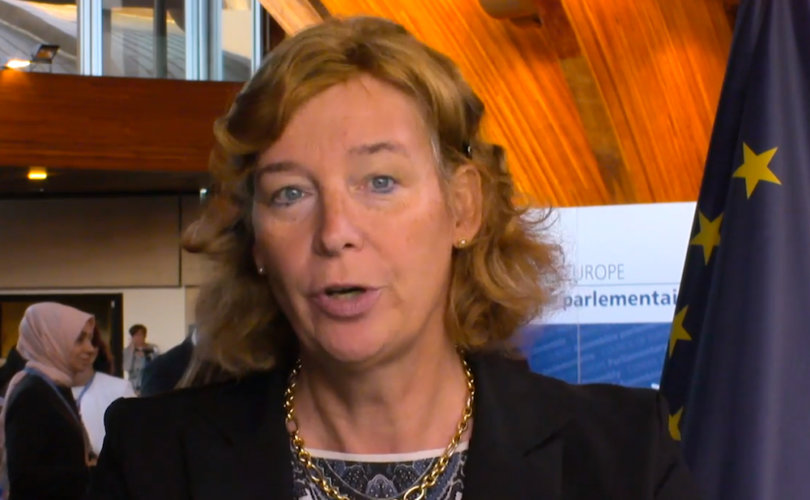 October 13, 2016 (LifeSiteNews) — A report on surrogate motherhood was slammed by the Committee on Social Affairs, Health, and Sustainable Development of the Parliamentary Assembly of the Council of Europe on Tuesday.

The report was written by Belgium’s Senator Petra De Sutter and intended for the 47 member states of the Council of Europe to legalize provisions for surrogacy agreements.

“The Parliamentary Assembly's rejection of the Recommendation on Surrogacy is significant because it is a refusal to adopt the position of the European Court of Human Rights, which currently gives effect to international surrogacy agreements even in countries where surrogacy is prohibited,” Laurence Wilkinson, legal counsel for ADF International in Strasbourg, France, explained to LifeSiteNews.

“The rejection of De Sutter’s proposals is a strong vindication of the rights of women and children who can be exploited, abused, and commodified by this troublesome practice.”

Surrogate pregnancy is the practice wherein an embryo is fertilized in a laboratory from the egg and sperm of genetic parents who pay a woman to have the embryo implanted in her womb to develop until birth. After birth, the “surrogate mother” returns the baby to his or her “parents.” Same-sex couples who purchase complimentary donor eggs or sperm often use this method to “conceive” a child of their own.

The surrogacy report attracted significant controversy even before the vote. De Sutter was accused of having a conflict of interest in light of professional involvement in surrogacy, said ADF’s press release.

Though the Council of Europe thwarted the attempt to legalize surrogacy for its member states, surrogate motherhood is still legal or overlooked by authorities, particularly in poorer countries. But the European victory might create ripples worldwide.

“This report has certainly opened the debate on surrogacy and has prompted a lot of discussion about the consequences of the practice for vulnerable women in poorer countries. While many people wouldn't necessarily see any problems with altruistic surrogacy, the reality is that the harmful physiological effects for a child after being separated from their birth mother remain the same, and even the altruistic system can exploit vulnerable women,” Wilkinson said.

The report that was presented by De Sutter neglected the exploitative character of surrogacy that is especially harmful for women who are reduced to acting as a mere reproductive machine.

Surrogate motherhood is also heavily criticized by Pope Francis in Amoris Laetitia, which in number 54 calls it “the exploitation and commercialization of the female body” in current culture.

“This debate has just started, and I hope national parliaments will take notice of the points raised at the Council of Europe and take steps to protect the rights of women and children by banning the practice of surrogacy in their own counties.“ Wilkinson said.