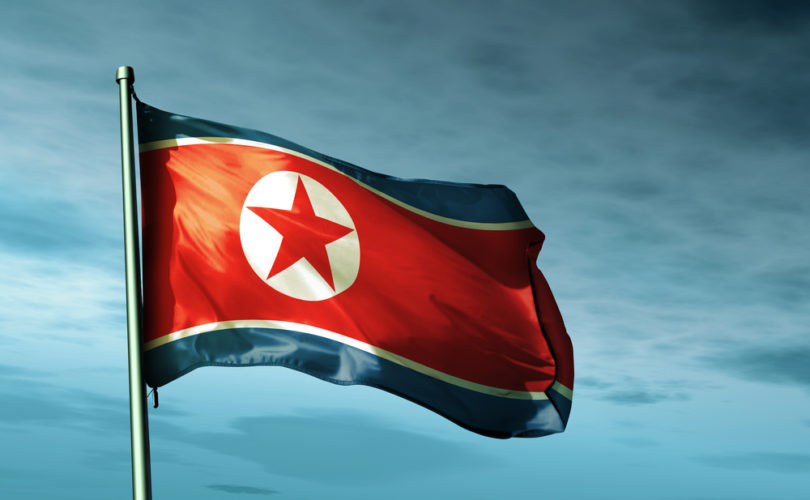 SEOUL, February 16, 2015 (LifeSiteNews.com) — It took nine years and four separate attempts, but a 35-year-old North Korean woman named Ji Hyunah finally escaped the isolated communist regime of her birth. Now, she has revealed before a United Nations commission the horrors she underwent at the hands of North Korean officials and Chinese slavers during her journey to freedom – including the loss of her father, her sale into sexual slavery, and a forced abortion performed without anesthesia that left her with such severe injuries that a prison guard begged his superiors to grant her release.

Ji, who now lives in Seoul, South Korea, spoke to the UK Telegraph about her experiences following her family’s first attempted escape from North Korea in 1998.

“By the 1990s, things had become very hard in North Korea,” Ji told the Telegraph, referring to the terrible famine that struck the country in the mid-1990s, which was made worse by the tiny communist nation’s increasing isolation in the wake of the fall of the Soviet Union and dictator Kim Jong-il’s frequent displays of military aggression.

After an illegal trip across the border to China, Ji’s father heard South Korean media for the first time and decided to defect. He went ahead to China to find a safe hoNuse for his wife and three children, but by the time his family arrived there, his hosts developed second thoughts about harboring escapees and kicked him out. “From that time on, I don't know where he is,” said Ji.

Alone without their husband and father, Ji’s mother and siblings were immediately captured by Chinese officials and handed over to North Korean police. But the North Koreans were so overwhelmed with would-be defectors that they let the family go with a warning.

Just two months later, the females of the Ji family again crossed into China. This time, they were intercepted by Chinese slavers, who captured them with the intent of selling them into sexual bondage.

“[H]uman trafficking is not just like being sold and forced to live with someone,” Ji said. “[The slavers] were afraid that we would run away, so we were constantly watched. We lived in fear.”

Ji was sold to a young Chinese man, but before she could be handed over, the Chinese police found her and deported her back to North Korea.

For her second offense, she was sent to the infamous Jeungsan Reeducation Center, a prison so brutal that only one out of of every 10 inmates made it out alive. She remained there for a year, eating frogs and grasshoppers and lining her threadbare clothing with plastic bags just to survive.

As soon as she was released, Ji fled again to China, once again being caught by slave traders.

“I was sold to an old man this time,” Ji told the Telegraph. “He was nice to me, but he had huge debts, so I had to work on his farm to pay off his debts.”

In 2002, Ji was discovered by Chinese authorities and again deported back to North Korea. Soon after she arrived, the prison authorities discovered she was pregnant by her former owner.

“They carried out a forced abortion, without anesthetic,” Ji said. “I was bleeding heavily for a long time. I was fortunate that one of the guards took pity on me and convinced his senior officer to release me.”

Despite her injuries, Ji wasted no time in resuming her escape efforts, crossing back into China, where she lived as a fugitive for five years before finally making it to Seoul in 2007. Now, she is studying political science at Chonnam National University, and has authored a book about her arduous escape, 244 Miles In Search of Freedom.

“The reason that I speak out is because so many people were unable to survive the hardships of life in North Korea,” Ji told the Telegraph. “A few, like me, can now enjoy our freedom, but the dead can't. And when we factor in the countless others who have just disappeared, the real figure is far higher.”

“For these victims, we need to lead lives that include a portion of their lives. We cannot permit ourselves to die or to become ill. We must ask ourselves what we can do,” Ji said, “and the best thing that we could do would be to bring down the regime of Kim Jong-un.”

Last year, a UN commission found that Kim had committed “unspeakable atrocities” against citizens of North Korea, including forced abortions, often with the collusion of Chinese officials like the ones who repeatedly deported Ji.

“[P]ersons who are forcibly repatriated from China are commonly subjected to torture, arbitrary detention, summary execution, forced abortion, and other forms of sexual violence,” the commission declared.

Given China’s uniquely close relationship with North Korea, the UN said the rising global superpower has a responsibility to do what it can to curb Kim’s abuses. “China should raise with the Supreme Leader of the Democratic People's Republic of Korea and other high-level authorities the issues of abductions, the infanticide of children entitled to Chinese nationality, forced abortions imposed on repatriated women and other human rights violations that target persons repatriated from China,” the commission wrote. “The suffering and the tears of the people of North Korea demand action.”

China’s own spotty record with regard to human rights may make it difficult for its leaders to speak with moral authority. Reports of forced abortion and forced sterilizations are rampant in the communist nation, and its restrictive family planning policies, which limit most couples to one or two children, contribute to a culture in which infanticide and child abandonment are commonplace.

But Ji isn’t depending on China to save her people. She’s determined to do everything in her power to make sure that the atrocities she has endured at the hands of both regimes inspire others to take action.

“I decided not to die. I decided to survive, because I have a reason to live,” Ji said. “It's because too many people died for no reason and I want to stand up for them. I wanted to survive to fulfill their desire for freedom.”

Ji added, “The role of us defectors is to inspire the people who are still there to rise up and to achieve freedom and democracy.”

Beyond ‘The Interview’: UN votes to send North Korea to Intl Criminal Court for forced abortion, other atrocities