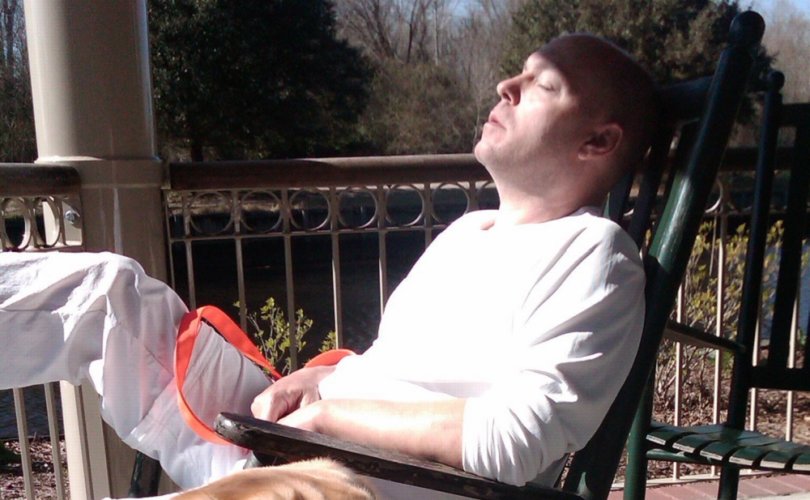 January 3, 2019 (LifeSiteNews) – James Shupe, the first American to legally have his gender recognized as “nonbinary,” disavowed transgenderism and re-embraced his biological sex earlier this year, and now an Oregon court has granted his request to officially recognize him as male again.

As previously detailed by LifeSiteNews, Shupe is a retired Army sergeant who struggled with post-traumatic stress disorder after his discharge, and in 2013 decided he was a transgender woman and changed his name to Jamie. Three years later, he decided he was “nonbinary” instead. In January of this year, Shupe announced that he was rejecting both of his previous transgender identities and reclaiming his true nature as a man.

“The weight of the lie on my conscience was heavier than the value of the fame I'd gained from participating in this elaborate swindle,” he wrote in March. “Two fake gender identities couldn't hide the truth of my biological reality. There is no third gender or third sex. Like me, intersex people are either male or female. Their condition is the result of a disorder of sexual development, and they need help and compassion.”

In the following months, he has been fighting to restore the truth on his legal and medical records, and this week the Multnomah County Court in Oregon granted his request to correct his birth certificate, PJ Media reported.

Though born in Washington, D.C., it was Portland, Oregon where he successfully got a court to change the sex on his birth certificate to “X” for “indeterminate.” He successfully got officials in his current state of residence, Florida, to restore his sex on his driver’s license (and still has a pending case to revert his legal name from “Jamie” to “James”), but full recognition of his true sex required a reversal from the court that made the previous decision.

Shupe explains that the Department of Veterans Affairs (VA) easily diagnosed him with gender dysphoria, but it was an uphill battle to get the department to reconsider.

“I then began confronting the VA about rubber-stamping me with gender dysphoria when in fact I had sexual paraphilias, a transvestic disorder with autogynephilia and masochism,” he recalled. “The psychologist at the VA who had diagnosed me with gender dysphoria then dumped me as a patient when I asked for the diagnosis to be changed. The VA finally gave me the paraphilia diagnosis in April 2019; the endocrinologist did it. The VA then outsourced me to the civilian sector to a therapist unqualified to treat me, the only one willing to take me as a patient.”

Shupe’s previous changes set a legal precedent seized on by transgender activists and individuals hoping to reclassify their own genders, such as Jones David Hollister (also in Oregon), and Shupe hopes his course correction sets another precedent in the opposite direction – both for the sake of truth and for those struggling with gender confusion to get the help they truly need.

“The charade of not being male, the legal fiction, it's over,” Shupe said. “The lies behind my fictitious sex changes, something I shamefully participated in, first to female, and then to non-binary, have been forever exposed. … The legal record has now been corrected and LGBT advocates are no longer able to use my historic nonbinary court order to advance their toxic agenda.”