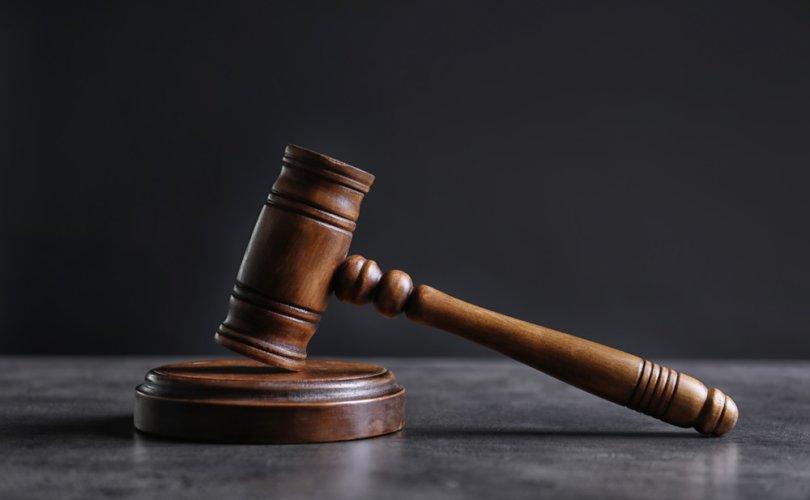 SASKATOON, Saskatchewan, August 11, 2020 (Justice Centre for Constitutional Freedoms) — The Justice Centre commented on the decision of the Saskatchewan Court of Appeal released yesterday in the case of Prince Albert Right to Life Association v. City of Prince Albert. This case concerns the City’s refusal to allow a pro-life flag to fly on its courtesy flagpole in 2017, while allowing numerous other political, religious, social and cultural groups to fly their flags on the courtesy flagpole.

In its decision, the Court of Appeal upheld an award of costs against the City for its misconduct in handling PARLA’s application to fly its flag, but declined to issue a declaration that the City violated the Canadian Charter of Rights and Freedoms in the unique circumstances of the case.

For years, the City of Prince Albert, Saskatchewan maintained a courtesy flagpole in Memorial Square at City Hall and permitted groups or organizations to fly the flag “to help increase public awareness of their programs and activities.”

A wide variety of groups were permitted to fly their commemorative flags on the pole, from cultural and seniors’ organizations to LGBTQ Pride.

The Prince Albert Right to Life Association (PARLA) is a non-profit organization, comprised of Prince Albert and area residents, which seeks to promote the sanctity of life at all stages of development. PARLA’s work includes hosting events such as “Celebrate Life Week” and “Life Chain”, as well as providing aid to women and families with unplanned pregnancies.

As explained in the filed affidavit of Valerie Hettrick, PARLA had been permitted to raise a flag on the City’s courtesy flag pole for “Celebrate Life Week” for the past 20 years. Since 2007, PARLA used the same pink and white flag with a logo of “Umbert the Unborn”, a cartoon fetus. The phrases “Celebrate Life Week” and “Please Let Me Live” also appear on the flag.

Despite allowing numerous other groups to fly their flag on the pole in 2017, the City refused to allow PARLA to fly its flag. The City failed to give PARLA any reasons for its refusal, but rather gave a statement to the media that PARLA’s flag, used since 2007, would never again fly at City Hall.

On behalf of PARLA, the Justice Centre filed a court application against the City of Prince Albert for its refusal to fly PARLA’s flag. The court application sought a declaration that the decision to refuse to raise PARLA’s flag violated the group’s freedom of expression, protected by section 2(b) of the Canadian Charter of Rights and Freedoms.

Prior to the court hearing, the City changed its policy to end the practice of allowing access to a courtesy flagpole.

The Court of Queen’s Bench heard the application on September 25, 2018 in Prince Albert. In its decision, the Court rebuked the City for its “mishandling of the application tendered by PARLA,” noting: “It is evident that the City did not follow its own Policy or proceed in a procedurally fair manner.” The Court ordered $6,000 in costs against the City of Prince Albert. The lower court however dismissed PARLA’s application, concluding that since the City no longer gave community groups access to the flagpole, a decision in the case would have no practical effect.

The Justice Centre filed a narrow appeal to the Saskatchewan Court of Appeal on behalf of PARLA on the basis that the lower court should have issued a declaration that the City violated PARLA’s Charter freedom of expression. The City cross-appealed against the court order that it pay PARLA $6,000.00 in costs.

The hearing took place in Saskatoon, Saskatchewan on Wednesday, January 22, 2020.

The Court of Appeal declined to issue a declaration that the City violated the Charter, but affirmed the award of costs against the City stating at paragraph 93 of its decision: “PARLA, after making the application, was stonewalled by the City until it became impossible to fly the flag as had been done in past years. Members of the community are entitled to better treatment than this from public officials.” The Court of Appeal upheld the lower court’s ruling that, since the City had entirely rescinded its policy allowing community groups to use the flagpole, the matter could not be referred back to the City to reconsider its decision and a declaration of a Charter infringement in such circumstances would ultimately be meaningless.

“Charter freedoms need to be defended or they will be lost,” states Marty Moore, Justice Centre staff lawyer. “When a municipality violates citizens’ rights, the Charter tasks our courts with the responsibility of vindicating citizens’ rights and providing a just and appropriate remedy for the violation, which may be a court declaration.”

“We appreciate the Court’s recognition that our clients were ‘stonewalled by the City until it became impossible to fly the flag’, but believe it is necessary for courts to expressly uphold citizens’ Charter rights against unreasonable infringement by government,” continues Moore.