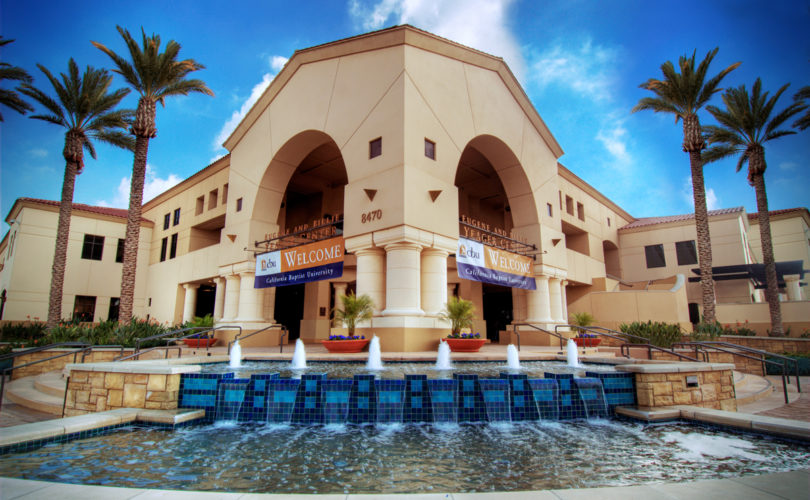 A California court has sided with a Baptist college that was sued for discrimination after expelling a cross-dressing male nursing student who lied on his application and said he was a female.

The school discovered Domaine Javier’s deception after he appeared on an episode of MTV’s “True Life” reality show called “I’m Passing as Someone I’m Not,” in which he revealed that he was only pretending to be female.

Javier sued California Baptist University for $500,000 in damages after the school expelled him for fraud, arguing that his expulsion was a violation of California’s civil rights act, which explicitly forbids discrimination based on “gender, gender identity and gender expression.”

“Every secular subject [at CBU] is expressly intertwined with a values-based Christian religious component, taught by a Christian,” wrote Trask in her 11-page decision. “Whatever economic benefit the student hopes to gain from the CBU educational experience, CBU clearly intends to send forth an engineer, nurse, businessperson, or teacher who will be able to apply its religious values in the secular world.”

Judge Trask did, however, rule that CBU could not ban Javier from so-called “ancillary” programs and facilities such as restaurants, libraries and online classes that are open to the public regardless of enrollment status.

“[Ancillary programs and facilities] are essentially indistinguishable from similar commercial activities in the community,” Trask wrote.  She said that by banning Javier from ancillary programs, CBU did violate California’s anti-discrimination laws, which apply to all establishments that are open to the public.  On that basis, she awarded Javier damages in the amount of $4,000, plus attorneys’ fees.

Still, Judge Trask emphasized that the mere existence of ancillary programs and facilities does not mean CBU as a whole is open to the public, or that it has to follow California’s anti-discrimination laws.

Javier’s attorney, Paul Southwick, said in a statement that his client plans to appeal the ruling.  He argues that because CBU accepts some public funds, the entire institution should be subject to public anti-discrimination laws.

CBU’s attorney, James McDonald, said his clients were mostly satisfied with the court’s decision.  “CBU is pleased that the court recognized that California Baptist University is a private Christian university and is not a business establishment under the Unruh [civil rights] Act,” McDonald told the Riverside Press Enterprise. “The court also ruled that the plaintiff did not have a valid breach-of-contract claim.”

McDonald said the school was still considering whether to appeal the portion of the case it lost.