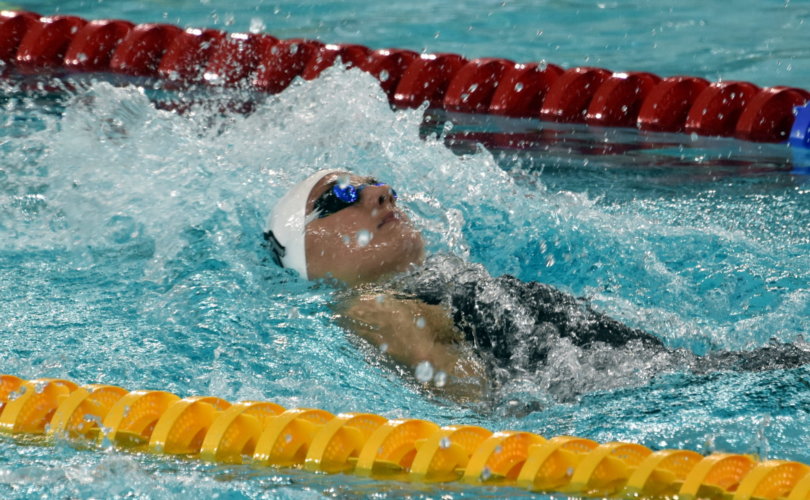 (Liberty Counsel) — A federal district court issued a preliminary injunction that temporarily blocks the Biden administration guidance documents that illegitimately reinterpret federal law to require schools subject to Title IX to allow males who identify as female to participate on female athletic teams and use female-designated showers and locker rooms. Now female athletes will be protected in 20 states while the lawsuit moves forward.

On January 20, 2021, Joe Biden signed an “Executive Order on Preventing and Combating Discrimination on the Basis of Gender Identity or Sexual Orientation.” Biden directed federal agencies to “fully implement statutes that prohibit sex discrimination” consistent with the administration’s interpretation.

On August 30, 2021, the plaintiffs filed a complaint challenging the legality of the guidance documents issued by the Department and the EEOC in response to the executive order. Specifically, the attorneys general contend that the guidance documents are procedurally and substantively unlawful under the Administrative Procedure Act and the U.S. Constitution.

Judge Charles Atchley Jr. concluded that the guidance is based, in part, on a flawed interpretation of Bostock v. Clayton County, a recent U.S. Supreme Court ruling about employment discrimination. In that case, the High Court was asked to resolve whether Title VII of the Civil Rights Act of 1964, which prohibits employment discrimination “because of … sex,” bars an employer from firing an employee for being homosexual or identifying as the opposite gender. Judge Atchley ruled last Friday that the administration’s directives would make it impossible for some states to enforce their own laws on male athletes participating in female sports, including access to bathrooms and locker rooms.

Judge Atchley wrote, “Both the Department and EEOC maintain that their respective guidance documents are required by the Bostock decision. However, Defendants ignore the limited reach of Bostock. The Bostock decision only addressed sex discrimination under Title VII; the Supreme Court expressly declined to ‘prejudge’ how its holding would apply to ‘other federal or state laws that prohibit sex discrimination’ such as Title IX. Similarly, the Supreme Court explicitly refused to decide whether ‘sex-segregated bathrooms, locker rooms, and dress codes’ violate Title VII. Bostock does not require Defendants’ interpretations of Title VII and IX. Instead, Defendants fail to cabin themselves to Bostock’s holding. Defendants’ guidance documents advance new interpretations of Titles VII and IX and impose new legal obligations on regulated entities.”

The court further wrote, “Plaintiffs have enacted, and are currently enforcing, statutes that arguably conflict with Defendants’ guidance as to the legality of certain conduct related to sexual orientation and gender identity. For example, Tennessee has a statute providing ‘[a] student’s gender for purposes of participation in a public middle school or high school interscholastic athletic activity or event must be determined by the student’s sex at the time of the student’s birth.’ Yet, the Department’s Fact Sheet, which purports to explain existing obligations under Title IX, highlights that students should be allowed to participate on a sports team consistent with their gender identity, rather than biological sex. Tennessee also has a statute providing public school students, teachers, and employees with a cause of action against a school that ‘intentionally allow[s] a member of the opposite sex to enter [a] multi-occupancy restroom or changing facility while other persons [are] present.’”

Liberty Counsel Founder and Chairman Mat Staver said, “Title IX was enacted to give females equal opportunities in sports, not to allow men to take over female sports. Girls and women have worked hard to compete on a safe and fair playing field against other female athletes. They also deserve privacy and protection in their locker room and bathrooms. Thankfully, another Biden directive bites the dust.”

Reprinted with permission from Liberty Counsel.