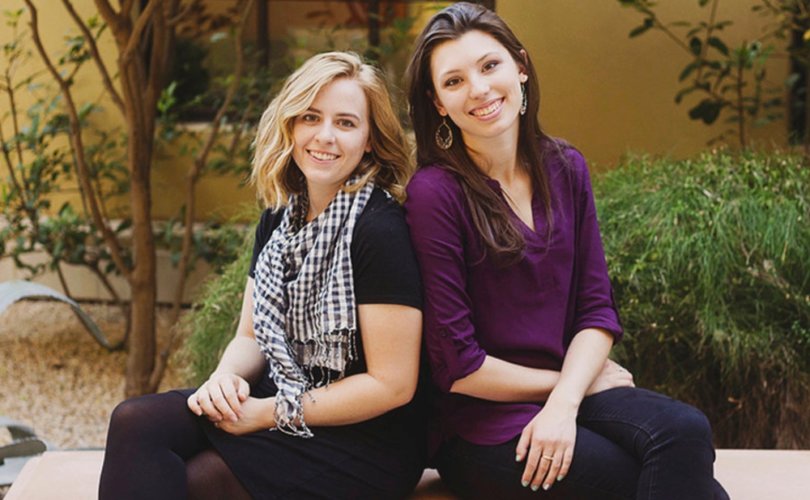 Last Monday, the United States’ highest court ruled 7-2 that Colorado discriminated against the Masterpiece Cakeshop owner’s religious beliefs while trying to force him to provide a cake for a same-sex “wedding.” But on Thursday, the Arizona Court of Appeals upheld a Phoenix city ordinance forcing a local wedding invitation business to serve gay unions.

Joanna Duka and Breanna Koski own Brush & Nib Studio, a small business founded on Christian values. They say they willingly serve any customer regardless of sexuality, but draw the line at being forced to produce custom messages endorsing events that violate their beliefs.

“It’s not about who walks in the door. It’s about what message they’re asked to create,” Alliance Defense Fund attorney Jonathan Scruggs, who represented the duo, explained Thursday.

Despite that fact, the judges ruled that the case was “one of a blanket refusal of service to the LGBTQ community,” so the studio’s services were not “entitled to First Amendment free speech protections.”

“We have previously found that eliminating discrimination constitutes a compelling interest…antidiscrimination ordinances are not aimed at the suppression of speech, but at the elimination of discriminatory conduct,” Judge Lawrence Winthrop wrote.

If Duka and Koski “want to operate their for-profit business as a public accommodation, they cannot discriminate against potential patrons based on sexual orientation,” he added, again disregarding the distinction between gay individuals and events endorsing homosexuality.

“Artists shouldn’t be forced under threat of fines and jail time to create artwork contrary to their core convictions,” Scruggs responded. “The court’s decision allows the government to compel two artists who happily serve everyone to convey a message about marriage they disagree with.” ADF plans to appeal the ruling to the Arizona Supreme Court.

The setback comes just days after Duka and Koski said they were “thrilled” by the Masterpiece ruling, according to Scruggs. However, the appeals court cited the very same ruling in its decision against them.

In Masterpiece, Justice Anthony Kennedy wrote that “clear and impermissible hostility toward [Phillips’] sincere religious beliefs” in public statements by Colorado officials were the deciding factor in determining that the state discriminated, but expressly allowed that the same government actions might be constitutional if pursued without expressing religious animus.

Accordingly, Winthrop ruled that there was “no evidence in the record to support any suggestion that Phoenix’s adoption of (the ordinance) or its interpretation as it relates to Brush & Nib, has been anything other than neutral toward and respectful of their sincerely-expressed religious beliefs.”

“In light of these cases and consistent with the United States Supreme Court’s decisions, we recognize that a law allowing appellants to refuse service to customers based on sexual orientation would constitute a ‘grave and continuing harm,'” he concluded.

The latest ruling undermines reassurances from pundits such as National Review’s David French, who called skeptical conservatives “killjoys” for warning that the ruling’s positive consequences would be limited. “Religious-liberty attorneys are hunting through the records of other cases for similar statements,” he wrote, arguing that many cases currently pending contain clear examples of open hostility to religion.

However, while judges may well rule as French predicts in such cases, many regulators are likely to heed Kennedy’s opinion and speak with greater restraint in public, in hopes that courts will ultimately side with Kennedy’s declaration that government has the power to protect the “dignity of gay persons who are, or wish to be, married.”

Other conservative legal experts, including Conservative Review senior editor Daniel Horowitz and Williams College political science professor Darel Paul, are doubtful the Masterpiece majority would side with religious liberty in such a case.

“Only profound naïveté can spin the majority decision as a victory for religious liberty,” Paul wrote. “In light of the failure of a proposed state [Religious Freedom Restoration Act] to pass the state House of Representatives in each of the past three years, the chances of Phillips’s being allowed to persist in his practices is slim.”