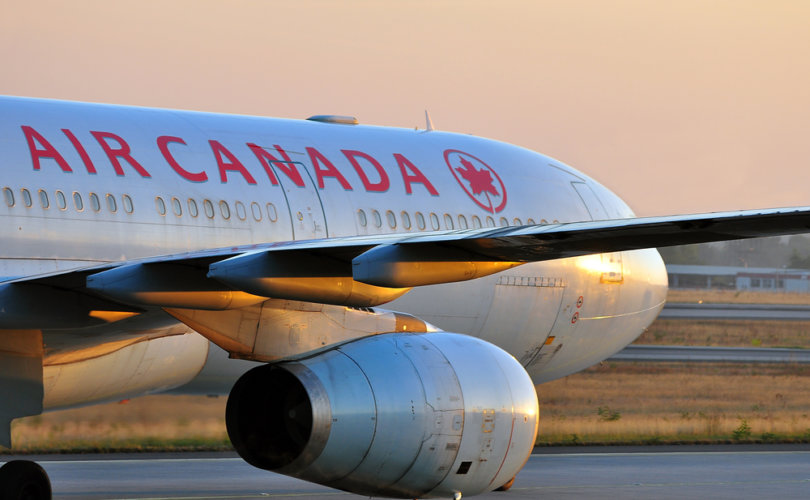 CALGARY, Alberta (LifeSiteNews) — The Trudeau government will have to defend its mandate barring the unvaccinated from plane, train, and sea travel in federal court this fall.

“The Federal Court has issued an Order that an action brought by the Justice Centre for Constitutional Freedoms, to strike down the federal government’s mandatory Covid-19 vaccine requirements for air travelers (the ‘Travel Ban’) will be heard on September 19, 2022,” announced the Justice Centre for Constitutional Freedoms, the legal group representing plaintiff Brian A. Peckford, who is the former premier of Newfoundland and the last living architect of the Canadian Charter of Rights and Freedoms.

“The court’s Order also consolidates four separate cases, and ordered them to be heard on an expedited basis, given the serious infringement on Canadians’ mobility rights and other Charter rights,” added the group.

In Peckford’s sworn affidavit for the case, he once again alleges that the “federal government has mandated a two-tiered society where one group of people has benefits while another group is disadvantaged,” which he says is in violation of the Charter and tantamount to “segregation.”

“As a person who has chosen not to receive the new medical treatment, I am all of a sudden treated as an outcast, labeled a ‘racist’ and ‘misogynist,’ and as an undesirable person not fit to be seated with vaccinated people on an airplane,” lamented Peckford, referring to Trudeau’s 2021 statements in which he accused the unvaccinated of being “racists” and questioned whether Canadian society should even “tolerate” them.

According to the JCCF, their legal filing features evidence from 11 witnesses, including five experts, with the intent of showing that the travel ban has unconstitutionally prevented Canadians from traveling to “help sick loved ones,” “access health care outside of Canada,” and remain employed.

The timeline of the court proceedings show that the JCCF has until June 20 to hand over their finalized records to the court, and the Trudeau government has until September 2 to respond with their records.

“We are eager to have this matter heard in court. Similar Covid-19 mandate cases have been adjudicated in the United States, India, and New Zealand,” JCCF lawyer Eva Chipiuk said.

“Courts around the world have found that governments must respect fundamental human rights, including the right to bodily autonomy, which means individuals have the right to decide freely on what medical treatment they wish to receive,” the lawyer added.

Despite the Trudeau government’s insistence that the mandate is necessary, many Canadians remain concerned that the vaccines have not been sufficiently studied for negative effects given their accelerated clinical trials, and some harbor ethical reservations about the use of cells from aborted babies in their development. Still others simply consider them unnecessary given COVID-19’s high survivability among most groups, its low risk of asymptomatic spread, research indicating that post-infection natural immunity is equally protective against reinfection, and the fact that the vaccine trials have never produced evidence that the shots stop transmission or infection.