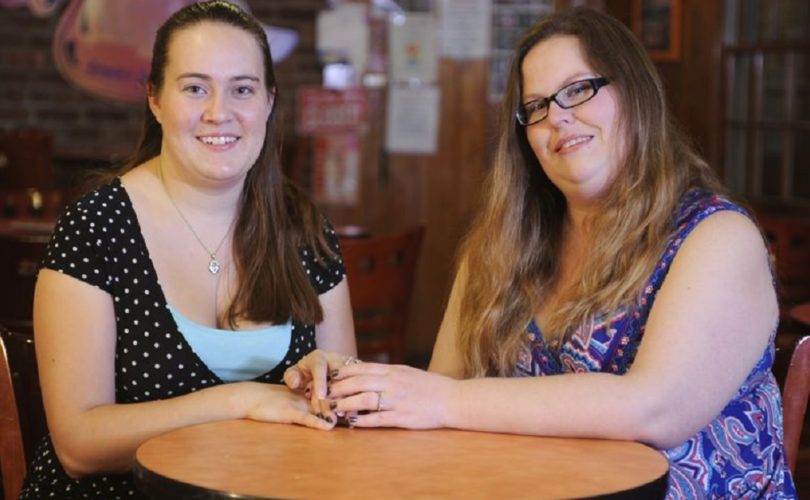 ALBANY, New York, January 18, 2016 (LifeSiteNews) – Farmers who host weddings in their backyard cannot refuse ceremonies where two people of the same sex are trying to get married, a New York court has ruled.

The court's decision affirmed the state's Division of Human Rights (DHR) ruling against Robert and Cynthia Gifford, owners of Liberty Ridge Farms, after they declined to host a “wedding” for a same-sex couple. The Giffords said they would host the reception for a lesbian couple, but the ceremony itself would have to be hosted elsewhere because of their religious beliefs about marriage.

DHR found that the couple violated New York's “places of public accommodation” anti-discrimination law. If the court's decision stands, the Giffords must pay $10,000 in state fines and an additional $3,000 in damages to the lesbian couple, Jennie McCarthy and Melissa Erwin, for “mental pain and suffering.”

Additionally, the Giffords – who say they have hosted a birthday party for a lesbian couple's adopted child, and employed people with same-sex attractions – will have to provide sensitivity training to their staff and prominently display a poster highlighting state anti-discrimination laws.

The suit goes back to a 2012 phone call that Cynthia answered. Erwin and McCarthy wanted to have their wedding on site, something Cynthia said couldn't happen.

In a statement issued by the New York arm of the ACLU, which took on their case, the lesbian women said, “Having your relationship judged as somehow unworthy is incredibly hurtful and disheartening and we want to ensure that other couples do not have to undergo the same treatment.”

Erwin and McCarthy say it took them months to find another site to host their “wedding.”

“All Americans should be free to live and work according to their beliefs, especially in our own backyards,” said Alliance Defending Freedom legal counsel Caleb Dalton in a statement after Thursday's decision. Dalton, who defended the couple, added, “The government went after both this couple's freedom and their ability to make a living simply for adhering to their faith on their own property. The court should have rejected this unwarranted and unconstitutional government intrusion, so we will consult with our client regarding appeal.”

In 2014, another attorney for the Giffords told LifeSiteNews, “The entire interaction between the complainants and the Giffords transpired during a two- to three-minute telephone conversation, which, unknown to Mrs. Gifford, was being tape-recorded,” Trainor said.

“After communicating the fact that they chose not to hold same-sex marriage ceremonies at the farm because to do so would violate the Giffords' sincerely held beliefs (that God intended marriage to be between a man a woman only), Mrs. Gifford invited the couple to visit the farm to discuss handling their wedding reception, which the couple refused.”

Trainor also says the state's law doesn't apply to the Giffords because their wedding and reception business is on their home property. However, Slate's Mark Stern noted in 2014 that DHR found that “[Liberty Ridge Farms] is a for profit business and directs its publicity to the general public. … LRF engages in widespread marketing to the general public through advertising at a bridal show and on the internet[.] … LRF is encouraging members of the public to lease the use of its facilities and purchase its services. Thus, there is no exclusivity and LRF is not 'distinctly private.'”

Catholic couple fined $13,000 for refusing to host same-sex ‘wedding’ at their farm