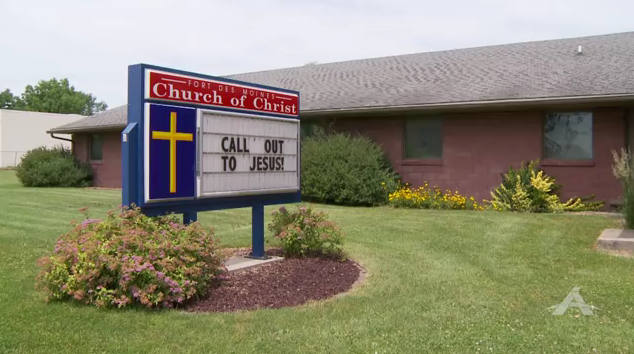 October 18, 2016 (LifeSiteNews) – A federal district court late Friday denied the request of Iowa officials to dismiss a church’s lawsuit against a law that a state commission has construed as giving it the power to censor and control churches. In its decision allowing the suit to continue, the court found that while the church’s “fear of prosecution…is objectively reasonable,” churches have never been public accommodations subject to government regulation, and state officials have no business trying to decide which church activities are religious and which ones aren’t.

The ruling provided much-needed reassurance and clarification to churches in the wake of two vague brochures produced by the Iowa Civil Rights Commission that applied the Iowa Civil Rights Act to churches. The commission’s interpretation and application of that law could censor church statements on biblical sexuality in certain contexts and force churches to open their restrooms to members of the opposite sex under conditions that the government dictates. Fort Des Moines Church of Christ, which filed the suit through its Alliance Defending Freedom attorneys, also has showers, which the law also affects.

“The government acts outside of its authority when it attempts to control churches. Neither the commission nor any state law has the constitutional authority to dictate how any church uses its facility or what public statements a church can make concerning sexuality,” said ADF Senior Counsel Steve O’Ban, who argued before the court on behalf of the church in August. “As the court found, government bureaucrats don’t get to decide which church activities have a religious purpose; that’s for the church to decide.”

Although the U.S. District Court for the Southern District of Iowa, Central Division, denied the church’s request for a preliminary injunction to stop enforcement of the law while the lawsuit proceeds, the court nonetheless allowed the case to continue because the church’s “fear of prosecution, which led it to self-censor its speech [regarding the reasoning behind its restroom policy], is objectively reasonable…. At the hearing before the Court, both the State Defendants and the City stated that Plaintiff’s restroom policy is likely permitted under the antidiscrimination laws because the policy is plainly drafted to serve a religious purpose and that all of the activities Plaintiff enumerated within its Complaint also appeared to be religious in nature. The Court notes that such acknowledgement does not prevent the State Defendants or the City from seeking enforcement against Plaintiff and so assigns these statements little weight.”

“That’s why this lawsuit has been so necessary,” added ADF Legal Counsel Christiana Holcomb. “Though the state admitted to the court that the church’s shower and restroom policy isn’t subject to the law, those words alone aren’t sufficient to ensure that the state won’t try to enforce it against churches. Churches should be free to talk about their religious beliefs and operate their houses of worship according to their faith without fearing government punishment.”

The law at issue, the Iowa Civil Rights Act, bans places of public accommodation from expressing their views on human sexuality if they would “directly or indirectly” make “persons of any particular…gender identity” feel “unwelcome.” The speech ban could be used to gag churches from making public comments that could be viewed as unwelcome to persons who do not identify with their biological sex because the commission has stated that the law applies to churches during any activity that the commission deems to not have a “bona fide religious purpose.”

Examples the commission previously gave in a brochure are “a child care facility operated at a church or a church service open to the public,” which encompasses activities that churches hold. ADF attorneys explain that a version of the brochure revised after the lawsuit was filed isn’t much better, as it states that places of worship are only “generally exempt” from the law and that they will be subject to it if “the place of worship engages in non-religious activities which are open to the public.”

ADF attorneys representing the Des Moines church continue to point out that all events held at a church on its property have a bona fide religious purpose, and that the commission has no authority to violate the First Amendment’s guarantees of freedom of religion and speech.

Timm Reid, one of nearly 3,100 private attorneys allied with ADF, is serving as local counsel on behalf of the church in the case, Fort Des Moines Church of Christ v. Jackson.