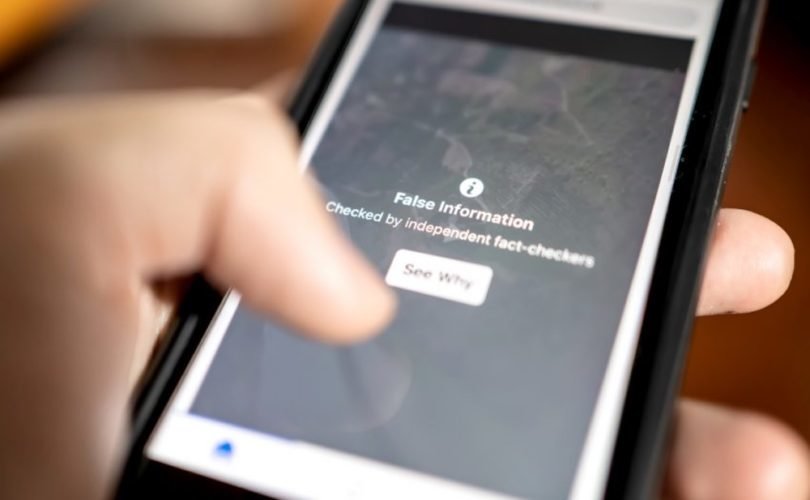 May 10, 2021 (Children’s Health Defense) —  Judge Susan Illston of the Northern District of California Wednesday heard arguments for and against the defendants’ motion to dismiss in the Children’s Health Defense (CHD) lawsuit, which claims that Facebook, Mark Zuckerberg and three fact-checking operations censor truthful public health posts and engage in racketeering activities against CHD.

According to CHD’s complaint, Facebook has insidious conflicts with the pharmaceutical industry and its captive health agencies, and has economic stakes in vaccines, telecom and 5G.

This is an important First Amendment case that tests the boundaries of government authority to openly censor unwanted critique of its narrative, attorneys Roger Teich and Jed Rubenfeld argued before the court. Attorneys Robert F. Kennedy, Jr. and Mary Holland, CHD president, also are lawyers on the legal briefs.

CHD is a nonprofit watchdog group that roots out corruption in federal agencies, including the Centers for Disease Control and Prevention (CDC), the World Health Organization (WHO) and the Federal Communications Commission (FCC), and exposes wrongdoings in the pharmaceutical and telecom industries.

CHD has been a frequent critic of WiFi and 5G Network safety and of certain vaccine policies that place profits ahead of public health. CHD has fiercely criticized agency corruption at the WHO, CDC and FCC.

Facebook has publicly stated it is assisting efforts of the White House, the CDC and the WHO to censor unwanted speech about vaccines. While earlier court decisions have upheld Facebook’s right to censor user pages, CHD argues that the social media giant’s open collaboration with government makes it a proxy for government censorship, violating the First Amendment.

The government’s role in Facebook’s censorship goes deeper than its close coordination with the CDC and WHO — it began at the suggestion of powerful Democratic Congressman and Intelligence Committee Chairman Adam Schiff, who in March 2019, asked Facebook to suppress and purge internet content critical of government vaccine policies.

Facebook, Schiff and many other government officials use the term “misinformation” as a euphemism for any statement, whether truthful or not, that contradicts official government pronouncements.

The WHO issued a press release commending Facebook for coordinating its ongoing censorship campaign with public health officials. That same day, Facebook published a “warning label” on CHD’s page, implying that CHD’s content is inaccurate and directing CHD followers to turn to the CDC for “reliable, up-to-date information.”

CHD’s lawsuit also challenges Facebook use of so-called “independent fact-checkers,” which, in truth, are neither independent nor fact-based, to create oppositional content on CHD’s page, superimposed over CHD’s original content, about matters of heated scientific controversy.

To further silence CHD’s dissent against government policies and the pharmaceutical industry, Facebook deactivated CHD’s donate button and uses a variety of deceptive technologies, including shadow banning, to minimize CHD’s reach and visibility.

In short, the lawsuit contends Facebook and the government collude to silence CHD and its followers. Such tactics violate the First Amendment, which guarantees the American public the free flow of information in the marketplace of ideas.

The First Amendment forbids the government from censoring private speech — particularly speech that criticizes government policies or officials. As Justice Holmes famously said, “The best test of truth is the power of the thought to get itself accepted in the competition of the market.”

The ongoing COVID crisis makes the need for open and fierce public debate on health issues in our democracy more critical than ever.

Mark Zuckerberg publicly claims social media platforms shouldn’t be “the arbiters of truth.” Yet his acts to suppress critique of government officials and policies belie those pronouncements.

The court will decide whether Facebook’s new government-directed business model of false and misleading “warning labels,” deceptive “fact-checks” and disabling a nonprofit’s donate button passes muster under the First and Fifth Amendments, the Lanham Act and the federal racketeering statute. Those statutes protect CHD against online wire fraud and knowingly false statements disparaging to the organization, while the Constitution protects CHD against government censorship — even through third parties — and from uncompensated taking of its property interests.

“Mainstream media and social media giants are imposing a totalitarian censorship to prevent public health advocates, like myself, from voicing concerns and from engaging in civil informed debate in the public square,” said Kennedy.

“They are punishing, shaming, vilifying, gaslighting and abolishing individuals who report their own vaccine injuries. Anyone can see that this is a formula for catastrophe and a coup d’état against the First Amendment, the foundation stone of American democracy.”