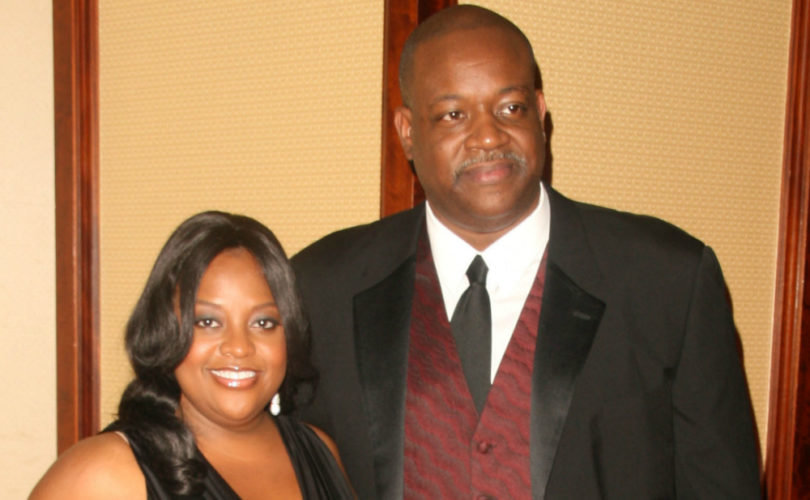 November 27, 2015 (LifeSiteNews) — Sherri Shepherd, a Hollywood celebrity who co-hosted the popular talk show The View for seven years, has lost a maternity suit launched by her ex-husband Lamar Sally, forcing her to pay him alimony and child support for their one-year surrogate son LJ. The decision follows an unseemly fight which pro-life blogger Cassy Fiano says has exposed how surrogacy results in “commodifying” the unborn.

Shepherd, a co-host of the View from 2007 to 2014, met Sally, a screenwriter, in 2010 and they married a year later. Because her eggs were not viable, they arranged a surrogate mother in Pennsylvania to bear them a baby conceived in vitro using Sally’s sperm and a donated egg.

But the marriage soured in mid-term about the time Shepherd lost her job with The View. According to one tabloid explanation, she was worried he would contribute little to parenting responsibilities.  Sally filed for separation in 2014, Shepherd filed for divorce a few days, then Sally sued for sole custody, then alimony and child support.

Earlier this year she told PEOPLE she had gone along with the surrogacy to prevent the breakup of the marriage and had not really wanted the child.

Shepherd, an avowed Christian who once denied evolution on The View and a successful comic actor on Broadway, TV, and in film since the mid-90s, didn’t want anything to do with LJ, as Lamar named the boy, who after all carried none of her genes. She refused to be at bedside for the birth, and refused to let her name be put on the birth certificate and to shoulder any responsibility for LJ’s support.

But in April the Pennsylvania Court of Common Pleas, and now the state’s Superior Court, ruled that Shepherd’s name must go on the birth certificate and she must pay Sally alimony and child support.

“The ultimate outcome is that this baby has two parents and the parents are Lamar Sally and Sherri Shepherd,” Shepherd’s lawyer Tiffany Palmer said.

As for the father, Sally told PEOPLE, “I'm glad it's finally over. I'm glad the judges saw through all the lies that she put out there, and the negative media attention. If she won't be there for L.J. emotionally, I'll be parent enough for the both of us.”

But Shepherd said, “I am appealing the ruling that happened,” though in the meantime, Sally will “get his settlement every month. There’s nothing I can do.”

Commented Fiano in Live Action News, “What’s so sickening about this case is that this little boy, whose life was created in a test tube, was treated as nothing more than a commodity…Saying that you don’t want a baby but will engineer one to get something you want is horrific.” As for trying to get out from child support payments now that the marriage had failed, that was “despicable.”

Fiano went on to characterize the Shepherd-Sally affair as a “notable example” of commodification of children, and “by no means an anomaly.” She cited a British report than over the past five years 123 babies conceived in vitro were callously aborted when they turned out to have Down Syndrome.

“When we’re not ready for babies, we have an abortion,” she added. “But then when we decide we are ready we manufacture them in a laboratory and destroy any extras. Children exist when we want them to exist, to fill the holes in us that we want them to fill, instead of being independent lives with their own inherent value and dignity.”