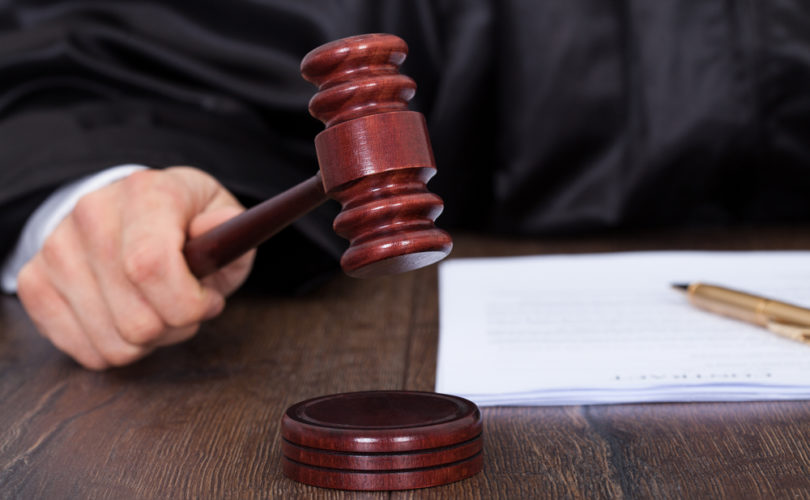 PRINCE GEORGE, British Columbia, May 6, 2016 (LifeSiteNews) – Faced with two estranged parents in utter disagreement about their daughter’s wish to be a boy, a British Columbia Supreme Court judge has appointed the child a legal guardian to protect her interests.

The father not only wants his daughter to cease taking hormone blockers but also to cease all contact with transgender activists or transgender-friendly therapists.

Though the case is about whether the 11-year-old can give informed consent to such serious medical treatment, which is intended to delay the onset of female puberty, the judge appears to have already conceded the point by referring to the girl by her preferred, male, initials, J.K., and accepting her male self-identification.

In his ruling, Mr. Justice Ronald Skolrood declared that, “This case is really about J.K. and his role in determining his own future. In my view, these issues cannot be properly considered without J.K.'s direct participation.”

RELATED: I was a transgender woman. My story.

Her father, referred to as N.K., has persisted in referring to his daughter by her female name at birth, or P.K., in court documents, despite an earlier court order that he refer to her with male pronouns, name, and initials.

The child is in joint custody along with a younger sibling of unstated gender, but both children spend most of their time with their mother, A.H.

A.H. and N.K. have been married twice to each other starting in 1999, and were divorced the second time late last year, having produced one child in each marriage. Most of the intervening years when married they spent apart, with the mother twice living in New Zealand while she got what the court calls “specialized” medical training. During her second sojourn there N.K. took care of the children.

According to A.H., her daughter displayed masculine behaviour very early, but the issue came to a head last year when her daughter reacted strongly to a shopping trip for her first training bra. A.H. got psychological help for her child after which her daughter expressed the wish to take the hormone blocker Lupron.

According to Skolrood’s ruling, “A.H. supports this course of treatment whereas N.K.’s view is that the child has not been adequately and independently assessed so as to permit a proper determination of whether this treatment is in the child’s best interest.”

The American College of Pediatricians, a voluntary association of medical practitioners, recently released a statement declaring that “Conditioning children into believing a lifetime of chemical and surgical impersonation of the opposite sex is normal and healthful is child abuse.”

The statement adds that while nine out of 10 gender dysphoric children ultimately accept their biological sex, those that do not are committed to “a lifetime of carcinogenic and otherwise toxic cross-sex hormones, and [will] likely consider unnecessary surgical mutilation of their healthy body parts as young adults.” But even youth who go no further than the hormone blocker and then revert to their natural gender may still need hormone injections just to achieve normal puberty.

The issue for Skolrood, however, was whether to grant the daughter her own legal guardian, as distinct from her own lawyer. The distinction, noted Skolrood, was that a lawyer would do P.K.’s wishes, while the legal guardian’s job would be to look after her interests, including hiring a lawyer. But what the guardian wants might not be what P.K. wants.

Skolrood authorized the guardian, ordering the parents to attempt to agree on who should fill the role, but giving the mother final say. He also rejected the mother’s call for sole custody of P.K.

But the far more important issue to be resolved by the courts is N.K.’s request for a court order to ensure his daughter gets unbiased counselling that will address her gender dysphoria with classic cognitive (talk) therapy aimed at identifying the underlying psychological roots of her condition.

But in the meantime, the judge ordered, P.K. will continue to get the hormone blockers.