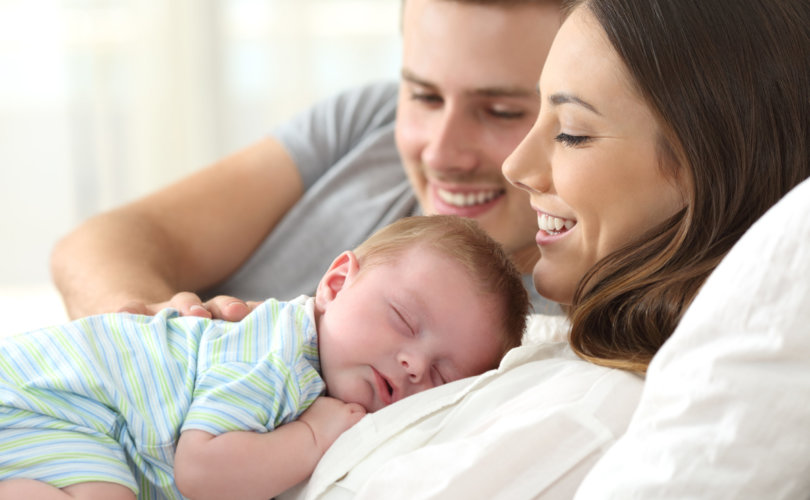 NEW YORK (LifeSiteNews) – A Christian adoption agency in New York recently won a lawsuit after a federal judge ruled the state could not require the organization to violate its religious beliefs by placing children with same-sex or unmarried couples.

New Hope Family Services is a pro-life and pro-family nonprofit located in Syracuse which offers adoption, pregnancy, and other family support resources. The organization originally filed a lawsuit in 2018 in response to an investigation launched by the New York State Division of Human Rights. New Hope was represented by attorneys from Alliance Defending Freedom (ADF).

Last week, a federal court decision ruled against the efforts of both the Office of Children and Family Services (OCFS) and the State Division of Human Rights to force New Hope to offer adoption services to same-sex and unmarried couples.

“The New York State Office of Children and Family Services singled out the nonprofit for its policy, guided by its religious beliefs, of placing children it serves in homes with a married mother and father,” ADF stated in a September 7 media release. “The summary judgment order from the U.S. District Court for the Northern District of New York in New Hope Family Services v. Poole prohibits OCFS from enforcing state law ‘insofar as it would compel New Hope to process applications from, or place children for adoption with, same-sex couples or unmarried cohabitating couples, and insofar as it would prevent New Hope from referring such couples to other agencies.'”

— Article continues below Petition —
PETITION: Supreme Court must defend religious liberty of Christians who refused to bake gay-wedding cake
Show Petition Text
4112 have signed the petition.
Let's get to 5000!
Thank you for signing this petition!
Add your signature:
Show Petition Text

In the same release, ADF Senior Counsel Roger Brooks was quoted saying, “New Hope is a private religious ministry that doesn’t take a dime from the government. Shutting down an adoption provider for its religious beliefs—needlessly and unconstitutionally reducing the number of agencies willing to help—benefits no one—certainly not children … The decision from the court simply allows New Hope to continue serving the community so that more kids find permanent homes, more adoptive parents welcome a new child, and more birth parents enjoy the exceptional support that New Hope has offered for decades.”

Brooks also released a statement in October 2020 that a court had ruled the state could not impede on the organization’s services during the ongoing litigation. Last week’s ruling made this decision permanent.

According to the ADF case summary, the “New York State Office of Children and Family Services (OCFS) sent New Hope a letter demanding that the agency either revise its policy or shut down its adoption program.” This sparked the pro-life center’s lawsuit “to protect its ability to operate according to its beliefs.”

While the agency continued its work with temporary protection, the summary also explains how “in August 2021, an individual apparently aware of New Hope’s beliefs contacted New Hope inquiring about adoption generally.”

The organization’s director shared service options, including “an accurate description of New Hope’s religious beliefs and its priority of placing children in homes with a married mother and father.” Soon after, the “individual filed a complaint with the New York State Division of Human Rights.” An investigation was “promptly launched” by the state.

Previously, the ADF has fought on behalf of other Christian adoption agencies under attack for the allegedly discriminatory practice of placing children in the care of a married man and woman. In March, ADF attorneys announced an agreement with Michigan officials regarding the right to refuse putting a child in the care of a same-sex couple.

In 2020, the nonprofit legal group supported religious adoption agencies in Philadelphia as the decision of enabling placement in a family with a father and a mother awaited a ruling from the Supreme Court.