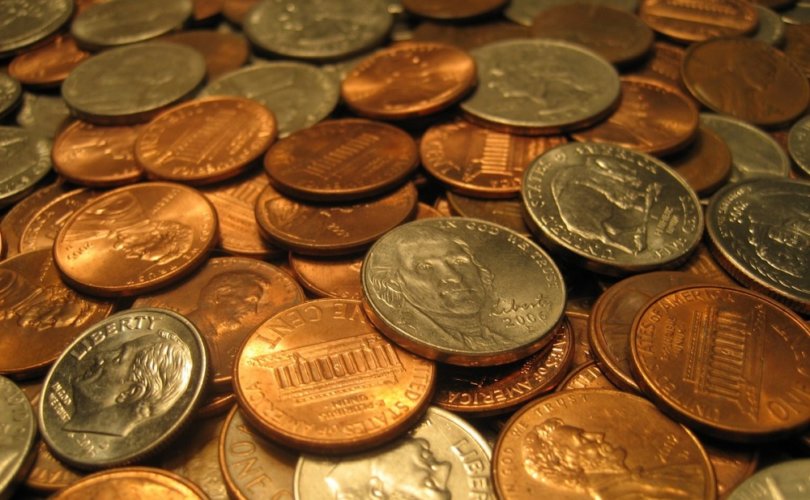 August 29, 2018 (LifeSiteNews) – A federal appeals court protected religion in the public square yesterday, rejecting an attempt to strip the national motto “In God We Trust” from U.S. coins and bills. New Doe Child # 1 v. The Congress of the United States is atheist activist Dr. Michael Newdow's most recent loss in a string of cases trying to remove any mention of God in government. Crucial to the Eighth Circuit's decision was its adoption of Becket's argument that under a 2014 Supreme Court case, all Establishment Clause rulings must now align with U.S. history on religion in the public square. Becket uniquely raised this argument in a friend-of-the-court brief, after the federal government failed to do so.

The court found that the U.S. Supreme Court's 2014 decision in Town of Greece v. Galloway “offered an unequivocal directive: '[T]he Establishment Clause must be interpreted by reference to historical practices and understandings.” The court recognized that Galloway was “'a major doctrinal shift' in Establishment Clause jurisprudence,” one that overrules past case law that would threaten “Government acknowledgments of religions,” such as the National Motto. Previous cases had abandoned objective historical analysis for free-floating judicial tests that led to absurd results.

“The good news is you no longer need to be afraid that the pennies in your pocket are gateway drugs to theocracy,” said Diana Verm, counsel at Becket.”The Court was right to say that the First Amendment does not ban 'In God We Trust.' For too long, the country has been stuck in what Justice Gorsuch once described as 'Establishment Clause purgatory.' The court's decision today is a huge step towards setting things right.”

Newdow's lawsuits have long been fueled by the Lemon test, a notorious legal test that ignores what the Founders considered to be an establishment of religion and invites anti-religious activists to file lawsuits against anything that looks vaguely religious. Lemon has been much reviled by justices, judges, and legal experts for its incoherence and invited hostility toward religion. The Supreme Court's landmark Galloway decision implicitly rejected Lemon and replaced it with an objective evaluation of our nation's history.

Yet lower courts have still been using the Lemon test, allowing Newdow to claim that the national motto, which has appeared on U.S. currency since 1864, violates his rights as an atheist. Conspicuously absent from the court's opinion was any discussion of Lemon, and the court noted that it was breaking with other federal appeals courts to follow Galloway's “unequivocal directive.”

For more information or to arrange an interview with a Becket attorney, please contact Melinda Skea at [email protected] or 202-349-7224. Interviews can be arranged in English, Chinese, French, German, Portuguese, Russian and Spanish.