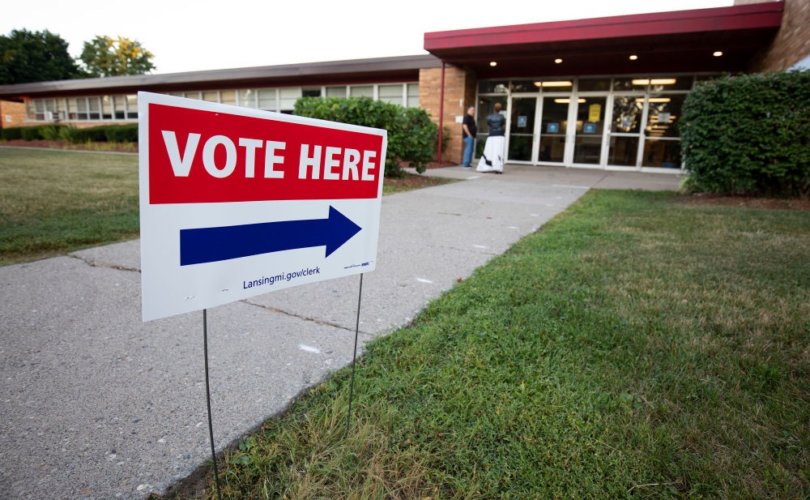 LANSING, Michigan (LifeSiteNews) — Michigan’s Supreme Court approved a ballot measure Thursday to allow voters to decide whether or not to enshrine abortion as a “fundamental right” in the state’s constitution in November. The decision came after the ballot petition garnered over 750,000 signatures, and just a day after a Michigan judge struck down the state’s pre-Roe 1931 law banning abortion.

Michigan’s Supreme Court handed down the ruling in a 5-2 decision Thursday night, at the same time it authorized a separate ballot proposal to allow early voting, Bridge Michigan reported. The rulings followed a week of deadlock as opponents of the measure within the Board of State Canvassers attempted to block the proposals.

Two conservative justices dissented from Thursday’s decision, pointing out formatting errors in the proposal that, they argued, could create confusion for voters.

Not yet seeing opinion on voting measure. Story to follow.https://t.co/x4EAPXU5bY

Proposal 3, which was formally added to the ballot Friday, would add language to the constitution ensuring that:

“Every individual has a fundamental right to reproductive freedom, which entails the right to make and effectuate decisions about all matters relating to pregnancy, including but not limited to prenatal care, childbirth, postpartum care, contraception, sterilization, abortion care, miscarriage management, and infertility care.”

The proposal states that “[a]n individual’s right to reproductive freedom shall not be denied, burdened, nor infringed upon unless justified by a compelling state interest achieved by the least restrictive means.”

READ: Michigan set to vote on establishing state ‘right’ to abortion this November

The amendment would authorize limited abortion restrictions “after fetal viability,” but only as long as abortions “medically indicated to protect the life or physical or mental health of the pregnant individual” are not curtailed.

In addition, the state would be prohibited from pursuing civil or criminal action against a women for their “actual, potential, perceived, or alleged pregnancy outcomes, including but not limited to miscarriage, stillbirth, or abortion.” The amendment would also prevent penalizing or prosecuting anyone who helps a woman voluntarily obtain an abortion.

The Michigan Catholic Conference and Right to Life of Michigan have come out in opposition to the proposal.

Citizens to Support MI Women and Children, the PAC registered to oppose the initiative, argued the “poorly-worded amendment would repeal dozens of state laws, including our state’s ban on tax-funded abortions, the partial-birth abortion ban, and fundamentally alter the parent-child relationship by preventing parents from having input on their children’s health.”

In contrast, the initiative has the backing of radically pro-abortion U.S. Sen. Elizabeth Warren, a Massachusetts Democrat, and Michigan Attorney General Dana Nessel.

RELATED: Open letter to Elizabeth Warren: Why do you campaign so strongly for the murder of the unborn?

The campaign to advance the proposal is being led by pro-abortion PAC Reproductive Freedom for All, which is located at the same Detroit address as the Michigan chapter of the American Civil Liberties Union (ACLU).

ACLU of Michigan, Planned Parenthood Advocates of Michigan, and nonprofit Michigan Voices, a Detroit-based backer of the Marxist Black Lives Matter (BLM) movement as well as expanded abortion access, have also thrown their support behind the proposal, along with University of Michigan’s student newspaper Michigan Daily.

In March, Michigan Voices co-executive director Sommer Foster told Detroit’s NPR station WDET that her group is supporting the amendment in a bid to shore up abortion safeguards against a nearly 100-year-old state law that made abortion a felony in the Great Lakes State.

“Michigan has a 1931 law on the books that would not only ban the right to have an abortion, but also would criminalize the procedure,” Foster said. “And so we think that this is the best way to protect your reproductive health in Michigan.”

The 1931 law referenced by Foster hasn’t been enforced in Michigan since the U.S. Supreme Court established a federal “right to abortion” in Roe v. Wade (1973).

The law could have taken effect again after the Court’s rollback of Roe in its landmark Dobbs v. Jackson Women’s Health Organization decision in June. In May, however, a Court of Claims judge issued a preliminary injunction halting its enforcement after Planned Parenthood filed a lawsuit against the state in April.

On Wednesday, the same judge (who previously faced calls to recuse herself from the case due to her financial contributions to Planned Parenthood) issued a permanent injunction against the pro-life law.

Meanwhile, it appears the groups in favor of enshrining abortion access into Michigan’s constitution have far greater financial backing than their opponents, according to Ballotpedia.

The majority of the funds to support the proposal appears to have flowed from the ACLU, which contributed a total of more than $7.5 million through the ACLU as well as subsidiary groups ACLU Fund of Michigan and ACLU of Michigan.

Conversely, Citizens to Support MI Women and Children received $200,000 from the Michigan Catholic Conference, $168,109.88 from Right to Life Michigan, and $50,000 from the Knights of Columbus Michigan State Council.