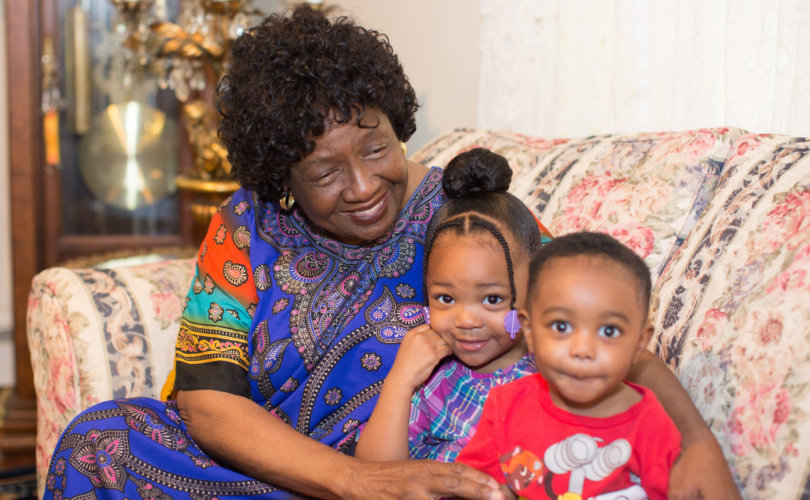 Sharonell Fulton has fostered more than 40 children in the last 25 years.Becket Fund for Religious Liberty

April 23, 2019 (LifeSiteNews) — A federal appeals court ruled against foster families and the Catholic foster care agency working with them to provide loving and stable homes for foster children in Philadelphia.

The Third U.S. Circuit Court of Appeals sided with the City of Philadelphia for its ban of the Archdiocese of Philadelphia’s Catholic Social Services (CSS) from its foster placement program.

The city ended its contract with CSS because the archdiocese’s program adheres to Church teaching on marriage and won’t place kids with same-sex couples.

The court ruled Monday that the city did not target the archdiocese’s foster care agency because of its religious beliefs, a Washington Post report said, and acted only to enforce its non-discrimination policy.

“The city stands on firm ground in requiring its contractors to abide by its non-discrimination policies when administering public services,” Circuit Court Judge Thomas Ambro wrote for the three-judge panel.

The Becket Fund for Religious Liberty is representing CSS in the case, along with foster parent Sharonell Fulton and other foster families.

Fulton and the other parents will continue to fight to provide homes for foster children, the Becket Fund said, something the Catholic agency had done for roughly a century — until the city’s action to ban it.

In March 2018, the City of Philadelphia had issued an urgent call for 300 new foster families.

But then, in spite of the serious need for homes for 6,000 children in its foster care system and also CSS’ record as one of the city’s most successful foster agencies, the city abruptly banned CSS from placing any children.

The city did this even though not one LGBTQ couple had ever approached CSS seeking certification and the agency never prevented a child from finding a home.

This has resulted in foster homes sitting empty and foster parents barred from serving at-risk children, the Becket fund reportrf, just because the city disagrees with CSS’ long-standing beliefs about marriage.

Becket stepped in to represent CSS, families and children against the City of Philadelphia in May 2018.

In July 2018, a federal judge denied CSS’ request for a temporary restraining of the city’s ban.

On Monday, the Third Circuit denied CSS’ request for a preliminary injunction in the case compelling the city to renew its contract.

The deputy director of the ACLU’s LGBT & HIV Project praised the City of Philadelphia’s success in court on Monday against CSS and its foster families.

“This is a victory for the thousands of children in Philadelphia’s child welfare system,” Leslie Cooper said. “Many of those children live in group homes, are separated from siblings, or age out of foster care without ever becoming part of a family because of the shortage of foster and adoptive families to care for them. Prospective foster and adoptive parents should be judged by their capacity to provide love and support to a child, not the religious views of a tax-funded agency.”

Sharonell Fulton has fostered more than 40 children in the last 25 years, including two young siblings with special needs.

The siblings’ needs necessitate extensive medical care, which Fulton could not provide without CSS’ ongoing support, such as training, resources and professional guidance for how to care for them.

She dismisses any idea that CSS’ upholding of marriage in its approach to placing children with foster families amounts to discrimination, and rather it’s the city that is directing it toward CSS and her faith.

“As a single mom and woman of color, I’ve known a thing or two about discrimination over the years,” she said in a May 2018 op-ed for The Philadelphia Inquirer. “But I have never known vindictive religious discrimination like this, and I feel the fresh sting of bias watching my faith publicly derided by Philadelphia’s politicians.”

“It was my faith that led me to become a foster mother to children, particularly children that society had abused and discarded,” Fulton said. “To see the city condemn the foster agency that has made possible my life's work fills me with pain.”

“The 6,000 and counting at-risk children waiting in Philadelphia's foster care system deserve much better than having their futures jeopardized by our city's leaders playing politics,” she said.

Becket senior counsel Lori Windham concurred with Fulton’s assessment of the city’s action and said the fight was not over.

“This ruling is devastating to the hundreds of foster children who have been waiting for a family and to the dozens of parents working with Catholic Social Services who have been waiting to foster a child,” Windham said. “We’re disappointed that the court decided to let the city place politics above the needs of kids and the rights of parents, but we will continue this fight.”