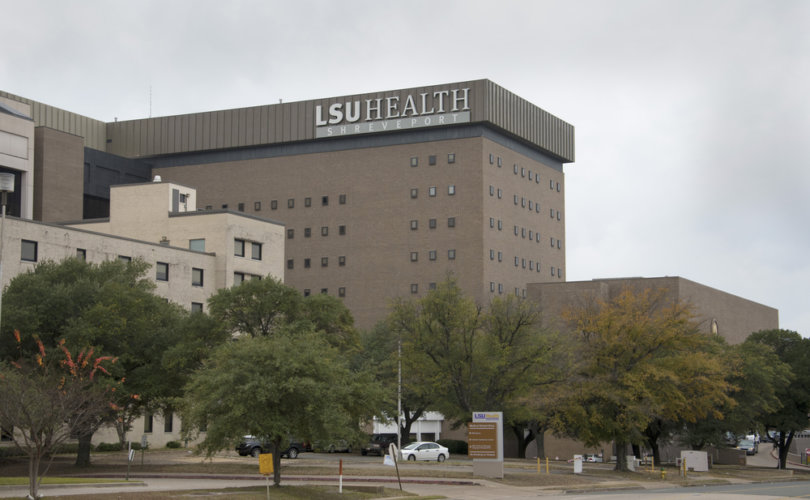 SHREVEPORT, Louisiana (LifeSiteNews) — A Louisiana court ruled that the state’s largest healthcare system may not force its employees to get the COVID-19 jab at least until the legality of the mandate is formally resolved.

The panel of three judges on the Second Circuit Court of Appeals in Shreveport issued a temporary restraining order on October 28, blocking Ochsner Health System from firing or disciplining any of its 32,000 employees who have refused to comply with the system’s COVID-19 injection requirement.

The decision, which came only a day before the mandate was set to take effect, was issued in response to a lawsuit filed by a group of Oschner employees who would have faced discipline or termination if the court had not moved to stall enforcement of the requirement.

The deadline has arrived for all Oschner Health employees to be vaccinated, but an appeals court ruling issued Thursday protects a group of health care workers in North Louisiana who are challenging the mandate from being disciplined or fired. https://t.co/9CsralEJUw

The lawsuit was brought forward by some 39 Oschner employees, including 20 registered nurses, four surgical technicians, a licensed practical nurse, a nurse practitioner, a physician, and a respiratory therapist, among others.

While a lower-court judge had previously dismissed the lawsuit, the appeals court said in its October 28 decision that the Oschner employees may not be fired or disciplined for failure to get the COVID-19 jab at least until they have a chance to make their arguments in a hearing.

Attorney Jimmy Faircloth, who has filed several lawsuits on behalf of Louisiana employees arguing for the right to make their own health care decisions, told NOLA.com the court’s decision to issue a temporary restraining order is a good sign.

“To get a temporary restraining order, you must convince the court when you file something that you have a substantial likelihood of success,” Faircloth said. “This very important issue is a resounding wakeup call to all the employers in the state that have been hoodwinked into believing that you can do this.”

According to a report by US News, Oschner Health has “expressed disappointment” in the ruling.

Oschner Health President and CEO Warner Thomas said in a statement that the temporary reprieve for employees who don’t want the jab is “inconsistent with established Louisiana law as well as with decisions of courts across the country upholding COVID-19 vaccine mandates.”

Thomas said in response to the court’s decision the health system is “deferring our compliance deadline for all Ochsner LSU Health employees across facilities in Shreveport and Monroe until the matter is settled,” but said “Ochsner Health intends to appeal to the Louisiana Supreme Court and is confident we will prevail.”

It’s unclear whether the temporary restraining order will lead to a permanent protection of employees’ rights to refuse the jab, but it appears likely the court will ultimately dismiss the plaintiffs’ request.

Attorney Joel Friedman, a Tulane Law School professor who specializes in labor law, told NOLA.com the temporary restraining order “just postpones the inevitable,” arguing that “[t]here’s no violation of any right to privacy here because the government has a compelling interest to require vaccinations under the circumstances to promote public health.”

Threatening to fire workers for non-compliance with the COVID injection mandate is not the only move Oschner has made to push for widespread vaccination, even among non-employees.

Before the court’s ruling, Oschner took a step beyond mandating the experimental, abortion-tainted COVID-19 drugs for its employees, announcing it would institute a “spousal COVID vaccine fee” set to take effect in 2022 that would hike insurance rates for employees whose spouses covered under the same plan have opted not to get the jab.

BREAKING: #OchsnerHealth in LA is now mandating vaccines for spouses of employees.

If your spouse is on your insurance and does not get the jab, they will be imposing a $100 per-pay-period fee.

What started as a $100 incentive to get the jab has now turned into a recurring tax. pic.twitter.com/RBPGKmQj1I

The Federalist reported that under the requirements, which add a $100 premium per pay period for those with unvaccinated spouses, “[e]mployees of Louisiana’s largest hospital system could lose more than 5 percent of their annual paycheck to totalitarian vaccine mandates, even if they themselves are vaccinated.”

It is unclear whether the spousal vaccine policy will be affected by any future hearing in response to the Oschner employee lawsuit.

The court also has not yet publicized when a hearing on the matter of mandatory COVID-19 vaccination for Oschner Health employees is to take place.