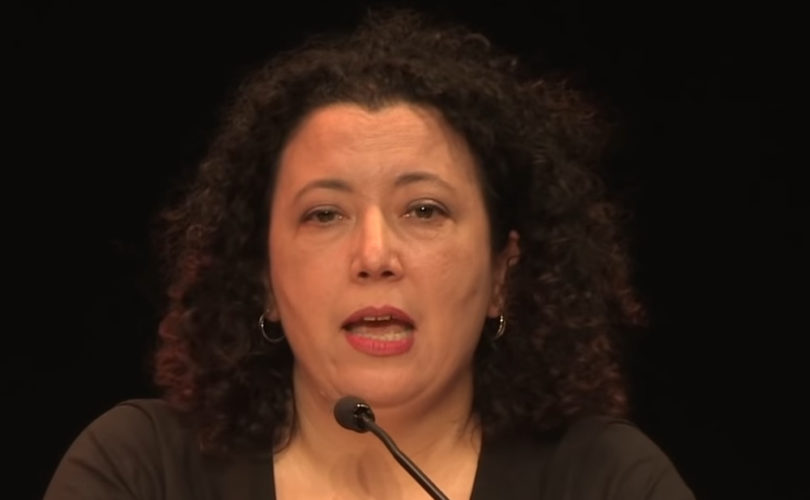 June 14, 2021 (LifeSiteNews) — A few tweets denying the possibility of changing one’s sex led to blowback from the transgender lobby, and cost a British researcher and feminist her job in November 2019. A year and a half (and two court hearings) later, Maya Forstater has defended her right to believe in biological reality — successfully.

Forstater was serving as a visiting fellow at the Center For Global Development, a think tank dedicated to the fight against poverty, when she tweeted: “I don’t think it’s possible for someone to change their sex … [although] it’s possible to change it on a birth certificate.” Forstater also raised concerns about men using women’s spaces, stating that such violations of “women’s rights to privacy” are “fundamentally illiberal (it is like forcing Jewish people to eat pork).” A dispute following these and other similar remarks resulted in the discontinuation of Forstater’s contract with the organization.

Forstater’s case was heard for the first time at an employment tribunal in London in November 2019. Judge James Taylor ruled that Forstater’s beliefs were merely philosophical, not material, as she had claimed, and were harassing people claiming to be a member of the opposite sex. “The Claimant is absolutist in her view of sex … The approach is not worthy of respect in a democratic society,” the judge argued.

In her 2019 Claimant’s Witness Statement, Forstater had insisted on the difference between gender and sex. “I believe that ‘sex’ is a material reality which should not be conflated with ‘gender.’” She pointed out that gender has nothing to do with biology, but simply is “the socially constructed roles expected of men and women in society.”

Forstater emphasized that the recognition of the material reality of sex is crucial for ensuring the protection of women’s rights. “In particular I believe it is important to be able to talk clearly about the material reality of the two sexes in order to take action against the discrimination, violence and oppression that still affect women and girls because they were born female.”

She discussed disadvantages, “such as career pathways,” which women already experience in society. Pretending that biological males are biological females would prevent society from helping disadvantaged women, she argued. “I believe that altering the word ‘woman’ so that it means ‘any person who identifies as a woman’ (and vice versa for ‘man’) removes the possibility of analysing the material conditions of woman’s existence.”

With her court case, Forstater joined other feminists, most notably Harry Potter author J.K. Rowling, in fighting at least some aspects of gender ideology and protecting women’s rights.

On June 10, 2021, Justice Choudhury overturned the Employment Tribunal’s earlier judgment. According to this new ruling, those who share Forstater’s critical view of transgenderism in the U.K. are legally protected from discrimination under the Equality Act 2010.

According to a press release by Forstater, the Appeal Tribunal pointed out that her beliefs are not extremist, and are therefore lawful: “The Claimant’s gender-critical beliefs, which were widely shared, and which did not seek to destroy the rights of trans persons, clearly did not fall into that category [of Extremism, such as Nazism and Totalitarianism].”

Justice Choudhury explained, “It is clear from Convention Case Law that … a person is free in a democratic society to hold any belief they wish, subject only to ‘some modest, objective, minimum requirements’ … The Claimant’s gender critical belief is not unique to her; it is a belief shared by others who consider that it is important to have an open debate about issues concerning sex and gender identity.”

“I am delighted to have been vindicated,” Forstater said after the ruling. “I lost my job simply for expressing a view that is true and important, and held by the great majority of the people in this country: sex matters. Being a woman is a material reality. It is not a costume or feeling. Institutions that pretend sex doesn’t matter become hostile places for women, in particular.”

In her video statement, Forstater celebrated her victory and called upon other individuals and institutions to maintain and protect the reality of there being only two sexes. She noted how crucial it is to fight for the freedom to speak the truth in our time.

“Being free to hold a belief means the freedom from being harassed, discriminated against, or having your livelihood taken away from you if you express that belief,” she said. “I’m proud of the role I played in clarifying the law and inspiring more people to speak up. But we can’t leave the burden on individuals to put this right.”