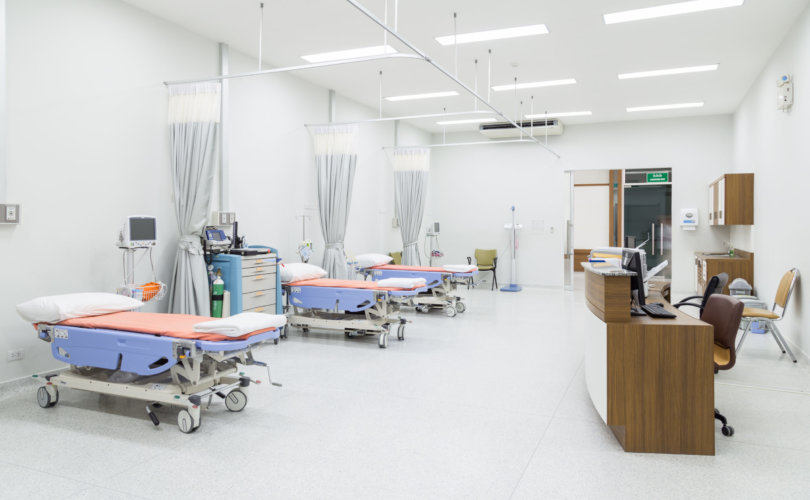 OTTAWA, September 16, 2020 (LifeSiteNews) – According to federal public health agency data, Canada reported zero deaths attributed to the coronavirus in a 24-hour period for the first time in six months.

On September 11, Canada reported 9,163 deaths related to COVID-19, which was the same amount reported September 10. On the same day, there were 135,626 total positive cases overall, with most of these cases, more than 121,000, marked as recoveries.

The report of zero coronavirus deaths came this past Friday and caught the attention of Concerned Ontario Doctors, a grassroots nonprofit organization advocating for healthcare issues affecting frontline doctors.

The group took to Twitter to bring attention to the fact that deaths and hospital admissions, including those admitted to the ICU, have flat-lined nationwide, despite an apparent rise in cases.

As of today, Canada has 9,188 deaths attributed to the virus since the nation's first death was reported on March 9.

Data also show that while positive COVID-19 cases have risen in the past few weeks, hospitalization rates, including ICU admissions, as well as deaths, have remained low.

This is especially the case in the provinces of Ontario and Quebec, which make up the vast majority of both COVID-19 deaths and cases in Canada.

As of today, Ontario reported 44 people in hospital because of COVID-19 and 20 of them in ICU, including 12 on ventilators. Quebec statistics indicate 120 people are in hospital due to the virus.

Dr. Kulvinder Gill, president and co-founder of Concerned Ontario Doctors, has been a critical opponent of the lockdown measures and the need for a vaccine.

She recently said the “smears against Hydroxychloroquine” as an effective treatment for COVID-19 need to stop. She also came under fire for saying on social media that a COVID-19 vaccine is not necessary and that extended lockdowns do not accomplish anything.

In response to the report of no new deaths, Gill took to social media to voice her opinions, which included highlighting herd immunity as an effective strategy in fighting the virus.

Dr. Harvey Risch, an epidemiologist at Yale School of Public Health, told LifeSiteNews that Canada “should not replicate the Israeli experience” in terms of what Israel did to combat the coronavirus.

“The original (Israeli) lockdown achieved about no new cases for two weeks and yet a massive second wave occurred when the lockdown reopened because there was no understanding of the reservoir of asymptomatic infected people in the population,” Risch told LifeSiteNews.

Risch also told LifeSiteNews that the only “solution” to COVID-19 is herd immunity, which is what Dr. Gill has advocated for, and that lockdowns “postpone the inevitable.”

“The only solution to this is the development of herd immunity.  That will start to show when 40-50 percent of people have become immune,” Risch told LifeSiteNews.

“Given that the pandemic will continue no matter how, lockdowns just postpone the inevitable, the only way to manage this is to protect people at medium or high risk. Those individuals can either remain completely isolated while everyone else resumes normal life, or have rapid outpatient treatment available in case they need it. That rapid outpatient treatment is of course hydroxychloroquine or ivermectin, plus zinc, plus azithromycin or doxycycline, plus vitamin D.”

Risch has praised hydroxychloroquine (HCQ) as an effective treatment in combating the effects of COVID-19. He recently said that opponents to HCQ have no science to back up their opposition to the drug, which has been approved for use for decades to combat Malaria.

Risch said of HCQ to LifeSiteNews, “A population can politicize these drugs and go kaput, or it can make use of them and survive. That's the choice.”

Ontario Premier Doug Ford, who himself has been a vocal opponent of those opposing the lockdown measures put in place in Ontario, has been critical of rising cases and recently threatened to bring in a rash of new lockdowns should numbers continue to rise.

“We will take every step necessary including further shutdowns,” Ford said earlier in the week.

Ford has also been critical of how the Trump administration has handled the coronavirus crisis in the United States.

In July, he told reporters that the United States has “been reckless. They moved forward too quickly,” in a jab clearly directed at Trump and governors of states such as Texas and Florida, who have reopened their states to near-normal conditions.

Despite the criticism of the United States and its case counts and death rates, a recent opinion piece published on LifeSiteNews by Robert L. Kinney III suggests that the U.S. death toll related to COVID-19 may have been exaggerated by over “100,000.”

Today, Dr. Gill blasted politicians on Twitter for saying they are looking into imposing new restrictions.

“Why are politicians, who’ve secretly broken their own lockdowns & arbitrary restrictions w/out consequence, the very ones to demand/impose more illogical, unethical & unscientific lockdowns/restrictions on citizens? Their blatant hypocrisy/disregard for our liberties is appalling,” Gill wrote on Twitter.