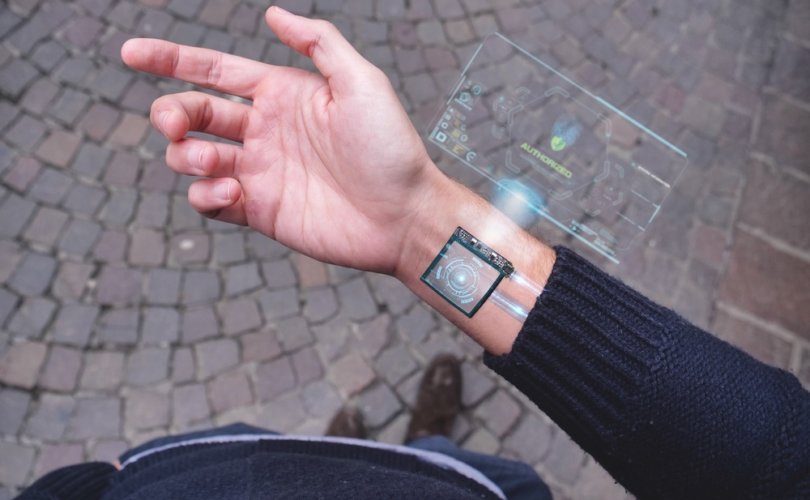 April 4, 2020, 5:23 p.m. EST: One of the Benham brothers – the twins who famously lost an HGTV show over their biblical view of human sexuality – has been arrested sidewalk counseling in North Carolina.

The rumors are true – I was arrested this morning. My boys and I went to support the awesome sidewalk counselors who work with our non- profit, Cities for Life. We offer life affirming services for at risk mothers. It’s been an absolute privilege serving over 5,000 vulnerable mothers who felt abortion was their only choice! We support taking every precaution during COVID-19. This is why we maintained our social distance and stayed under 10 in number. We were not belligerent… We simply stood our ground. MLK once said, “A man dies when he refuses to stand up for that which is right. A man dies when he refuses to stand up for justice.” It’s our dream that we would see abortion come to an end in this country. Would you pray with us towards that goal?

April 3, 2020, 6:15 p.m. EST: During tonight’s coronavirus press briefing, President Trump was asked a question about the FDA’s new requirement that men only abstain from homosexual activity for three months before donating blood (there were previously required to wait a year). Trump said the decision was made by “very capable people.”

Pro-life activists in North Carolina and Michigan are suing over their states’ “stay-at-home” orders that apparently ban them from exercising the right to free speech outside abortion centers, even when following so-called social distancing guidelines.

The Society of St. Pius X (SSPX), which was a “life raft” for Catholics desiring Holy Mass right now, has announced it is cancelling “most” public Masses in the U.S. It is still encouraging its priests to be available for Confession and other Sacraments.

An article in Scientific American describes the vision of Massachusetts Institute of Technology (MIT) researchers for embedding vaccine records “directly into the skin” of children.

In developing this idea, which the article proudly notes avoids using “iris scans” that might violate privacy, was “funded by the Bill & Melinda Gates Foundation.” It “came about because of a direct request from Microsoft founder and philanthropist Bill Gates himself, who has been supporting efforts to wipe out diseases such as polio and measles across the world.”

A LifeSiteNews article with more details is forthcoming.

Governments are ramping up their surveillance on citizens.

Digital surveillance rolled out to curb coronavirus should be limited in time and scope, more than 100 rights groups said on Thursday, warning governments not to use the crisis as cover for pervasive snooping.

From facial recognition to phone tracking, governments are turning to technology to trace infections and keep tabs on the population as they enforce lockdowns, curfews and quarantines.

But without appropriate safeguards in place, tools deployed to save lives could cause lasting harm to people’s rights, leading civil society organisations, including Human Rights Watch (HRW) and Privacy International, said in a statement.

“An increase in state digital surveillance powers, such as obtaining access to mobile phone location data, threatens privacy, freedom of expression and freedom of association,” the groups said.

Bishop Robert Baker of the Diocese of Birmingham in Alabama has walked back his suggestion that priests find creative ways to distribute Holy Communion to the faithful on Holy Thursday.

Since making his initial suggestion, “I have heard arguments for and against this initiative (some of which were even presented in a respectful manner), and have ultimately decided that it is best to delay it a bit longer,” Baker said in a statement. “It seems that scientists do not yet agree on whether the virus can be passed through the air. As long as the virus is still so prevalent (it has not yet peaked in Alabama) and we do not yet have clear answers on such weighty issues, I now judge it best that we revisit the possibility of distributing Holy Communion after Easter.”

In New York, eight sex offenders are among the prisoners who have been released from jail because of the coronavirus (3,500 California prisoners will also be released from that state’s crowded prison system early to slow the spread of the virus.)

Bloomberg reports that Vermont has ordered stores to stop selling anything “non-essential”:

The state on Tuesday ordered Walmart Inc. and other big-box retailers to halt the sale of “non-essential” products in their brick-and-mortar locations to reduce the potential spread of the coronavirus.

A spokesman for Vermont’s Agency of Commerce and Community Development said Tuesday’s directive was meant “to provide further clarity” to a March 24 executive order from Governor Phil Scott that said state businesses should suspend in-person business operations. The order excluded retailers “serving basic human needs” such as grocery stores and pharmacies, recommending only that they conduct business online and through curbside pickup “to the extent possible.”

Some stores in the U.K. have apparently also been told they mustn’t sell chocolate Easter eggs, as they are considered “non-essential.”

The Muslim mayor of London has praised Cardinal Vincent Nichols for closing churches during the coronavirus crisis.

“As our churches remain closed, let us open our hearts even wider”.

Inspiring words from @CardinalNichols – and good to hear about the plans in place for London's Catholic community to observe Lent whilst following the current, guidance to #StayAtHome. https://t.co/aQ1RTXdQTa

The same Democrats in the U.S. House behind the (failed) impeachment of President Donald Trump are now launching a wide-ranging investigation into the Trump Administration’s handling of the coronavirus pandemic.

Senator Marco Rubio (R-FL) has warned that the pro-abortion World Health Organization’s subserviance to Communist China “undermined global health” and “could prove fatal” during this crisis.

An article published yesterday in The Hill details the “political strings” that are attached to China’s purportedly charitable international aid efforts related to the virus for which it is responsible.

Finally, some good news: 11 California Planned Parenthoods are currently closed because of the coronavirus.