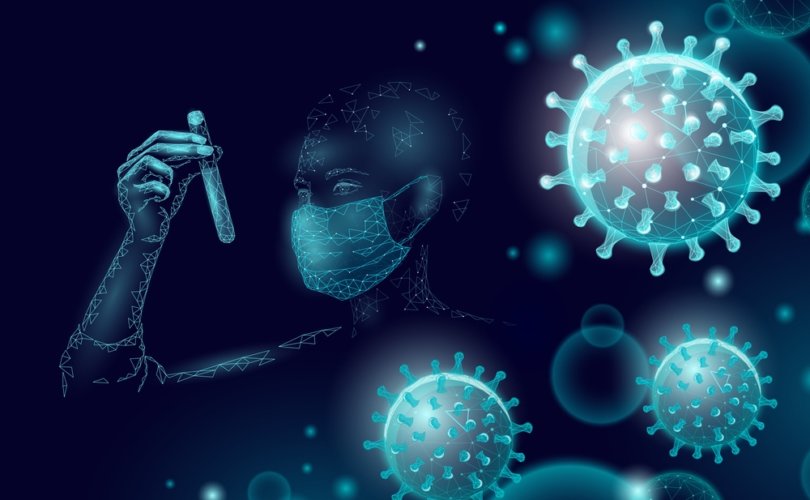 ST. LOUIS, Missouri, May 31, 2021 (LifeSiteNews) – A newly published study into the long-term effects of infection with COVID-19 has concluded that contracting the virus can give people cells that “produce antibodies for the rest of people’s lives” against the SARS-CoV-2 virus.

Commenting on the findings, the study’s principal author, Dr. Ali Ellebedy, Ph.D, said the presence of such antibody cells is “strong evidence for long-lasting immunity” against COVID-19, if one has been previously infected.

The study, titled “SARS-CoV-2 infection induces long-lived bone marrow plasma cells in humans” and published May 24 in the journal Nature, was conducted by a group of researchers at the Washington University School of Medicine (WUSM) in St. Louis. The team tracked the antibody development of 77 previously infected individuals, each of whom donated blood samples at three-month intervals from the first month after their infection with the SARS-CoV-2 virus.

The team discovered that, with mild infections, antibody levels were initially high but dropped steeply within a few months, remaining steady thereafter without disappearing entirely. In fact, according to the study, a small number of antibodies were still detectable after 11 months.

Ellebedy, associate professor of pathology and immunology at WUSM, explained that such a phenomenon is exactly what should be expected with a normal viral infection cycle and does not point to only a short-term immunity.

Blood antibody levels are principally made up of plasmablasts during a virus-induced immune response, forming a strong initial defense but lasting only a limited time. Antibody levels wane significantly after a virus has been successfully fought off, but crucially a number of the cells that create specific antibodies, known as long-lived plasma cells, are stored in the bone marrow.

“It’s normal for antibody levels to go down after acute infection, but they don’t go down to zero; they plateau. Here, we found antibody-producing cells in people 11 months after first symptoms. These cells will live and produce antibodies for the rest of people’s lives. That’s strong evidence for long-lasting immunity,” Ellebedy said.

In fact, Ellebedy decried mainstream media outlets and scientific organizations for spreading an interpretation of low antibody data “to mean that immunity was not long-lived.” “But that’s a misinterpretation of the data,” the professor added.

— Article continues below Petition —
PETITION: No to mandatory vaccination for the coronavirus
Show Petition Text
1082041 have signed the petition.
Let's get to 1100000!
Thank you for signing this petition!
Add your signature:
Show Petition Text

“People with mild cases of COVID-19 clear the virus from their bodies two to three weeks after infection, so there would be no virus driving an active immune response seven or 11 months after infection,” the researchers wrote.

“These cells are not dividing. They are quiescent, just sitting in the bone marrow and secreting antibodies. They have been doing that ever since the infection resolved, and they will continue doing that indefinitely,” the team explained.

In like manner, a 2020 study, also published in the journal Nature, found that people who contracted the SARS virus (also known as SARS-CoV-1) between 2002 and 2004 had maintained a detectable level of memory T-cells.

By contrast, Pfizer’s own study into the long-term protection offered by its experimental mRNA COVID vaccine showed that inoculated individuals can expect a mere six months of immunity from infection with COVID-19.

A landmark study from Israel published in May confirmed that previous infection with COVID-19 provides a greater level of immunity against the virus than does Pfizer’s vaccine.

The three-month study – following four sets of groups based on a variation of being vaccinated, unvaccinated, previously infected, and not previously infected – showed that the overall efficacy of Pfizer’s mRNA vaccine against infection was 92.8 percent, ranking marginally lower than natural immunity from prior infection, which the study found to be 94.8 percent.

Vaccine efficacy against death from COVID-19 was found to be 93.7 percent in fully vaccinated individuals, “defined as 15 days or more after the second dose.” Conversely, no efficacy calculation was presented for previously infected people as only one person in that group died during the three-month study. The study awaits peer review.

American pharmaceutical firm Merck (operating as MSD outside of North America) announced as early as January that they were halting the development of a vaccine against COVID-19 after determining that the immune responses gained from their own trial vaccines were “inferior to those seen following natural infection,” as well as those seen in other COVID-19 vaccines.

With even mild bouts of the infection giving rise to long-lasting plasma cells against COVID-19, the team from WUSM speculated on the possibility of asymptomatic patients gaining a similar immunity to reinfection; however, further investigations into asymptomatic immunity are needed to confirm the hypothesis. The team has opened a study probing long-term COVID immunity from vaccines.

In spite of the above, the World Health Organization (WHO) has recommended that even individuals who have contracted COVID-19 at some recent point ought to be vaccinated against the virus for their own protection against reinfection. The WHO, an agency of the United Nations responsible for monitoring and advising on international health, has touted vaccination against COVID-19 as the only way to establish herd immunity safely.

“Herd immunity against COVID-19 should be achieved by protecting people through vaccination, not by exposing them to the pathogen that causes the disease,” a December statement read.

The WHO also stated in October 2020 that achieving herd immunity through natural infection would be “scientifically problematic and unethical,” thereby strongly encouraging the production and mass rollout of a vaccine and ignoring the July 2020 SARS study demonstrating long-lasting T-cell immunity.

However, the vaccine-only immunity drive took a hit when Seychelles, the world’s most vaccinated country, recorded the world’s highest global COVID-19 case count in the first week of May.

The archipelago nation, comprising 115 islands off the east coast of Africa, had supplied the majority of its vaccinated inhabitants (about 57 percent) with the Sinopharm-produced inoculation from China, The Wall Street Journal reported. Those who did not receive the Chinese variant were given two doses of the experimental AstraZeneca shot (around 43 percent). Despite this, the country recorded 336 positive tests per 100,000 population in the first week of May, more than double the amount of second place Maldives at 153 per 100,000.

Seychelles even topped India’s infection rate at the time, which had seen around 28 positive tests of the virus in the per 100,000 population in the same time period.

Like the WHO, the U.S. Centers for Disease Control and Prevention (CDC) recommends that people “should be vaccinated regardless of whether (they) already had COVID-19.” But leading experts in immunology have raised grave concerns around the possibility of antibody-dependent enhancement (ADE) arising from vaccines against coronaviruses.

In December, distinguished scientist and former Pfizer vice president Dr. Mike Yeadon, along with colleague Dr. Wolfgang Wodarg, filed a petition with the European Medicines Agency (EMA) calling for the immediate suspension of all COVID-19 vaccine studies due to significant safety concerns regarding ADEs.

An ADE causes viral antibodies gained from a vaccine, for instance, to overreact when the individual comes into contact with the wild strain of the virus, with the possibility of enhancing the disease instead of mitigating it. With COVID vaccines, this could mean that vaccinated individuals will suffer a more severe bout of the disease and even experience organ failure.

Children’s Health Defense warned last year that ADEs were a possibility in COVID-19 vaccines, yet trials were not designed to detect such pathogenic priming.

America’s Frontline Doctors (AFLDS) described the debilitating effect ADE can have on a person as being “especially tricky because it is a delayed reaction.” “Initially all seems well. The person seems to have a great immune response but then (this vulnerability brought about by the vaccine) becomes deadly when the person is exposed to the virus in the wild.”

“The vaccine amplifies the infection rather than preventing damage … It may only be seen after months or years of use in populations around the world,” they warned.

An example can be found in a vaccine produced in 2015-16 to combat the Dengue fever in the Phillipines, the result of which included 600 child deaths in the Philippines arising from ADE. Criminal charges were brought against the researcher in the wake of the tragedy.

Given the global scale of the pro-COVID vaccine push and the disregard for due process, Yeadon commented that he has “absolutely no doubt that we are in the presence of evil (not a determination I’ve ever made before in a 40-year research career) and dangerous products.”

“For example, if someone wished to harm or kill a significant proportion of the world’s population over the next few years, the systems being put in place right now will enable it.” “It’s my considered view that it is entirely possible that this will be used for massive-scale depopulation,” he warned.