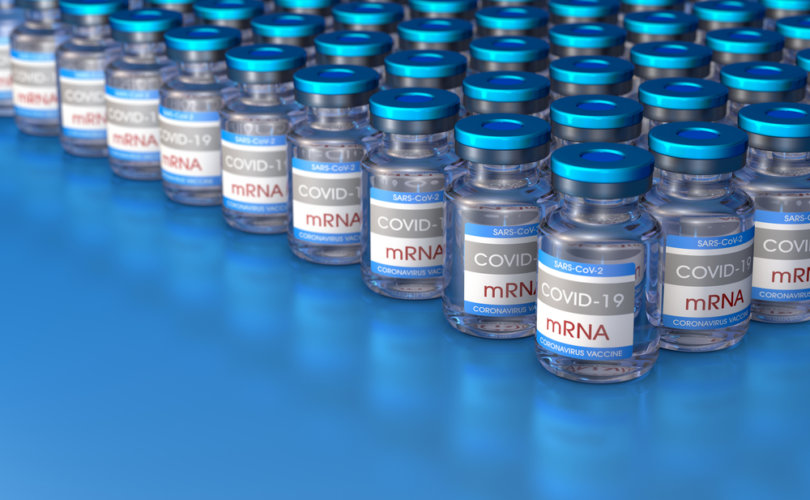 WATERLOO, Ontario (LifeSiteNews) — A Canadian doctor and microbiologist explained the toxic dangers of the mRNA COVID vaccines and why he considers the shots a “technology designed to poison people.”

Dr. Michael Palmer, a Canadian board-certified doctor, medical microbiologist, and professor of pharmacology and toxicology at the University of Waterloo, briefly explained in a video posted online last month how the mechanisms within the novel mRNA COVID-19 vaccines function. He also articulated why he thinks the experimental injections present a serious and potentially fatal toxicity risk to recipients.

“[The mRNA shots] have two components. One is the messenger RNA (mRNA) which contains the blueprint for … the spike protein that occurs normally on the surface of the virus particles, and the idea is to sneak this messenger RNA into our own body cells in order to have them make the actual protein to which the immune system responds to,” Palmer explained.

“The second component is the lipid nanoparticles,” the doctor continued. “These lipids, fat-like molecules, they encase the messenger RNA and they serve two purposes. One is to protect the messenger RNA while it is in transport and secondly also to help it enter the body cells.”

According to Palmer, the issue that arises from this is that one of the components of these lipid nanoparticles, the “cationic” or “electrically positively charged lipid,” is “known to be quite toxic” as a “general property.”

As a result, once these toxic lipids enter the cell, “they tend to disrupt the mitochondrial respiration, the cell respiration,” which is a process that humans need “for producing energy.” Palmer states that if this process is disrupted, the oxygen from respiration is not properly “reduced to water” but instead is reduced to “reactive oxygen species” that can “react with anything,” including “our DNA” in a way that inflicts “damage.”

Even worse, Palmer elaborates that the result of this mechanism is the same result radiation treatments for cancer patients produce, which he says means there are strict limits on how much the human body can withstand before dying.

“That’s one of the great scandals of these vaccines is that no proper toxicity studies have been carried out … But … we can be certain that in principle, we can be quite certain that the total dose of these vaccines that you can tolerate before you die is limited,” Palmer added. “So this is really a technology designed to poison people, there’s really no two ways about it. That is my considered opinion as a medical doctor.”

This is not the first time Palmer has sounded the alarm regarding the COVID-19 vaccines. In October, Palmer wrote a letter to his employer, the University of Waterloo, condemning them for imposing a vaccine mandate for everyone wishing to go on campus.

At the time, Palmer fielded similar concerns regarding the safety of the experimental jabs and told LifeSiteNews by email that his opposition to the vaccine was “not in spite of [his] medical education, but BECAUSE of it.”

“There is just no way that any competent medical scientist who makes an honest effort to himself could not see that these vaccines – in particular the mRNA vaccines, which are touted as ‘the safe choice’ – will cause grave harm, and with a sufficient number of cumulative doses certain death.”

Despite approval from the likes of Health Canada, all currently available COVID-19 vaccines are experimental, with clinical trials not set for completion until 2023.

Further, data from the World Health Organization, the European Union, and America’s Vaccine Adverse Event Reporting System (VAERS) show reports of millions of injuries and tens of thousands of deaths are linked to the shots, which is more than all vaccines combined since 1990.