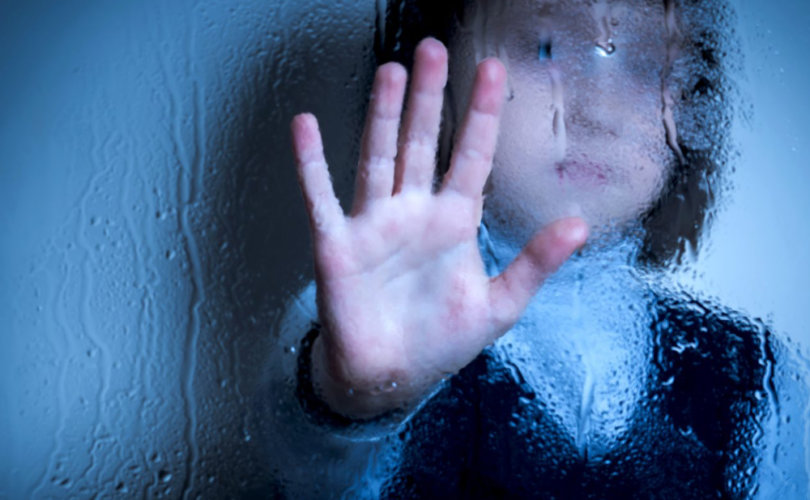 (Children’s Health Defense) – Since the onset of the pandemic, Children’s hospitals throughout the country have seen a “meteoric” rise in the number of children who need mental health help.

To make matters worse, hospitals that struggled to meet the demand for mental health services before the pandemic are now dealing with even fewer resources — like hospital beds, providers, therapists and counseling — thanks to COVID.

Mental health among young people deteriorated during the pandemic when cabin fever increased family conflicts, and closed schools left children isolated from activities and their peers.

According to The Washington Post, from June of last year to late spring 2021, an average of five children each week were admitted to the medical school’s teaching hospital at East Carolina University in Greenville, North Carolina, for overdoses of acetaminophen, opiates, antidepressants and Ritalin.

Normally, the hospital sees only five kids a month.

In May, Children’s Hospital in Colorado declared a “state of emergency” as kids being treated for anxiety doubled, depression numbers tripled and substance abuse and eating disorders increased compared to pre-pandemic levels.

“We really have never seen anything like this rapid growth in kids presenting with mental health problems and the severity of those problems,” said Jenna Glover, director of psychology training at Children’s Hospital Colorado. “I’ve never seen this in my entire career.”

Other hospitals saw even bigger increases. In January, Wolfson Children’s Hospital in Jacksonville, Florida, saw a 300% increase in the number of behavioral health emergency admissions since April 2020.

In January through April 2021, behavioral health emergency department visits were up 72% over the same time period two years ago, the hospital said.

The Centers for Disease Control and Prevention found emergency department visits for suspected suicide attempts during February and March of 2021 were more than 50% higher for teen girls compared to 2019, and more than 4% higher for boys.

“In the last year, there’s been an avalanche of very severely depressed and anxious children and adolescents,” said San Francisco child psychiatrist Michelle Guchereau. It’s “heartbreaking” and “overwhelming” to have to turn some away, she said.

In March of this year, Seattle Children’s Hospital reported seeing one or two patients every night for attempted suicide. The hospital boarded kids in the emergency department because there were no pediatric psychiatric beds available.

A Massachusetts state report showed 39% of pediatric patients who came to the ER for mental health issues in 2020 took up beds in the emergency department due to unavailability of pediatric beds.

During the pandemic, Ann & Robert H. Lurie Children’s Hospital of Chicago reached what Dr. Jennifer Hoffmann, an emergency medicine physician, called a “crisis point.” There were so many mental health-related emergency room visits it activated a response usually reserved for disaster management.

“It allows for coordination at the highest level of leadership in order to address the mental health crisis among children,” said Hoffmann.

Hoffmann’s hospital also had to board kids in the emergency department or admit them to medical beds, where they sometimes waited for days until a psychiatric inpatient bed opened up.

What’s known as emergency room boarding of psych patients has risen between 200% + 400% monthly in MA during the pandemic. CDC says emergency room visits after suicide attempts among teen girls were up 51% earlier this year as compared w/ 2019 #TheDefenderhttps://t.co/esbwnpCAZ3

Colleague Dr. John Walkup, chair of the Pritzker Department of Psychiatry and Behavioral Health at the hospital, said the pandemic exacerbated access problems that have been around for a while.

“We’ve never had an adequate mental health system in the United States for kids — never — and so you take an inadequate system to begin with, and then all of a sudden, you put kids who are at elevated risk … in a very difficult living and life situation. And you now have a crisis of access,” Walkup said.

Many of the kids Walkup’s hospital treated in the ER had a mental health problem that was never diagnosed, or was inadequately treated before the pandemic. Now, when they seek help, they can’t get a regular appointment with a therapist. Even before the pandemic, studies showed it can sometimes take months to get a first appointment.

“Those kids, when you take away school, family support, income support, food support, housing support or they lose a relative — those kids really become symptomatic in a big way,” Walkup said.

Zach Zaslow, senior director of government affairs at Children’s Hospital Colorado said his hospital ends up boarding kids in the emergency department or inpatient unit, not because it’s what’s best for the children, but because “there’s literally nowhere else for them to go.”

“Sometimes they get transferred to out-of-state residential facilities to get the care they need, which splits up families,” Zaslow said. “And that can be traumatizing for kids as well.”

— Article continues below Petition —
PETITION: Ban COVID vaccine mandates for schools and universities!
Show Petition Text
42601 have signed the petition.
Let's get to 45000!
Thank you for signing this petition!
Add your signature:
Show Petition Text

The U.K. is experiencing a similar pediatric mental health crisis, with a third of acute hospital beds in parts of England now occupied by vulnerable children who do not need acute medical care but have nowhere else to go, safeguarding experts warned.

Doctors say they feel like expensive “babysitters” for vulnerable children — many of whom are in care but whose placements have broken down because of their violent and self-harming behavior.

Others have severe neurodevelopmental or eating disorders and need specialist treatment not available on ordinary children’s wards, where they get “stuck,” sometimes for months at a time.

Police are increasingly called to help restrain the children, or to bring them back when they run away, and pediatricians deal with vulnerable children who were not physically ill but displayed such challenging behavior they could not be looked after in other placements.

More than two-thirds of U.S. counties don’t have psychiatrist

According to The Washington Post, the problem and its effects are complex.

An article in the Academic Pediatrics Journal examined barriers to management of psychosocial problems from 2004 to 2013, and found even before the pandemic, pediatricians were overwhelmed with caring for children with mental health problems.

Psychologists have reported a 30% increase in demand for services for children under 13, and a 16% increase for adolescents. At one hospital in Michigan, admissions of adolescents with eating disorders more than doubled during the pandemic.

As of Sept. 9, more than 124 million Americans live in mental health “professional shortage areas,” according to federal data, and the country needs at least 6,500 more practitioners to fill the gaps.

Currently, there are on average only 9.75 U.S. child psychiatrists per 100,000 children under age 19. Poor access to child and adolescent psychiatrists has long been a concern raised by pediatricians and families. The American Academy of Child and Adolescent Psychiatry said we need more than four times as many as are available.

Wait times for new appointments can be many months, and families may be required to pay out-of-pocket or travel long distances as psychiatrists congregate in big cities. More than two-thirds of U.S. counties don’t have a psychiatrist at all.

According to The Guardian, facilities that provide mental health services for children have been systematically undermined and underfunded by successive local and national governments — even though successful outcomes lead to a reduced demand for adult services, which could save the U.K.’s National Health Service considerable expenditures.

Those with power to overhaul and expand the mental health system are simply not doing it.