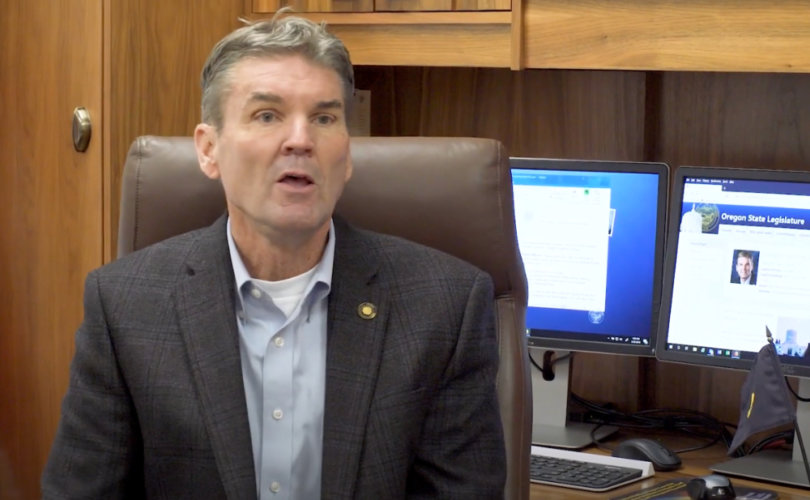 (WND News Center) – It was the Business Insider that noted a book called “How to Lie With Statistics” has been around since 1954.

So it’s little wonder that the statistics regarding COVID-19 have been questioned.

Now some in government are raising their concerns about the manipulation of COVID statistics to a formal level, with a request for a federal grand jury investigation of “statistical manipulation,” according to a report from Just the News.

Among other concerns they raise is the possibility that the deaths and injuries from the experimental COVID vaccines in use in the United States may be underreported by vast numbers.

“As elected Oregon state senators representing 9 Oregon counties totaling at 323,452 American citizens, we are extremely concerned regarding the 12,791 reported fatalities and 571,831 reported injuries in conjunction with the administration of the experimental, Emergency Use Authorized COVID vaccines according to the August 13, 2021, published data sets from the CDC hosted Vaccine Adverse Events Reporting System which a whistleblower, under sworn testimony filed in U.S. district Court asserts may be underreported by a factor of five.”

Further, they charge that the CDC has adopted a standard exclusively for data collection about COVID-19 to inflate cases and deaths during the beginning of the pandemic in violation of federal law and distorting the results.

The two senators explain they were advised by “a large team of world-renowned doctors, epidemiologist, virologists, and attorneys,” and want Asphaug to set up a grand jury to investigate the measurements of the pandemic.

“Public health policy must be based upon accurate and independently verifiable data to optimize outcomes and strengthen the public’s trust in the people leading them through this crisis,” they explained.

“Their letter is dated Aug. 16, but the materials were not released for a month to ‘protect those involved,’ Stand for Health Freedom (SHF), the holistic medicine and legal nonprofit behind the petition effort, said in last month’s announcement,” according to the report.

“I’m not sure there has ever been an allegation of government wrongdoing on this scale,” so the group wanted to assess “accuracy and safety” before going public, relationship manager Bailey Kuykendoll told Just the News.

Asphaug’s office reported the petition has been turned over to the DOJ’s Office of Legislation Affairs, which didn’t provide its plans for responding.

The report explains Thatcher, in an interview, said she was concerned because various officials demanded “arbitrary restrictions” that made worse child abuse, suicide and mental health despite the high survival rate for those with the virus.

She said her concern was that the cure “was worse than the disease.”

Linthicum said he saw early on that the numbers being used on the issue were being manipulated.

“It didn’t take long to actually see that the data was being scrubbed or sculpted to fit a narrative,” he said.

— Article continues below Petition —
PETITION: Ban COVID vaccine mandates for schools and universities!
Show Petition Text
41768 have signed the petition.
Let's get to 45000!
Thank you for signing this petition!
Add your signature:
Show Petition Text

One of their concerns is that the CDC and FDA suggest using a high threshold of 40 when evaluating the RT-PCR test results for a COVID diagnosis, which can provide false positives, the senators explained.

“Public health experts raised the same concerns more than a year ago with The New York Times, recommending cycle thresholds of 35 or lower. The newspaper discovered viral loads were too small to be infectious in up to 90% of ‘positives’ in Massachusetts, New York and Nevada,” the report said.

But those who are vaccinated are tested using a threshold of 28, which means it is “impossible for the public to trust the data they are being presented…”

They are not the first to raise accuracy related questions. Sin Hang Lee, chief of Connecticut’s Milford Molecular Diagnostics Laboratory, cited “problems with PCR design and calibration” more than a year ago, but was discounted by the federal government.

The lawmakers’ petition also accuses the FDA of withholding “safe and effective evidence-based treatments” such as vitamin D and ivermectin.

Thatcher was interviewed by COVID contrarian Naomi Wolf on the topic.

According to the two senators, the problem is the “significant irregularities in COVID-19 data published by the CDC. Irregularities have have played a critical role in justifying emergency executive orders … that have been used to establish public health policies that have infringed upon the constitutionally protected civil liberties of the citizens we represent … [and] irregularities that have led to major collateral damages including but not limited to: (1) historic small business loss and community economic collapse, (2) unacceptable rises in mental illness, drug abuse,and suicide rates, and (3) unnecessary loss of life due to withholding of evidence-based treatments from citizens in need.”