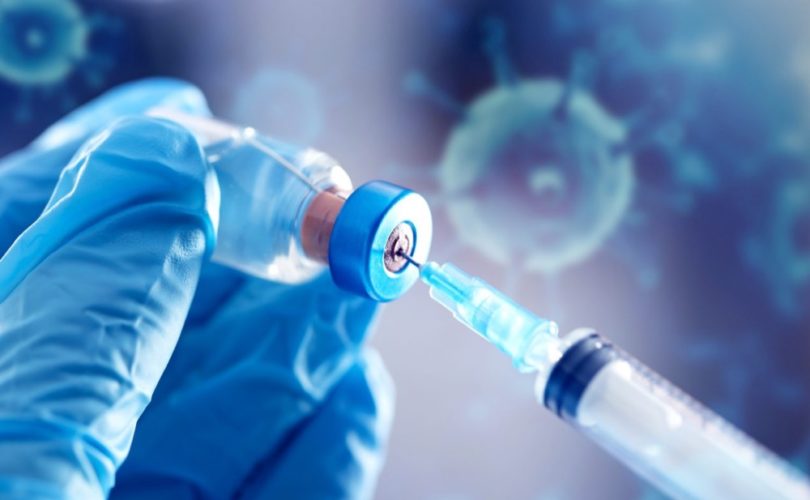 May 20, 2021 (Children’s Health Defense) ­– Emerging research shows that 15% to 80% of people with certain medical conditions aren’t generating many antibodies, if any, after receiving a COVID vaccine.

According to NBC News, people taking medications that suppress their immune system, those on medication for inflammatory disorders and those with blood cancers showed a significantly weaker antibody response to the vaccine.

An organ transplant study published in JAMA found 46% of 658 transplant patients did not mount an antibody response after two doses of the Pfizer-BioNTech or Moderna vaccines. Researchers think the lack of reaction is probably a result of taking a class of immunosuppressive drugs, called antimetabolites.

“Although this study demonstrates an improvement in … antibody responses in transplant recipients after dose two … these data suggest that a substantial proportion of transplant recipients likely remain at risk for COVID-19 after two doses of mRNA vaccine,” researchers from Johns Hopkins wrote.

“I am quite disappointed that a significant amount of transplant patients did not get a reasonable response from both doses of the vaccine,” said Dr. Dorry Segev, author of the study, associate vice chair for research and professor of surgery at Johns Hopkins University.

“The overwhelming majority of transplant patients, even after a second dose of the vaccine, appear to have suboptimal protection — if any protection — from the vaccine, which is frightening, disappointing and a bit surprising,” Segev said.

One of Segev’s trial participants, Laura Burns, received a double lung transplant in 2016, and was taking immunosuppressive medications to prevent her body from rejecting the new lungs. Despite two doses of Moderna’s vaccine, her body did not mount any detectable antibodies to the virus.

However, Segev said he was hopeful because the number of participants who developed antibodies after two doses was higher than the number of people who developed antibodies after just one dose. He and other researchers said scientists are prepared with potential solutions, including a third booster or high-dose shots — though no clinical trials have been conducted yet.

Mounzer Agha, a hematologist at the University of Pittsburgh Medical Center, led a study on blood cancers and COVID vaccines posted online before peer review. Agha said he was crushed when he saw the low antibody results for nearly half of the 67 patients his group tracked.

Patients on treatments that impact B-cell function appeared to have the weakest results, and those with chronic lymphocytic leukemia had a very weak response even if they were not undergoing treatment.

“When I found patients who had never received therapy still did not respond to the vaccine, that was very disheartening,” Agha said.

Current guidelines by the Centers for Disease Control and Prevention (CDC) indicate those with compromised immune systems should be vaccinated for COVID, though “no data are available to establish COVID vaccine safety and efficacy in these groups.”

The agency’s website also states recipients should “be aware of the potential for reduced immune responses to the vaccine.”

People with compromised immune systems or those who take immunosuppressants for a medical condition were largely excluded from vaccine clinical trials.

“There are millions of Americans who are immunocompromised and the CDC has failed to tell us which categories of immunocompromised persons are not going to get any benefit from the vaccine,” said Dr. Meryl Nass, an internal medicine physician.

“Some of these people are on steroids, some are undergoing cancer treatments, some have immune disorders — so which of those people can safely or effectively be vaccinated is entirely unknown.”

Nass said it’s the responsibility of the CDC to determine the risks and benefits of every vaccine for different groups of people. “If you look at the contraindications for each vaccine, which is part of what the CDC’s Advisory Committee on Immunization Practices publishes, you will see that certain groups should not have certain vaccines for certain reasons,” Nass said.

For COVID vaccines, Nass said, the CDC has failed to publish that information, or tell the public which groups might be at a higher risk of suffering an adverse reaction that far outweighs any potential benefit.

“If you’re not going to gain immunity and you can’t protect yourself or the others around you, then why should you get it?” Nass asked.

On May 18, Wisconsin State Journal reported a 75-year-old Madison woman died from COVID after getting the illness more than a month after being fully vaccinated.

According to the woman’s sons, she was on immunosuppressant medications for chronic disease, and this is believed to be the underlying cause of her reduced vaccine protection.

“My thought is that the combination of … medications impaired her immune response to the vaccine, so she probably did not produce as many antibodies,” said Dr. Seth Kingree, the woman’s son, who works in West Virginia where he treats COVID patients.

According to the Department of Health and Human Services in Nebraska, a woman in her 80s with underlying medical conditions developed COVID and died more than 14 days after receiving her second dose of the Pfizer vaccine.

Alan Sporn, owner and president of Spornette International near Chicago, died from COVID after being fully vaccinated with Pfizer’s vaccine. He had chronic lymphocytic leukemia in 2019, which did not require treatment.

In Dallas, Texas, a recipient of an organ transplant died from COVID after being fully vaccinated with a COVID vaccine.

On April 30, Dallas County health officials reported four people died from COVID after being fully vaccinated. All four breakthrough deaths occurred in people with underlying health conditions, and three of the four were immunocompromised or on immunosuppressant medication, reported NBC DFW.

As The Defender reported May 14, the CDC’s Vaccine Adverse Events Reporting System showed that between Dec. 14, 2020 and May 7, there were a total of 192,954 total adverse events reported after COVID vaccination, including 4,057 deaths and 17,190 serious injuries.