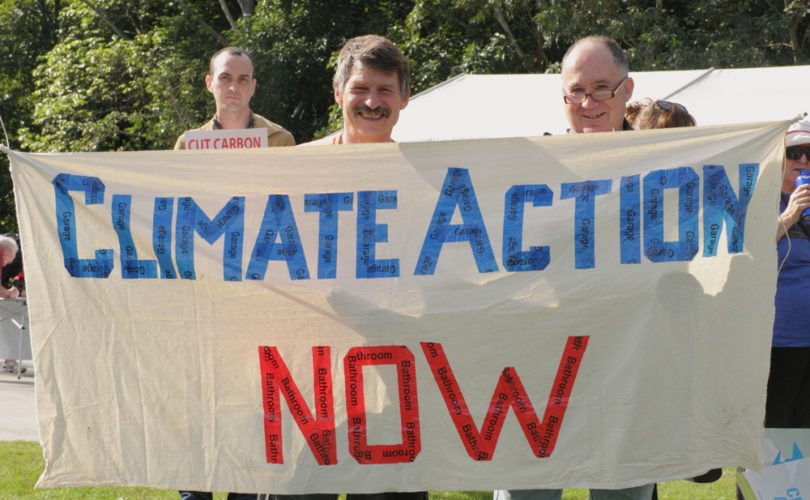 NEW YORK — A partnership among abortion backers is showing cracks as feminists in the Global South are pushing back against environmentalists promoting population control measures.

During the inaugural meeting of a new U.N. endeavor on the environment, one group took to social media to refute the “dubious linking” between population and climate change, arguing that “population control strategies inevitably lead to abuses, coercion, and the violation of women’s fundamental rights.”

The Malaysia-based group ARROW advocates for feminist policies at the U.N., including access to abortion. They are skeptical of wealthy Northern countries’ efforts to reduce the fertility of women in poor countries in the name of stopping climate change.

ARROW tweeted an infograph showing countries with the highest rates of population growth are also those with the lowest rates of energy consumption. Strategies to address climate change “should not displace responsibility for carbon emissions upon those least responsible for them.”

Although feminists and population control groups are the leading international proponents of abortion, their divergent motives have historically set them at odds with each other. The two camps forged an uneasy partnership at the 1994 U.N. Cairo conference, which upheld the right of women to determine the number and spacing of their children.

Now, as the global community works to set new objectives for development and environmental policy, the cracks in the “reproductive health” lobby are beginning to show again.

Singer received a strong reaction from Dr. Babatunde Osotimehin, head of the UN Population Fund (UNFPA), who objected to “limiting the rights of people in this way.” He pointed out rapid decreases in population is leaving countries with “more 65 year-olds than 5 year-olds.”

ARROW’s social media campaign wade into this debate as the new United Nations Environmental Assembly is meeting this week in Kenya to address the “sustainability” component of the forthcoming Sustainable Development Goals (SDGs). These will replace the Millennium Development Goals (MDGs), which expire in 2015.

Economist Jeffrey Sachs, the architect of the MDGs and a key contributor to the SDG process, recently touted Malthus’ theory that excessive population growth frustrates economic development. He proposed the U.N. aim for “rapid voluntary reduction of fertility” to achieve sustainable development.

While feminists are uneasy with the goal of population reduction, they continue to be outspoken in favor of legalizing abortion. But some environmentalist groups favoring a smaller human population are backing away from the controversy surrounding abortion.

“The issue of abortion colors the family planning debate more than it should,” said Andrew Foster, director of the Population Studies and Training Center at Brown University. “[It] gets in the way of a more proper discussion about family planning.”