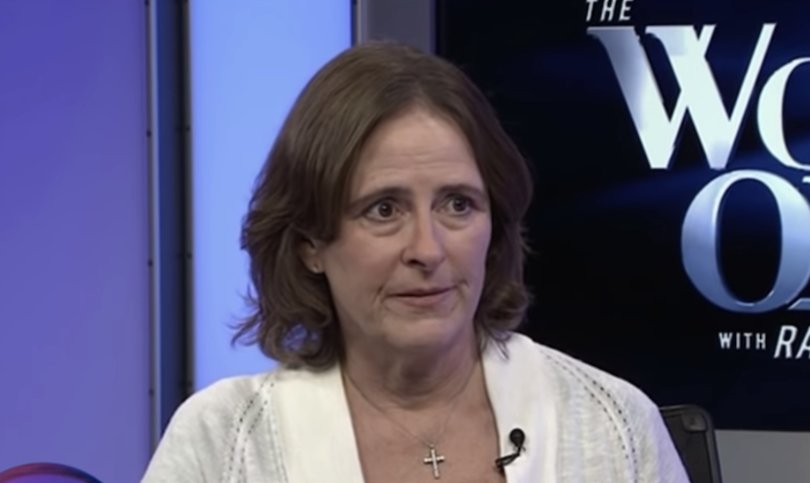 “These are our sons,” she exclaimed.

“These are the young men in formation who we’ve encouraged to go to seminary,” she continued. “We as mothers, and family members, have raised our sons in the church and encouraged them to the priesthood.”

Canon lawyer Marjorie Murphy Campbell spoke with Raymond Arroyo on EWTN’s The World Over about an open letter she penned to the United States Conference of Bishops (USCCB) in The Christian Review, titled an Open Letter to the USCCB Regarding the Cardinal McCarrick Scandal.

A crisis in the episcopacy of this Church

“To call it ‘improprieties between adults’ instead of ‘predation by a person in a position of trust and authority’ is the work of PR and the work of attorneys,” said Campbell, “and it sounds to me like, when I read [the bishop’s statements that are being issued], that the bishops are going to try again to hide behind PR firms and lawyers, and treat this as a canonical problem when it is not. It is a crisis in the episcopacy of this Church.”

Arroyo kicked off their conversation by noting that in the early 2000s, there was a delegation of Catholics who went to the Vatican to warn about McCarrick’s reputation for preying upon seminarians. Despite that, McCarrick was allowed “to proceed in a very quick pace up the hierarchical chain of command and became one of the most influential cardinals in the world.”

“And following that,” noted Arroyo, “he becomes a kingmaker, and his proteges are now going on to higher careers and they become bishops.”

“Why didn’t somebody in the U.S. Conference of Bishops stand up and say, ‘Wait a minute’?” asked Campbell. “We have a problem that is much bigger than just our priests. We have a problem at the Episcopal level. And if something was said to Rome, and there was non-responsiveness from Rome, then all the more reason why our bishops should have taken the matter into their hands, within the community that is created by the Episcopal conference. They meet, they discuss, they talk formally, they talk informally, and this is information that was here and available.”

Denials by Cardinal McCarrick’s colleagues are ‘not credible’

Bishops who worked in close collaboration with McCarrick, including Cardinal Kevin Farrell, head of the Vatican’s Dicastery of Laity, Life and Family, and Cardinal Donald Wuerl, Archbishop of Washington, D.C., have issued statements denying they had any inkling of McCarrick’s predatory sexual behavior toward young men.

Farrell in particular was a very close collaborator of McCarrick and also his housemate for six years.

Campbell said that “based on all of the reports,” recent statements by McCarrick’s former and current colleagues are “not credible”

In her open letter to the USCCB, Campbell appealed to the bishops:

With this shameful exposure of Cardinal McCarrick’s history, the USCCB enters a new, ominous chapter. The bishops must confront serious questions about the role and credibility of the conference itself. I urge you toward disclosure, transparency, and communication. I urge you to commission a third study with a focus on how a sexually abusive bishop not only remained immune from scrutiny that our priests underwent during the sexual abuse crisis but advanced in [his] Episcopacy.

Laity must be in charge of the investigation

I also urge the USCCB to promptly appoint a commission of laity to work with the USCCB and…to formulate independent observations and recommendations regarding procedures for exposing, reporting and addressing sexual misconduct by our bishops. It is critical to Catholics – who are called upon to encourage our sons toward the priesthood – to understand the scope of sexual predation, and its enabling, among our Bishops. The voice of the laity must be included and heard, for the voice of our Bishops has failed us.

“We need an internal factual audit of which bishops knew what,” asserted Campbell. “This has to be a laity-led solution. The credibility at the episcopal level is shot.”

“This commission can’t be urged to dig a trench with handcuffs on,” she said. “This has to be a commission that is given complete and full access to the records of the USCCB, and every bishop is obligated to cooperate with.”

Regarding the notion that since McCarrick is 88 years old, the Vatican will just wait for him to die rather than put him on trial, Campbell said, “No matter what the response of the Vatican is, the laity in the United States are demanding that we be given access and control of the solution to this.”

Campbell said that McCarrick should be laicized and stripped of his title as a cardinal, and that “bishops who know that they participated in concealing this information, I believe they should resign. I believe there should be a period of reflection, resignation, and repentance.”

(Over the weekened, Pope Francis accepted McCarrick’s resignation from the College of Cardinals, ordering the disgraced prelate to a confined location “for a life of prayer and penance until the accusations made against him are examined in a regular canonical trial.”)

“Please reflect before you take us through this again, and an even deeper, more worrisome, evil trench I can’t imagine,” Campbell entreated the bishops. “Please reflect. And if you did, and you did nothing, please consider how to serve your flock. Maybe resignation and repentance is the right thing to do to save us from going through this.”

“We are the communal body; We are Jesus’ people,” she added. “Don’t leave the Church. Go to Mass, say Rosaries.”