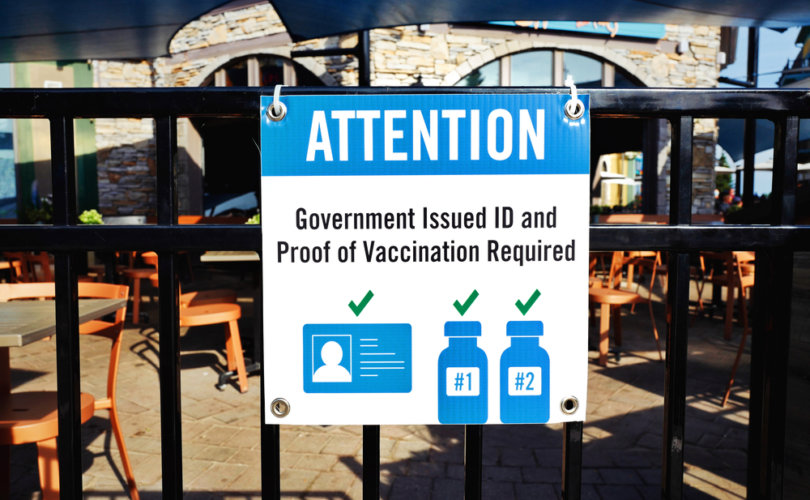 BROOKLYN, New York (LifeSiteNews) — The co-founder of a popular craft brewery in Brooklyn publicly condemned New York City’s COVID-19 vaccine mandate, describing the measure as a kind of “biomedical segregation,” reminiscent of the antecedent stages to Nazi fascism and the Jim Crow south.

Josh Stylman, CEO and co-founder of Threes Brewing, stated his opposition to mandating inoculation against the novel coronavirus in a tweet February 14, saying “[v]accine mandates are a crime against humanity” while suggesting that “[if] you are not speaking out against them, you are a conspirator.”

Vaccine mandates are a crime against humanity.

If you are not speaking out against them, you are a conspirator.

As things stand, a city-wide mandate requires all indoor dining venues to check their patrons’ COVID shot credentials before being allowed to serve them. Stylman lamented the measure as a kind of “discrimination,” explaining that the basis for the requirement is “unscientific, immoral, and evil.”

In an earlier tweet, the brewery owner characterized vaccine passport systems for COVID as defying “any defensible scientific reality,” echoing the “early sentiments expressed in the Jim Crow South, Nazi Germany, Stalinism, Maoism, and other dark times in human history.”

Stylman added that the “origins of totalitarianism typically include segregationist policies such as these, starting with discrimination against a group because the government and/or press suggests those people are dangerous in some way, despite evidence to the contrary.”

Accordingly, during an interview with community blog Patch, Stylman criticized the shot requirement as “illogical and immoral” and a cause of “people becoming fearful and turning on one another.”

Stylman’s pointed comments drew backlash on social media, where Twitter users accused him of spreading “misinformation” and holding a double standard regarding the reception of other vaccines and medical interventions.

The CEO said that he does not oppose COVID inoculation out of hand — sharing that he has in fact taken the jab — but rather that since the shot “doesn’t prevent transmission and does carry side-effect risk, that should be a personal decision each person makes [with] impunity.”

He also quoted the Nuremberg Code, which defends the autonomy of individuals to grant voluntary consent for medical experimentation as “absolutely essential.”

Stylman’s own employees issued a statement, distancing themselves from the company co-founder and asserting the company’s position on COVID requirements as one of complete compliance.

A message from Threes Brewing. pic.twitter.com/ro0LGT1ws0

“Our company policy has always been and will continue to be to comply with all government mandates,” the group wrote.

The company statement asserted that the brewery prioritizes the “social good” when making business decisions. This foundation, according to the statement, formed the basis for the company’s decision to close its venues “voluntarily before we were legally required to do so” while boasting that its staff were among “some of the most aggressive mask and social distance enforcers you could find.”

Giving credence to Stylman’s stance, the abortion-tainted COVID shots have been shown to be ineffective at containing the spread of the virus with data from Canada this month demonstrating around 70 percent of all deaths recorded as involving COVID-19 being in those who have been “fully vaccinated.”

Data out of several countries that have introduced vaccine passes confirm higher COVID rates among vaccinated people, such as the U.K., which last month reported record infections in all age groups over 18 years old. The vaccinated have likewise come to dominate COVID hospitalizations and deaths in the U.K. and other highly vaccinated European nations, as well as parts of the United States.

Leading medical experts have warned of serious injuries linked to the injections. The spike proteins in mRNA COVID vaccines, like those produced by Moderna and Pfizer, are “pathogenic” and “lethal to some,” Texas cardiologist and COVID-19 expert Dr. Peter McCullough lamented last fall.

Meanwhile, the list of FDA-recognized adverse events has ballooned, with the Vaccine Adverse Event Reporting System (VAERS) now showing over 1 million reports of side effects from the jabs, including 23,990 deaths.