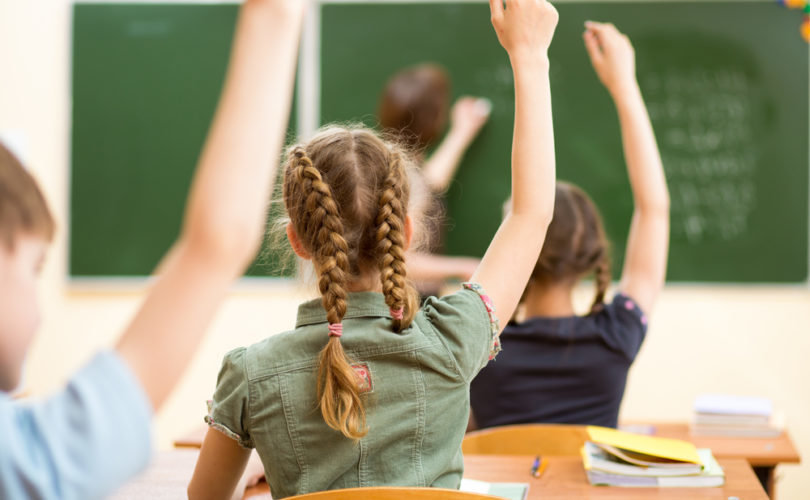 BURLINGTON, Ontario, April 19, 2018 (LifeSiteNews) — A Catholic school board is being taken to court over its policy banning school donations to charities that support abortion, euthanasia and other activities which violate Catholic teaching on the sanctity of life.

David Harvey filed an application Tuesday with the Ontario Superior Court against the Halton Catholic District School Board.

The retired Burlington lawyer is asking the court to either revoke the Sanctity of Life policy or suspend its implementation until the board completes “a meaningful process of community consultation” and adopts “a revised Fundraising Policy.”

The pro-life policy prohibits funds generated by the board’s 53 schools from going to any charity or non-profit that directly or indirectly supports abortion, euthanasia, sterilization, contraception, and embryonic stem cell research.

Harvey, who has one child of three still enrolled with the Halton Catholic board, argues the trustees violated Regulation 612/18 of the Education Act by not consulting school councils before passing the motion in February.

He also asked the Superior Court to consent to hear the case, because waiting for a hearing in the Divisional Court “would likely involve a failure of justice.”

The case is scheduled be heard May 9 in Milton.

LifeSiteNews contacted Halton Catholic board for its response, but had not heard back by deadline.

Harvey’s court action is the latest in a firestorm of bitter protest against the pro-life motion from parents and students who are angry schools can no longer raise funds for such groups as the Canadian Cancer Society, SickKids Hospital, WE Charities, Doctors Without Borders, and United Way.

As a result of the acrimonious controversy, the board agreed in March to seek feedback from stakeholders on the motion. Individuals can submit comments on the policy through the HCDSB website until June 1.

Harvey handed notice of his court action to Education Director Paula Dawson during Tuesday night’s board meeting. In an earlier presentation, he had asked the board to vote to suspend the policy.

“You will choose where this matter is resolved: around the table tonight, or in court,” he said.

However, the trustees voted five to four to refer the matter to a board meeting following the June 1 deadline for feedback from stakeholders.

During a highly emotional address to the board, Harvey described the issue as “deeply personal” for him, and disclosed that his wife, a devout Catholic, is being treated for Stage 4 cancer.

In his written submission, Harvey accused the trustees who voted for the motion of sitting on a “perch of moral superiority” and “insulated from the very real pain and anguish your decision is causing.”

He also referred to a letter from Minister of Education Indira Naidoo-Harris which encouraged the trustees to “pause” implementation of the motion.

Action by the minister “could include her taking over the board,” warned Harvey. “We have reached our limit.”

Halton Catholic students Ben Sabourin and Julia Joseph appeared Tuesday before the board for the third time to oppose the motion.

They rebuked trustees Anthony Danko, Anthony Quinn, Paul Marai, Helena Karabela, and Susan Trites for, among other things, allegedly forming an alliance and voting in a block.

“This has not only inflicted clearly biased decisions but is also completely unfair,” charged Joseph, while for his part Sabourin contended these trustees “destroy democracy” by “voting together on issues.”

Sabourin, who has spearheaded a lobby against the policy, reminded the board that some 23,000 people signed a petition opposing it. He warned trustees that if they did not take action, he and Joseph would “would call upon the Ministry of Education to take control of this board.”

Joel MacLeod, parent of a child in senior kindergarten, also objected to the policy, as did a group representing the parent councils of Christ the King high school and St. Brigid elementary school.

The latter delegation blasted the trustees for allegedly violating the Trustee Code of Conduct, and creating “a polarizing issue for those that seek to end publicly funded Catholic education.”

Trustees don’t “hold superior knowledge of Catholic teachings,” they charged, and “need to accept direction from their constituents even if it is contrary to personal opinion.”

But Catholic trustees have a fiduciary duty to “maintain the Catholicity of Catholic schools,” says Geoff Cauchi, a lawyer and Halton Catholic elector.

That duty “flows from a constitutional right” and is superior to the “so-called regulatory right of the school council to be consulted.”

As for Harvey’s court action, if he is not a Catholic elector, he won’t have standing to challenge the motion, Cauchi said.

After the motion passed, board administration asked the 100 charities Halton Catholic schools have donated to in the past to affirm they comply with the pro-life policy.

That reduced the number of approved charities to about 30. The United Way Halton & Hamilton and WE Charities initially signed the compliance form, but then asked to be taken off the list.