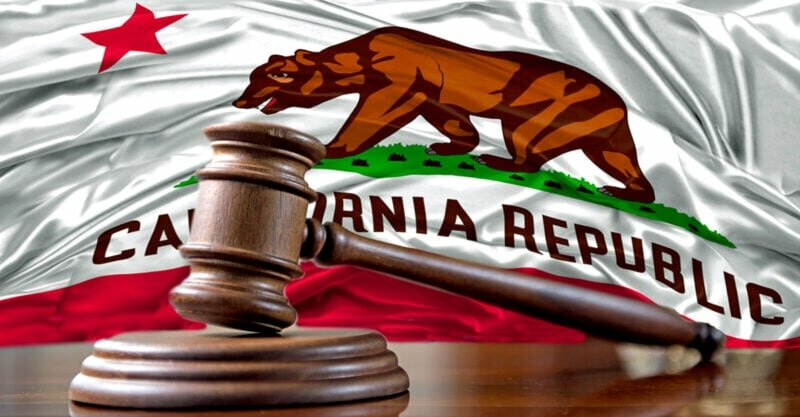 The decision by California’s 4th District Court of Appeal upheld a December 2021 decision by a lower state court, which found school districts cannot impose vaccine mandates of their own — on top of the vaccines required by the state — as a precondition for classroom attendance.

The lawsuit was filed in October 2021 by the Let Them Choose initiative of Let Them Breathe, a California-based nonprofit advocacy group, challenging SDUSD’s mandate.

According to Let Them Choose, this was the first COVID-19 vaccine mandate in the U.S. to be struck down in a final ruling, and the new decision upholding the original court ruling “sets precedent for all California school districts.”

It is great news that the California appellate court affirmed that vaccine mandates under California law must come from the state, not the school district.

This is especially welcome news as the injection in question, the COVID-19 shot, is neither safe nor effective, nor even a vaccine in any normal sense as it fails to prevent infection and transmission. Kudos to ICAN [Informed Consent Action Network] and its lawyers for a critical win.

According to the case history accompanying the court’s December 2021 ruling, a similar lawsuit was filed by the parent of a 16-year-old student in the SDUSD. The two lawsuits were then consolidated into a single case.

Attorneys for ICAN, an Austin-based advocacy group active in challenging various COVID-19-related mandates across the U.S. and pressing for the release of government data related to COVID-19 vaccine injuries, represented the parent who sued the SDUSD.

SDUSD was “one of a few districts in California” to set its own COVID-19 vaccine requirement for students. It would have applied to students 16 and over, for in-person classroom attendance and participation in extracurricular activities.

While medical exemptions were permitted, exemptions for religious and personal reasons were not, in line with stipulations set forth in California Senate Bill 277 (SB 277).

The mandate, which was scheduled to take effect in September 2021, would have placed unvaccinated students in “involuntary independent study” as of Jan. 24, 2022.

SDUSD’s vaccine mandate was never fully enforced, precisely because of the legal challenge filed almost immediately by Let Them Choose, according to the San Diego Union-Tribune.

In May 2022, the SDUSD paused the mandate until at least July 2023, although the reasons cited for this pause included “the vaccines’ lower effectiveness against the virus’ Omicron variant and amid delays in full federal approval of the vaccine for children under 16 years old,” the San Diego Union-Tribune reported.

The 4th District Court’s 19-page decision rejected multiple arguments by the SDUSD, including the school district’s claim that its mandate was aligned with its responsibility to keep students healthy and safe and that school districts can develop policies to “meet local needs.”

According to the ruling, the SDUSD mandate “unlawfully seeks to usurp [the] authority” of the California state legislature in enacting vaccine requirements for school children in the state.

According to the decision:

The issue here is whether a school district may require students to be vaccinated for COVID-19 as a condition for both (1) attending in-person class, and (2) participating in extracurricular activities. The superior court determined there was a ‘statewide standard for school vaccination,’ leaving ‘no room for each of the over 1,000 individual school districts to impose a patchwork of additional vaccine mandates.’

On independent review, we reach the same conclusion and affirm the judgment. … In sum … we reject the District’s primary contention that the Legislature left the door open for local school districts to require student vaccination for COVID-19 as a condition to attending in-person class.

The judge presiding over the original district court case regarding this lawsuit stated:

SDUSD also claimed its vaccine mandate was not really a mandate, because it allowed unvaccinated students to continue their classes via at-home “independent study.” But the court rejected this argument, calling it “a step backwards”:

Finally, the District makes the strained argument that the Roadmap does not actually mandate students be vaccinated for COVID-19. Rather, it gives them the choice to either do so or be enrolled in independent study. … We doubt that students and their parents perceive a real choice. For some, independent study would likely be a step backwards…

In any event, the District’s free choice argument is belied by Regulation 6025. It gives the school no choice but to ‘admit or allow continued attendance’ to any pupil whose parent or guardian has provided documentation of the 10 required immunizations and/or medical or applicable personal belief exemptions.

The decision went on to equate “attendance” with “in-classroom learning,” stating:

The plain meaning of ‘attendance’ in this context is in-classroom learning.

To the extent the Roadmap requires a student who is fully vaccinated within the meaning of Regulation 6025 to choose between a mandated COVID-19 vaccination and involuntary independent study, it is a choice the Legislature does not permit the District to compel.

Holland, in analyzing this aspect of the court’s decision, told The Defender, “The plain meaning of ‘attendance’ in this context is in-classroom learning.”

Ray Flores, senior counsel for CHD who analyzed the ruling, told The Defender:

This case is a victory over rogue districts attempting to impose their own vaccine schedule. The court ruled, ‘If the District desired to condition school attendance on COVID-19 vaccination, it should have urged DPH [Department of Public Health] to follow the existing statutory procedure under section 120335, subdivision (b)(11) for adding new immunizations.

Ironically, SB 277, which has been the bane of California parents’ existence, actually protected them in this case since the court took Judicial Notice of the Senate Judiciary Committee’s analysis of Senate Bill No. 277, which required a ‘statewide standard’ from which there could be no deviation. As the appellate court opined, ‘In a nutshell, local variations must give way to a uniform state standard.’

Lawyers for Let Them Breathe and Let Them Choose also remarked on the decision. Attorney Lee Andelin stated:

Today the California Court of Appeal affirmed the Superior Court’s judgment in Let Them Breathe’s lawsuit against San Diego Unified holding that school districts do not have authority to impose their own vaccination requirements on top of the standard series.

This is a great win for children and the rule of law and ensures consistency statewide. The published opinion applies to all California school districts and sets important precedent to protect access to education.

This ruling affirms the sound judgment issued in January 2022 by Superior Court Judge John Meyer, which prevented San Diego Unified from implementing an illegal COVID vaccination mandate that would have locked thousands of San Diego students out of its classrooms.

A new precedent — but only for California

As part of his legal analysis, Flores told The Defender the 4th District Court’s decision “is encouraging” and sets a “binding precedent” for the State of California — but not for other states.

Holland explained why the decision is not binding outside of California:

Under the doctrine of stare decisis — to stand by things (previously) decided — higher courts only have binding authority over lower courts within their particular state or circuit. Courts of appeals and state courts do not bind courts outside the state or circuit. The only exception is the U.S. Supreme Court.

Children’s Health Defense is readying itself for the time when state legislatures will be considering adding COVID-19 vaccines to their state schedules. This will be the [emphasis original] call to action and mobilization in those states.

Flores also noted that the appeals court “did not buy” the argument put forth by the SDUSD that a “choice between two options, even if both are not preferred, is still a choice,” in reference to the “choice” provided by the school district to continue attending classes via at-home “independent study.”

In a statement provided to the San Diego Union-Tribune, SDUSD spokesperson Mike Murad said the district “will consider its next steps” following the ruling.

A separate lawsuit against the City of San Diego over its vaccine requirement for municipal employees is still pending.