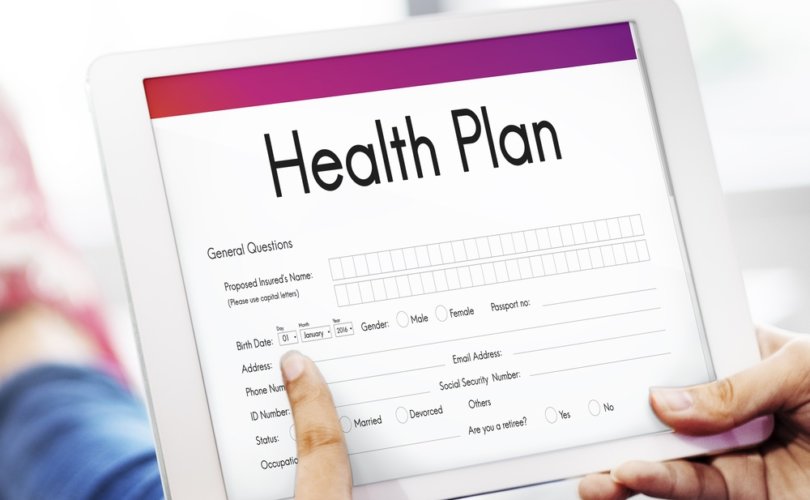 ATLANTA (LifeSiteNews) — A Republican-led mental health bill in Georgia is drawing fire from conservatives who argue the measure could extend government control, put children’s mental health in the hands of the state, and align mental health diagnoses with the World Health Organization (WHO).

Critics also worry the bill could keep pedophiles out of jail, allow police officers to detain people they suspect of having mental health problems, and even threaten second amendment rights.

HB 1013, called the Mental Health Parity Act, was introduced by Republican Georgia House Speaker David Ralston and garnered vast bipartisan support in the House, where it was passed by an overwhelming margin earlier this month.

The bill has drawn increased scrutiny in the Senate, however, with opponents arguing the proposal is far too broad.

Proponents of the bill have rejected criticisms, stating the proposal would enforce a federal “parity” law and arguing the bill is necessary to support the mental health of Georgia residents.

Democratic state Rep. Mary Margaret Oliver, one of the bill’s lead sponsors, said, “There are some things being said [about the bill] that are simply not accurate, bordering on ridiculous.”

Supporters of a sweeping mental health bill are defending the proposal after it was met with spirited opposition in the Senate this week: https://t.co/W2KOT06bZ7 #gapol

Designed to require insurance companies to treat mental healthcare just like physical healthcare, the lengthy legislative proposal would “establish state grants for outpatient treatment, loosen the guidance on when law enforcement can involuntarily commit someone in need of help and take other steps to improve care,” The Atlanta Journal-Constitution reported.

HB 1013 would also “provide for initiatives and a task force to assist local communities in keeping people with serious mental illness out of county and municipal jails and detention facilities,” a provision which critics worry could put dangerous criminals diagnosed with mental health disorders, including pedophiles, in hospitals or back out on the streets.

Both the DSM-5 and the ICD categorize pedophilia as a mental health disorder.

Critics have also expressed concerns that HB 1013, which would apply to “infants, children, adolescents, and adults,” could outsource mental healthcare from families to “experts.”

“It’s a government takeover of our mental health,” said Rhonda Thomas, president of Truth in Education, during a Senate Committee Hearing for the bill March 14.

“This is creating the framework for Whole Child Whole Community that has been in the works for quite a long time,” Thomas said. “You can find it on the CDC, the DOE, on every DOE’s website, including globally. You can find that in China. So this is a global agenda. But we’re really concerned about Georgia.”

“This bill aligns with the Whole Child Whole Community because it’s about moving the family out and bringing in every organization possible to surround that child to meet their whole needs. Their psychological needs, their health needs, their nutritional needs, any need that is,” Thomas said. “Who specifies what those needs are?”

“We need to decide who’s in control of our children,” she added.

Conversely, Ayo Afejuku, M.D., founder of the Black Rose Foundation and a proponent of the bill, suggested that senators add a provision which would extend universal mental health screenings to begin at birth for all children, not just those who present with behavioral concerns, in alignment with the American Academy of Pediatrics (AAP).

Another provision of the bill that’s caused concern is one regarding “emergency examinations” for people determined to be mentally ill.

Under HB 1013, law enforcement officers and others are allowed to involuntarily detain individuals for an “emergency examination” if they believe they are suffering from mental health issues, even if they haven’t committed a crime.

“The police officer should not have to make that subjective determination,” said Huff Croxton, a Georgia probate attorney. “If a crime is being committed, fine. But don’t just say, ‘Hey, I think you’re crazy. I’m going to take you in.’ One person’s crazy is another person’s conspiracy theory. So that’s too broad of a standard.”

The bill would also establish a database to target services for those deemed mentally ill, a provision the Jackson Progress-Argus reported “raised concerns” by those who argue the records “could invade patients’ privacy and subject them to the stigma associated with mental illness.”

Opponents of HB 1013 also worry the bill could include transgender surgeries and treatments under the mental health umbrella, forcing taxpayers to cover the costs of mutilating surgeries. However, while the ACLU has argued for such surgeries to be covered under Georgia Medicaid in the past, the text of Georgia’s mental health law does not name gender-related surgical or hormonal treatments in its provisions.

RELATED: Dept. of Veterans Affairs to pay for, perform transgender surgeries in their hospitals

Meanwhile, those concerned with second-amendment rights have also expressed concern that broad mental health diagnosis categories included in HB 1013 could grow into “red flag” laws leading to the seizure of firearms from individuals deemed “mentally ill.”

Red flag laws allow family members, guardians, police officers, mental health professionals, and others to petition for the temporary removal of firearms from a person considered to be a danger to themselves or others.

Jeff Breedlove, chief of communications and policy for the Georgia Council on Substance Abuse, urged state senators to strip out some of the controversial provisions of the bill, including references to the WHO, but to nonetheless commit to passing the substance of the law.

“There’s a lot of emotions around this bill. It is a transformational bill. This is a legacy vote. This bill will save lives,” Breedlove said.  “Is it a perfect bill? Absolutely not. Is this process the way it should be? Absolutely. So those jeers and cheers are democracy at work.”

House Speaker Ralston’s office did not immediately respond to LifeSite’s request for comment.