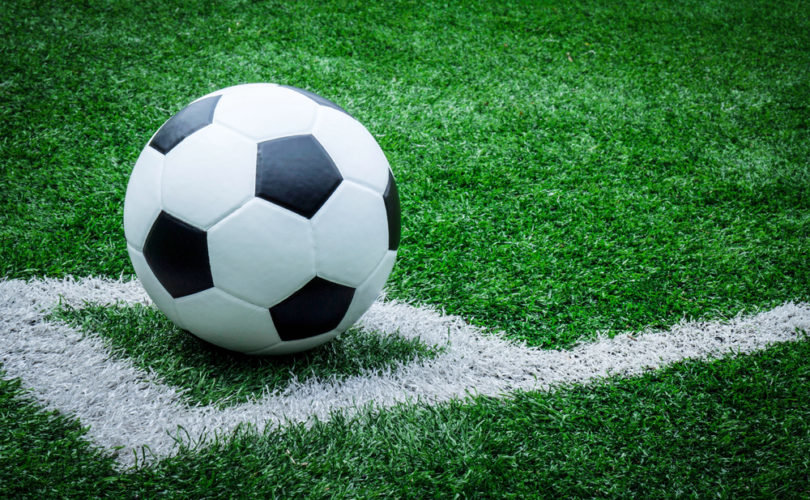 PAGO PAGO, American Samoa — With the 2014 World Cup now in full swing, billions of eyes are on the soccer field, and will be until the final game July 13.

Two of those eyes belong to Johnny Saelua, 25, a full-time male-to-female cross-dresser who now goes by the name Jaiyah and has played for the American Samoa men’s team since the age of 14.

“I didn't know the significance it had on the world because in Polynesian culture it's not that big of an issue.”

In most of the world, Saelua would be considered “transgender.” He began dressing as a female in his teen years – a practice Samoans call “fa'afafine,” meaning “in the manner of [a] woman.” Polynesian culture largely treats the “fa’afafine” as a third sex – neither fully male nor fully female.  Because sex change procedures are not generally available in American Samoa, practitioners usually retain their male physiology while assuming the societal role of a female.

Saeula says he never thought much of his effeminate dress and behavior until he began playing international soccer.  Because he is biologically male, he always played on men’s teams, and quickly gained a reputation for his hard tackles and rough play. He was surprised to learn in 2011 that he was the first full-time transvestite to play soccer for an international team.

“I didn't know the significance it had on the world because in Polynesian culture it's not that big of an issue,” Saeula told the AFP.  “I assumed that a lot more trans-people in the Pacific region were playing international football. I haven't met any in my career but I was so sure that there has been [some] before me.”

Although Saeula’s Samoan teammates were generally accepting of his effeminate looks and behavior, he encountered resistance when he tried out for the men’s soccer team at the University of Hawaii, where he is studying dance.

“At the warm-up for the try-outs the coach pulled me aside and said that he didn't want to put his team in an uncomfortable position,” Saeula told the AFP, “and I knew that was my cue to leave. So I only spent 10 minutes during the warm-up and I didn't even get to show how good a player I was.”  Afterwards, he told Vice News, “I cried my eyes out.”

Since he wasn’t going to be able to play soccer for the men’s team, and he was in Hawaii, where sex-change procedures are readily available, he decided to begin “transitioning” in preparation for sex-change surgery.  In 2011, the 6’1” defender began taking female hormones to make himself look and sound more feminine.

But the next time he went home for break, he was offered his old spot on the international tournament team.  The team had a new coach, and for the first time, a slim hope of qualifying for the World Cup.  Saeula dialed back the dosage on his hormones and postponed his transition. “I didn’t want to be too soft on the field, or play at my lowest potential,” he told Vice News.

The 2011 team did not make the World Cup, but they did win their first game in 30 years – a prequalifying match against Tonga.  The win was so exciting that Saeula decided to put off his sex-change surgery and keep playing for another four years.

This year, American Samoa won’t be playing in the World Cup, and Saeula has decided to retire from soccer after 2015 and pursue the sex-change operation after all.  He said that while “there are no rules” forbidding transsexuals from playing on international soccer teams, he is concerned that the surgery, which typically includes total genital reconstruction and breast implants, would make tough tackles “risky for me.”  He also said he needs testosterone to play to his full ability.

The question of how to handle self-identified “transgender” athletes has become an issue in the United States and other jurisdictions.

California has passed a law allowing public school athletes to play for whatever team matches their self-perceived gender, without regard for biological sex.  If Saeula was growing up there today, he would be eligible to play on a female team whether he handicapped himself with hormones and surgery or not – meaning the 6’1”, tough-tackling male powerhouse could have played high school and college matches against teenage girls – and shared a locker room with them.

NCAA rules allow transsexual college athletes to play on the opposite sex’s team regardless of surgical status.  The only stipulations are that men have to have undergone at least one year of hormone suppression therapy before playing on a women’s team, and women who take testosterone are barred from competing on female teams.  In 2012, Chelsea Philbrook, who now goes by Chase, became the first college athlete to play on both the female and the male soccer teams at the University of Maine after she began taking testosterone and had to make the switch.

The U.S. Soccer Federation, which governs many state youth soccer organizations, passed blanket rules in 2012 permitting “self-determination” for transgender athletes.  All one needs is a state-issued ID or a doctor’s note declaring one’s preferred sex.

“We don't discriminate,” Robert Contiguglia, who chaired the committee that wrote the policy, told Between the Lines News. “We accept who you say you are, so long as you follow the rules. It's a self-determination policy.”

Transgender male sues for $2.5 million and the right to compete against women at CrossFit Games