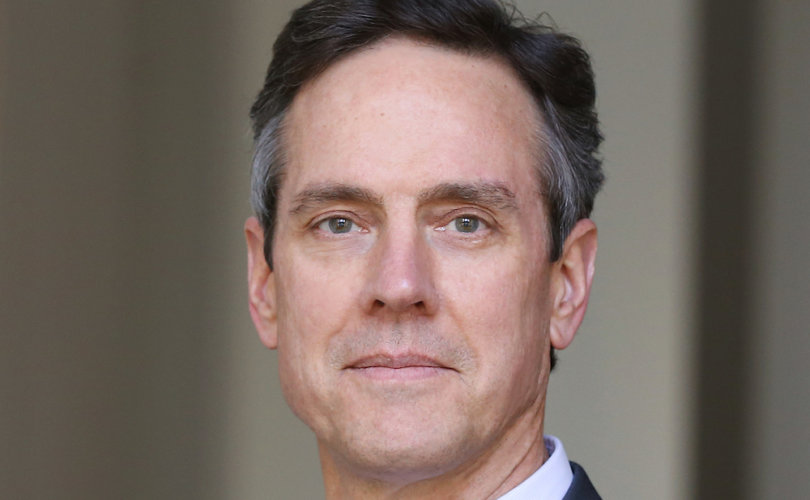 WASHINGTON, D.C., September 19, 2016 (LifeSiteNews) – Catholic Relief Services (CRS) announced the replacement of its president and CEO after just five years in what appears to be a sudden development for the U.S. Bishops’ international relief agency.

Carolyn Woo will be succeeded in January by CRS Chief Operating Officer Sean Callahan, according to a CRS statement that also revealed the end of a “comprehensive six-month search process.”

Archbishop Paul Coakley of Oklahoma City, the CRS chairman, thanked Woo for “helping CRS thrive in some difficult and turbulent times” in an email to supporters. Without previous mention of specific terms for CRS executives, the archbishop also said  Woo had “clearly stated her intention to serve one five-year term.”

Woo, who served on the CRS Board of Directors from 2004 until 2010 and was just the seventh chief executive of CRS since its 1943 founding, took the helm of the contentious charitable organization in January 2012, succeeding Ken Hackett, who retired after heading CRS for 18 years.

The circumstances surrounding the CRS announcement are puzzling, says an advocate of Catholic principles in the Church’s charitable work.

“It's strange that CRS would announce the end of Carolyn Woo's five-year term, considering CRS had never had any term limits for presidents before,” Lepanto Institute President Michael Hichborn told LifeSiteNews. “Woo's predecessor, Ken Hackett, was there much longer than five years, and when Woo was announced as the new president in 2011, there was no mention of a limit to the time she would serve.”

While issues with CRS’ Catholic identity began before Woo’s five-year tenure, criticism of CRS continued because of its partnerships and agreements with groups and initiatives contravening Catholic Church teaching in the areas of contraception, abortifacients, abortion, sex education, and homosexuality.

In the past year, a CRS executive resigned after he was found to be in a homosexual “marriage” and advocating publicly for homosexuality while Woo questioned as the scandal unfolded whether it was a violation of Church teaching.

Earlier this summer, two CRS employees were found to be advocating for homosexual “marriage” on social media, followed by discovery of a number of CRS employees expressing public support for Planned Parenthood in response to revelations the abortion chain had been trafficking in human remains.

CRS has generally denied claims about its funds benefiting anti-Catholic initiatives and points to its employee training on Church teaching, though it has conceded that it partners with organizations and agreements that violate Catholic Church teaching, insisting it is necessary to accomplish its mission.

Woo, along with Archbishop Coakley, had offered assurances to the Bishops at their 2014 Fall General Assembly that CRS defines itself by it Catholic identity, specifically citing creation of a Catholic identity advisory committee, though critics were and remain skeptical.

Those guarantees came one year after then-CRS chair Bishop Gerald Kicanas told the Bishops’ November 2013 gathering that the reality of relief work partnerships is “sad” and “disappointing,” but nevertheless it was important that in order for CRS to do humanitarian work around the world, it “partner with organizations that sometimes are not in keeping with our teaching.”

“In order to do humanitarian work, it’s necessary to work with other major international organizations,” Bishop Kicanas stated. “Sadly, most of those organizations do not hold or carry out the teachings of the Church as we understand them.”

“It's very sudden,” he said, commenting that the concerning reports on CRS had continued throughout the summer and another report was forthcoming. “I don't know that these things are connected, but the timing strikes me as strange nonetheless.”

Callahan has been with CRS for 28 years, the last four as COO and eight previous years as executive vice president for its Overseas Operations. The announcement of his assuming leadership did little to offer Hichborn hope for improvement in the culture or direction of the organization.

“I remember meeting with Sean Callahan in 2012 to discuss some of my grave concerns about CRS,” Hichborn recalled. “When I expressed concern that CRS seems to divorce its charitable work from the Church's primary mission of evangelization, his glib response was to say that they don't want to ‘bribe the poor.’”