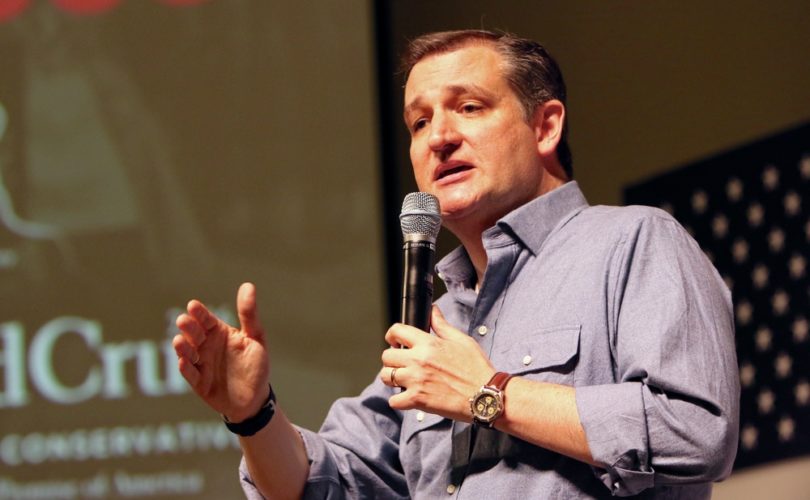 WASHINGTON, D.C., February 9, 2016 (LifeSiteNews) – Texas Sen. Ted Cruz, R-TX, says Catholics concerned about his support for contraception should have no question about his pro-life principles.

“I am unequivocally pro-life,” Cruz told EWTN's Raymond Arroyo. “I think every life is a precious gift from God that needs to be protected from the moment of conception until the moment of natural death.”

Arroyo had asked Cruz about comments he made in support of contraception in Iowa in December, where he told an audience that he and his wife “have two little girls. I’m very glad we don’t have 17.” Arroyo says he received e-mails from viewers concerned about Cruz's pro-life principles.

Cruz tied the fight for life to the hearing in March for the Little Sisters of the Poor. The nuns are challenging the Obama administration's abortifacient and contraceptive mandate, whose creation nearly four years ago unofficially began the media and abortion industry-driven “War on Women” narrative.

“I recognize that many faithful Catholics, for religious reasons, don't use birth control,” said Cruz. “That is obviously their right, to follow the teachings of their faith. I'm a Southern Baptist, that is not the teaching of my faith, but I respect those observant Catholics who follow that teaching — but nobody is suggesting banning birth control.”

“That is wrong. That will end if I'm elected president.”

Ted Cruz: Obama will leave open seat at SOTU for gun victims? I’d do that for aborted babies