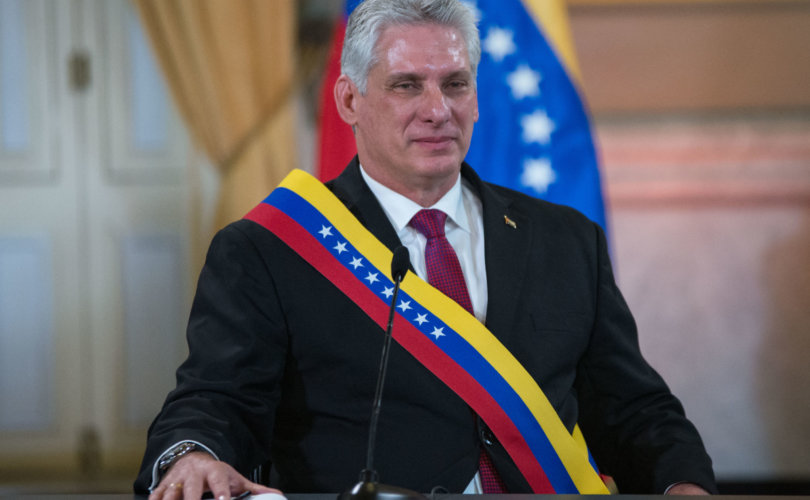 The measure passed in what the Associated Press described as an “unusual referendum” for the communist country, which usually sees 90 percent victory margins in elections. According to country’s Electoral Council, the proposed changes received 66.9 percent approval and 33.1 percent rejection with 74 percent of the 8.4 million eligible voters participating.

It is of course difficult to know how accurate these figures are when reported by a country with a history of political oppression. The U.S. State Department said in its 2021 human rights report that Cuban elections are “neither free nor fair,” citing government control over candidates and limited political expression.

Monday’s announcement came after years of struggle over the reforms and opposition from social conservatives. Legislators reportedly abandoned a same-sex “marriage” legalization effort in 2018 but it was eventually approved by Cuba’s parliament.

President Miguel Díaz-Canel, who advocated for the law, tweeted on Monday that “Love is now the law.” The measure also found support from Mariela Castro Espin, daughter of former President Raul Castro, who leads the Cuban National Center for Sex Education.

In 2019, the communist country removed language from their Constitution limiting marriage to a union between a man and a woman.

Meanwhile, the Catholic Church in Cuba criticized various elements of the bill, arguing that “it is a child’s right to have a father and a mother.” According to the Miami Herald, nearly two million people voted against the measure with a total of 5,892,705 valid ballots cast.

A statement from Cuban bishops outlines several aspects they favored but cautioned against others.

“We also welcome the recognition of the provisions of the Convention on the Rights of the Child and that, in various areas, the obligation to provide food and care for those left in unfavorable situations and during pregnancy is explicitly stated. This, however, cannot ignore the questioning, criticism, and rejection of an important sector of our society, which are based on legitimate principles, values, the human and biological sciences, our history.”

The statement adds that “[m]arriage between a man and a woman, which is the natural basis of the family, cannot be displaced or deformed to make way for other legally constructed ways. The original plan of the Creator is this: ‘So God created man in his own image; in the image of God he created him: male and female he created them.’”

Cuba’s referendum came amid a broader push by international entities to take more liberal stances on marriage and family issues. Same-sex “marriage” isn’t recognized in the majority of Latin American countries but several have legalized the practice since Argentina became the first to do so in 2010. Brazil, Mexico, Colombia, Bermuda, Chile, Costa Rica, and Ecuador all approved the practice in some way during the intervening years.

According to the left-wing Human Rights Campaign, same-sex “marriage” is legal in 32 countries. However, that list appears to not include Cuba, meaning the tally is at least 33.