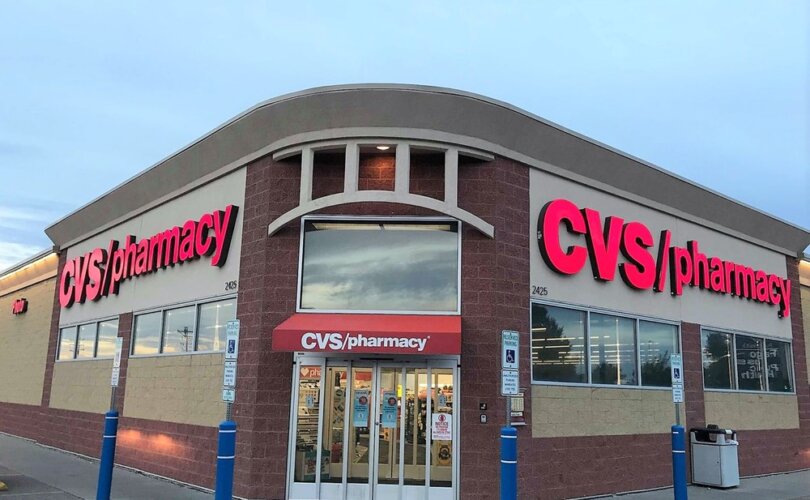 On Tuesday, the FDA updated its website to reflect new guidelines on abortion pill access, which now allows retail pharmacies to carry mifepristone which, used alongside misoprostol, causes the deaths of unborn babies at early stages of development. Pharmacies can become certified to distribute the drug by completing an agreement form, as previously reported by LifeSiteNews.

Shortly after, CVS and Walgreens, announced that their companies would be going through the process of certification in the hopes of being approved to dispense mifepristone. Both companies, which are the nation’s largest retail pharmacies, will need to complete a “Pharmacy Agreement Form” before they are legally allowed to carry the drug.

Should CVS and Walgreens obtain the certification, Americans shopping for candy bars, toilet paper, or Tylenol at these familiar stores could soon be purchasing everyday items and medicines alongside pregnant women collecting pills prescribed to end the lives of their unborn children.

CVS and Walgreens have locations in all 50 states as well as the nation’s capital, with each business owning nearly a million drug stores across the country. CVS has a page on its website with information about mifepristone. Walgreens’ site does not yet show any information on the drug.

Although women will still need a prescription to access the abortion pill, the updated guidelines allow for them to avoid picking up the drug at a doctor’s office.

Furthermore, the relaxed regulations allow doctors to prescribe the abortion pill to women via telemedicine without ruling out ectopic pregnancy, determining how many weeks pregnant they are (the abortion pill is only FDA-approved to kill unborn babies 10 weeks or younger) or even medically verifying that they are pregnant at all.

Pro-life leaders emphasized that in addition to killing unborn babies, these pills are also dangerous to the women taking them.

Students for Life of America (SFLA), which had circulated a petition to “restore health and safety standards to chemical abortion pill regulations,” declared that the FDA is deliberately ignoring the health risks for women who take mifepristone. The petition was rejected this week.

“The FDA doesn’t seem to care who dies after taking chemical abortion pills, as long as a baby’s life is also ended,” SFLA president Kristan Hawkins said in a January 6 press release. “Even as the death count of women taking chemical abortion pills has gone up along with the distribution of these deadly drugs, they claim there is nothing new to consider. This reckless abuse of power makes it easier for abortion vendors to profit by ignoring the needs of women.”

Spokespeople from both CVS and Walgreens told the New York Times that if approved to dispense the drug, mifepristone will only be distributed in compliance with state and federal laws.

Since the overturning of Roe v. Wade, a number of states have effectively banned abortion on demand throughout pregnancy. These states – whose laws would prevent CVS and Walgreens from distributing mifepristone within their borders – include Wisconsin, Texas, and Tennessee.

MAP: Most abortions are banned in 13 states, more states to follow

4,000 babies in the US have been saved by abortion pill reversal since 2012: report