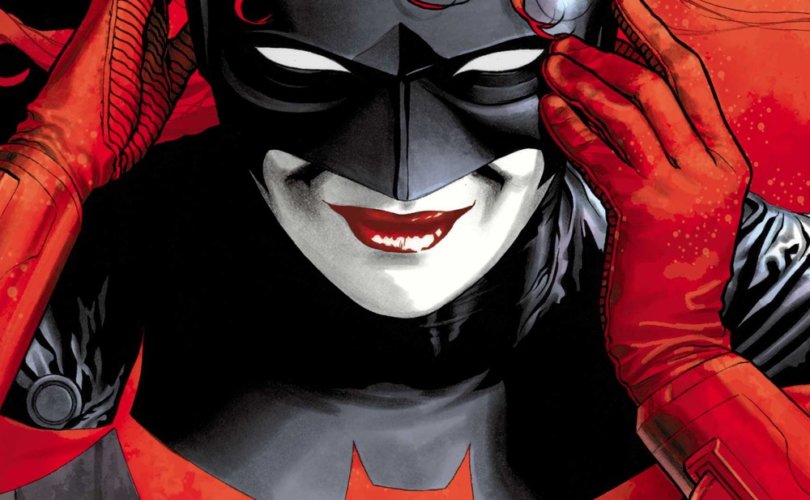 July 19, 2018 (LifeSiteNews) — The CW’s popular lineup of DC Comics superhero shows is getting a new addition that’s all but certain to be the most “social justice”-heavy yet.

The superheroine Batwoman (not to be confused with the more well-known Batgirl) is set to be the focus of the new live-action series, the Hollywood Reporter reveals, following her debut in a crossover event for the next seasons of Arrow, The Flash, and Supergirl. Moreover, the project will lean heavily into one of the defining aspects of the character’s modern incarnation: her sexuality.

“[A]rmed with a passion for social justice and flair for speaking her mind,” Kate Kane “soars onto the streets of Gotham as Batwoman, an out lesbian and highly trained street fighter primed to snuff out the failing city's criminal resurgence,” the show’s summary reads. It will be executive produced by Greg Berlanti, the openly-gay overseer of the CW’s current DC shows, and scripted by Caroline Dries of The Vampire Diaries fame.

ComicBook.com adds that the production is “seeking an openly gay, 25 to 29-year-old actress of any ethnicity to play the part,” and reveals casting details indicating that heavy political and cultural messaging is planned.

“She once aspired to have a successful military career, but those dreams sadly came to an end as she was kicked out of West Point once she came out of the closet,” it reads. “Kate is someone who must also fight the complications of living a double life, both as a citizen and hero of Gotham. While she has her shield up when fighting criminals, she lets herself be vulnerable when dating women.”

Ironically, Entertainment Weekly notes that Batwoman was originally created in 1956 as a potential love interest to “foil the accusations leveled by Seduction of the Innocent author Fredric Wertham that Batman and Robin were thinly-disguised gay propaganda.” DC Comics gave the character a complete overhaul when reintroducing her in 2006, including to her sexual attraction.

The CW/DC shows, colloquially known as the “Arrowverse,” have made a concerted effort to include at least one openly homosexual character in the main or recurring cast of each series. The shows have occasionally dabbled in politics, such as an Arrow episode devoted to gun control and a story in which the time-traveling Legends of Tomorrow crew rescues and idolizes a young Barack Obama.

Supergirl has been the most overtly and frequently politicized, promoting left-wing messages about feminism, homosexuality, the police, global warming, illegal immigration, and more, as well as thinly-veiled insults toward President Donald Trump. It is currently seeking a transgender actress for a role in its upcoming season.

The persistent LGBT presence on TV is a stark contrast to their relative absence from big-budget movies, which the LGBT lobby has panned for deleting brief scenes indicating characters’ sexuality. The pro-homosexual group GLAAD’s own research suggests that Americans’ increasing acceptance of LGBT individuals is starting to reverse, and comic book retailers have excoriated DC’s competitor Marvel for their “social justice” emphasis alienating customers.