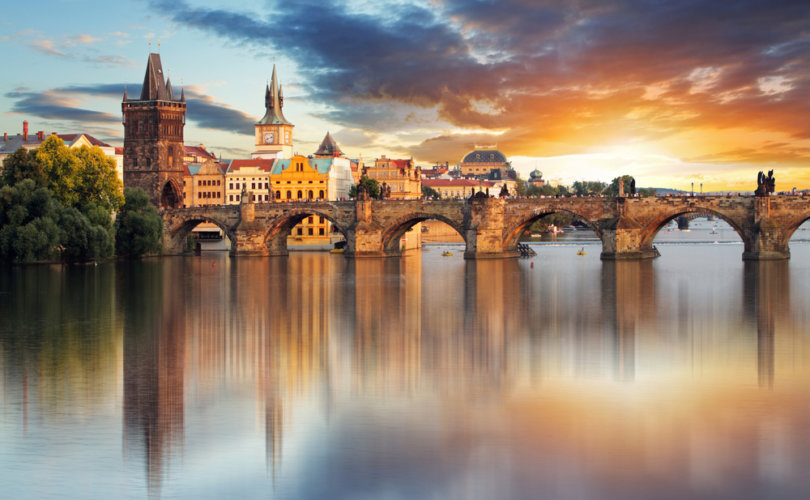 PRAGUE (LifeSiteNews) — Thousands of people took to the streets of Prague on Sunday to protests COVID restrictions.

The protesters waved flags and chanted slogans to denounce COVID restrictions, in particular the fact that unvaccinated citizens are still not able to access certain venues.

The Czech government recently announced it would not go ahead with plans for mandatory vaccination of healthcare workers and some other professions, though vaccine passport requirements still apply to some venues such as restaurants, museums, and nightclubs.

“The state should listen to the people’s demands. The arrangements and restrictions lead us on the road to hell,” a protester shouted.

Back in December, the previous Czech government had decided to make vaccination against COVID-19 mandatory for healthcare workers, police, firefighters, as well as everyone aged over 60.

These plans were scrapped by the new government, a center-right coalition led by Prime Minister Petr Fiala.

On January 19, Fiala announced that his government would not impose mandatory vaccination on anyone: “We agreed on the fact that no one would be obliged to get vaccinated.”

The newly elected prime minister argued that his government didn’t want to “divide society even more.”

“Though vaccination is the most efficient weapon against severe forms of COVID, we will not coerce anyone,” tweeted Valek.

The new government has also shortened quarantine and isolation times.

Yet, despite the easing of some of the harshest COVID restrictions, Czech citizens still demanded more freedom on Sunday, opposing in particular the vaccine passport requirements still in place in restaurants and other venues.

The country of some 10.7 million logged 1,989 COVID hospitalizations as of Saturday, well below the 7,000 that were logged during the previous peak in November and December.

Meanwhile, the number of cases from the milder omicron variant continues to rise with 54,689 new cases reported on Wednesday last week.