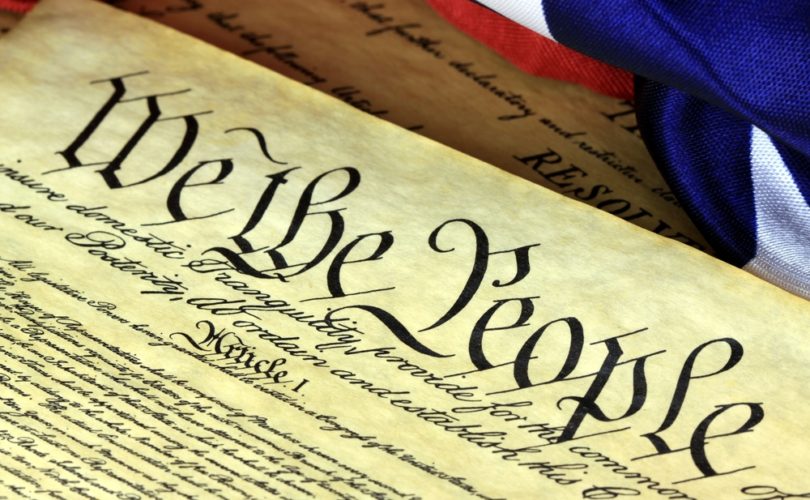 Yesterday’s vote by the Council of the District of Columbia to approve a bill banning even religious organizations from discriminating against employees for their “reproductive health” practices—including abortion—likely violates the Constitution and federal law, warned the D.C. mayor and attorney general weeks before the final vote.

The Council’s disregard for Mayor Vincent Gray’s “significant legal concerns” increases the possibility that he may veto the legislation, which also may be halted by Congress if it can get President Obama’s signature on the repeal.

“Today’s approval of this draconian bill confirms the D.C. Council’s intentional persecution of religious educators and other employers in our nation’s capital, after being given ample opportunity to protect religious freedom,” said Patrick J. Reilly, president of The Cardinal Newman Society. “The D.C. Council has made it clear that nothing, not Congress or even the U.S. Constitution, will stand in the way of its agenda to promote the destruction of innocent human life and risk the additional shutdown of religious services in the District.”

The Reproductive Health Non-Discrimination Act approved Wednesday with only a minor technical amendment expands nondiscrimination language in the D.C. Human Rights Act to protect an employee’s “reproductive health decisions,” which a committee report explained includes “termination of a pregnancy.” It makes no exception for religious schools, colleges and other organizations.

Should it become law, the bill would prevent Catholic and other religious employers from disciplining employees when they publicly disclose having an abortion, using abortion drugs or contraceptives, undergoing sterilization or in vitro fertilization, or having sex or getting pregnant outside of marriage. Standard teacher contracts at Catholic schools require teachers to display moral behavior to avoid scandalizing children.

And although the Council’s judiciary committee has said the bill “is not about insurance coverage,” both proponents and opponents of the bill have testified that it may force employers to cover abortion and the other protected practices in employee health plans. California officials recently determined that its nondiscrimination laws effectively make coverage for elective abortion mandatory in state-approved insurance plans.

In a December 2 letter urging the D.C. Council to resolve “significant legal concerns expressed by the Office of Attorney General,” Mayor Gray wrote that “the bill raises serious concerns under the Constitution and under the Religious Freedom Restoration Act of 1993 (RFRA).”

Religious organizations, religiously-affiliated organizations, religiously-driven for-profit entities, and political organizations may have strong First Amendment and RFRA grounds for challenging the law’s applicability to them. Moreover, to the extent that some of the bill’s language protects only one sex’s reproductive health decisions, that language may run afoul of the Fifth Amendment’s equal protection guarantee. If the Council wishes to adopt this Bill or similar legislation, it should clarify the Human Rights Act’s existing exemption for religious and political organizations to ensure that the exemption protects the religious and political liberty interests that the First Amendment and RFRA are designed to secure.

And although not stated by Mayor Gray, the bill also conflicts with the Supreme Court decision in Burwell v. Hobby Lobby, which decided that closely-held businesses with religious objections to mandatory coverage for sterilization and contraception are exempted from the federal HHS mandate.