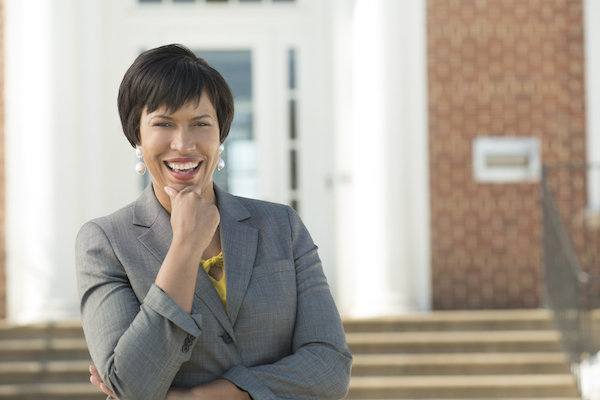 WASHINGTON, D.C., January 28, 2015 (LifeSiteNews.com) — The mayor of Washington, D.C., Muriel Bowser, has signed two bills into law that force religious institutions, and others, to violate their conscience.

The first bill, the “Reproductive Health Non-Discrimination Act,” (see the Committee Report here) makes it illegal for any employers — including religious and pro-life groups — to use a person's belief or actions about abortion in consideration for hiring, firing, or on-the-job treatment. It also requires coverage of abortions.

This law, which supporters claim prevents discrimination against women, has drawn opposition from the Cardinal Newman Society, which says it violates the Supreme Court's Hobby Lobby decision last summer in favor of religious liberty. It also drew opposition from former mayor Vincent Gray, who last year wrote of his office's concerns that the Act would violate both federal law and the First Amendment related to religious liberty.

Gray, who said he “applaud[s] the goals of this legislation,” also noted that the Act's language could be considered a violation of the U.S. Constitution's guarantee of equal treatment, as its supporters are only aiming to protect alleged rights of women, not men.

The other bill signed by Bowser is the “Human Rights Amendment Act” (see the Committee Report here). According to the Committee Report published on October 15, 2014, “educational institutions affiliated with religious organizations would not be allowed to prohibit gay and lesbian students groups from using the school facilities and services.”

The report says the law does not require funding or official recognition for such groups, but according to Heritage Foundation policy experts Ryan Anderson and Sarah Torre, it “could force Christian schools to recognize an LGBT student group or host a 'gay pride' day on campus.”

Under existing federal law, both pieces of legislation have 30 legislative days to be disapproved by Congress and President Obama. If this does not happen, they become law.

A senior GOP Hill aide told LifeSiteNews, “The House will review these bills, especially in light of concerns about religious liberty and conscience rights violations, and respond accordingly.” The aide also said that “Congress will continue to consider [the Abortion Non-Discrimination Act] and will consider ways to protect individuals, organizations, and providers’ religious beliefs and moral convictions.”

It is not known whether President Obama will sign a resolution disapproving of the D.C. laws, should it reach his desk after approval by both chambers of Congress.